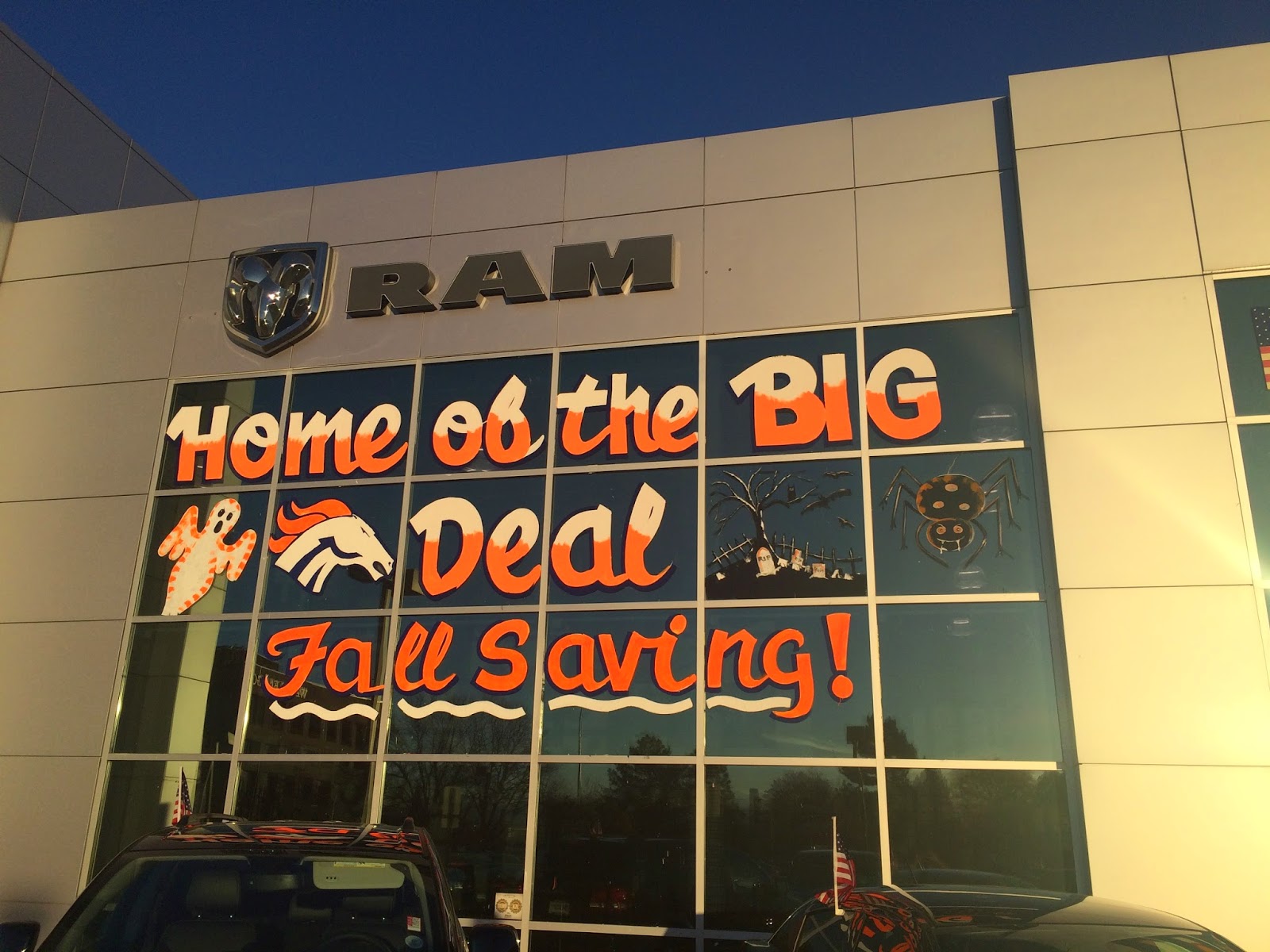 I found myself going a long ways and feeling really good. I ended at almost 9 miles because it was getting late, but I probably had a few more miles in me if I had the time. This was the second consecutive run where I felt amazing, which I hope turns into more of a trend, as it's a great feeling.

The funniest and most memorable moment of this run came at the time I was taking the photo above. I stopped at this Dodge dealership. They have a history of hand drawing Broncos logos onto their windows to exploit the natives love of their local football team. I naturally have no issues with this, but I can't imagine that they are actually paying any type of licensing fees for the privilege of using Broncos related imagery. Fast forward to me waltzing onto the dealership lot and snapping photos, and a bewildered car salesman walking up to me. I have no interest in buying or even looking at a car, I'm only on the premesis to take a picture of this silly window for this blog. Guy walks up to me, and sheepishly asks if he can help. I dismissively tell him, "I don't need any help, I'm just taking pictures." I don't tell him why I'm taking pictures, and he looks like a kid that just got caught with his hand in the cookie jar. He backs away from me silently, and all I can think is that I've freaked out his manager who now thinks that perhaps they are going to get a cease and desist letter from an NFL lawyer at best or get sued at worst.

Now, I'll fully grant that I may be reading WAY too much into this guys look, and perhaps he just wondered why the weird jogger was taking pictures of a window. I'm fine with that series of events, too, but I really hope that they area sweating out the use of an unlicensed logo, if for no other reason than it makes me seem much more powerful than I have any right being, which is hilarious to me. 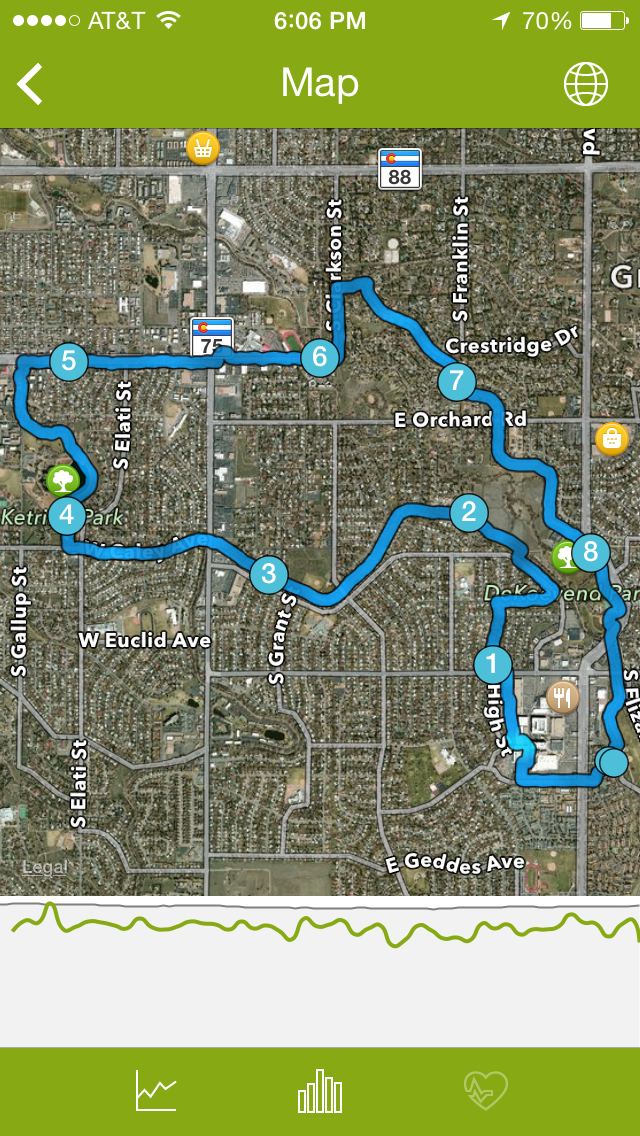