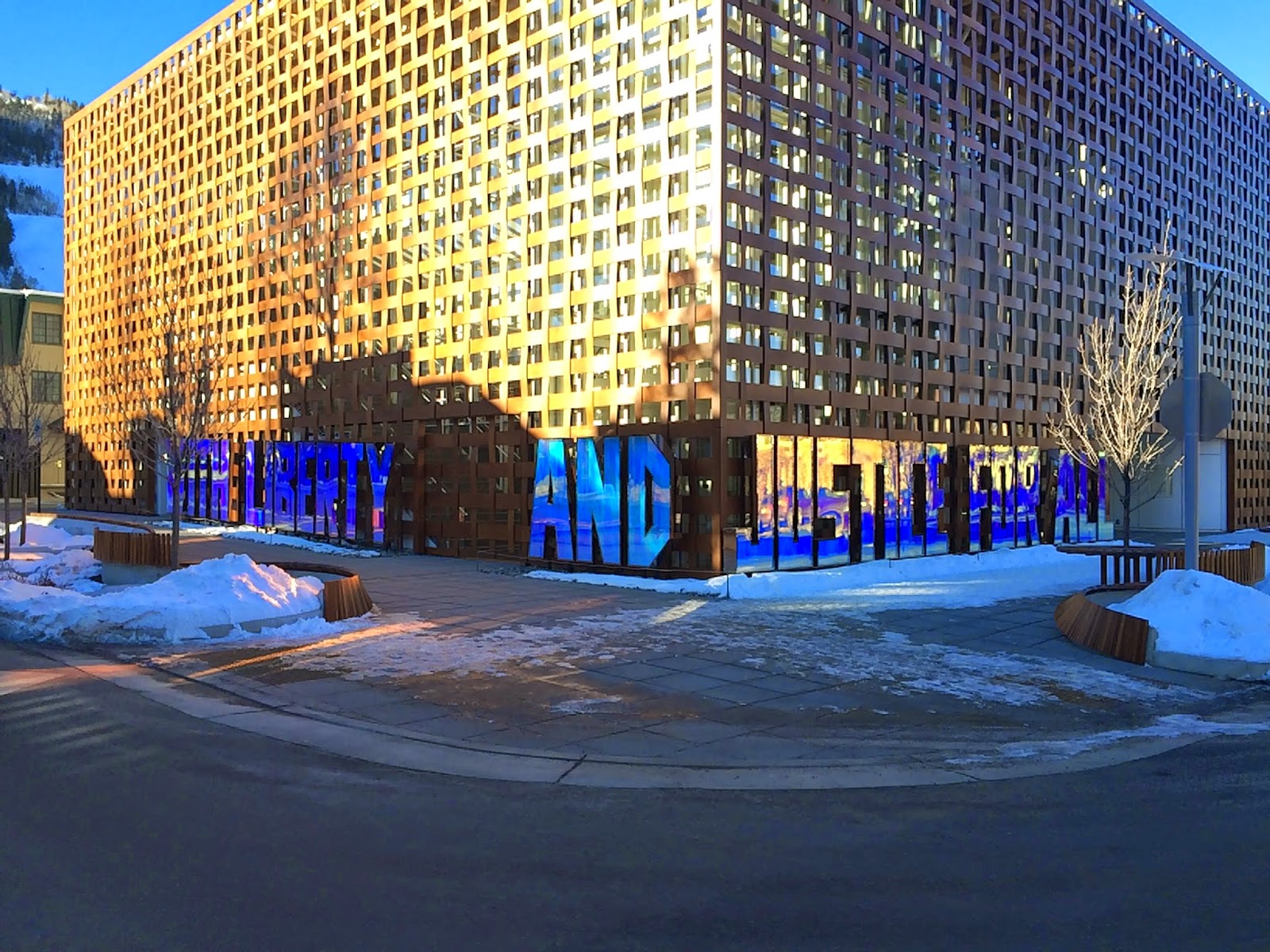 It was Black Friday, and while much of America was camping out at Best Buy to save money on electronics, I was getting up to run the streets of Aspen. We were staying on the outskirts of that most ostentatious and oddly charming mountain village, and while the family slept I snuck out intent on checking out the town.

Weird thing about Aspen...they have a wide network of wonderful trails surrounding the city which they manicure meticulously, but their sidewalks appear to be largely free from having to deal with shovels scraping them. Running in town seemed to be a somewhat foreign subject, as my speeds dipped severely while there as a result of gingerly scampering on large plots of icy ground. What it lacked in sidewalk maintenance, it made up for in interesting things to see. This is the first run in the history of the blog that included an operating ski lift. When I went to the bottom of the ski hill to check it out, I was amused that I was clearly the only person not in ski boots, and felt quite odd in my running shoes that close to the gondolas.

This run also took me past a restaurant with a bear statue on it's roof (which I rather enjoyed), past a quirky store that named itself the "Aspen Emporium & Flying Circus" and of course, past the Aspen Art Museum (seen above) which is a very cool looking building hosting a VERY pretentious collection of Art. We visited the museum later on this day, and one of the docents tried to explain a piece by telling me that a piece (which was a hood ripped off of a hoodie and nailed to the wall) was more about what wasn't there than what was. If you go the jazz apologist route and tell me that I have to listen to the notes the artist ISN'T playing, you have lost me. I can listen to the notes someone isn't playing by staying home. At some point, I want art to be about what the artist IS saying, not what he isn't saying. Still, I enjoy a smug pretentious art person, so I found the Art Museum to be endlessly entertaining in a way that I'm pretty sure they weren't intending.

The last half of this run sped up a bit as I found the Rio Grande trail leading me out of town and on a round about way back to the house where I was staying. I had walked with one of my hosts on a similar trail the day before, and he told me a story of a time when a bear crossed his path. I was enjoying the well shoveled dry trail and hoping that at no point would I cross a bear unless it was another statue on top of another restaurant. I saw very little wildlife, but I did see some homes that the word extravagant doesn't even begin to cover. People in Aspen have some money, and they aren't afraid to throw a lot of it into building large homes. Wow, I was speechless at the preposterous size and luxury of these "residences". These huge palaces were basically out in the middle of the woods. It's disorienting to see such opulence in such a rustic setting. I oogled a few giant houses as I ran the trail, until I had to cross a bridge which led me back toward a more reasonably housed segment civilization. The downside to this was that not only did I have a lot fewer crazy homes to view, but I also had a gigantic hill to run up. This slowed me quite a bit, and at about five miles into the preceedings, it quickly wore me out. I was quite happy when I finally made it back to the house.

It was an eventful and interesting run, but it's safe to say that the city of Aspen itself is not designed for runners. Nice place to visit for a run, but I wouldn't want to live there as a runner. Those trails, though...pretty nice. 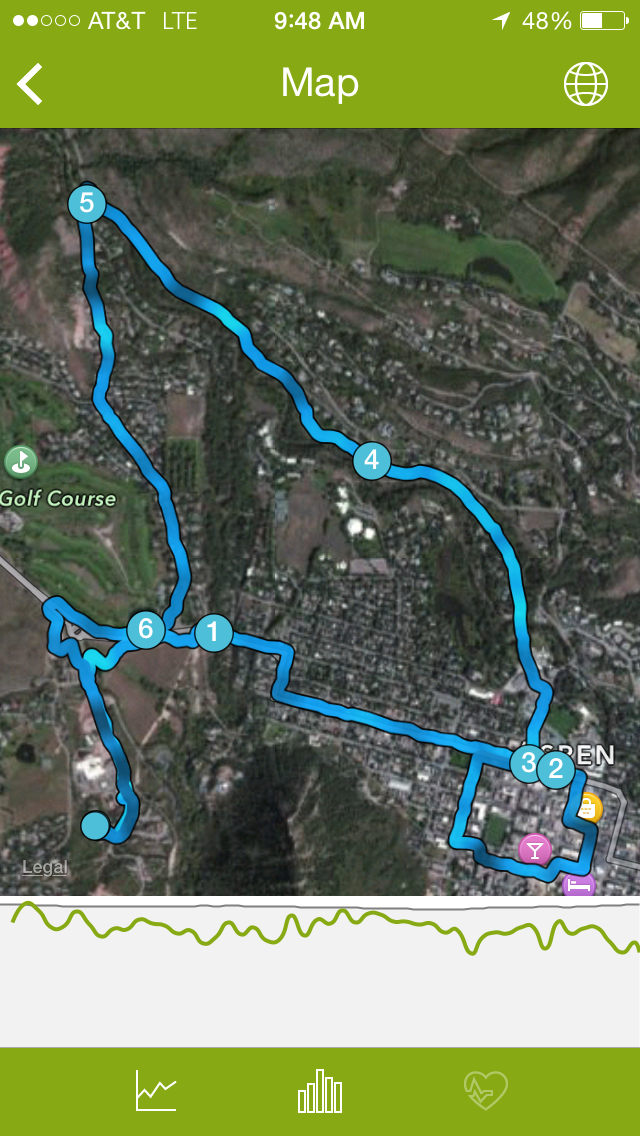