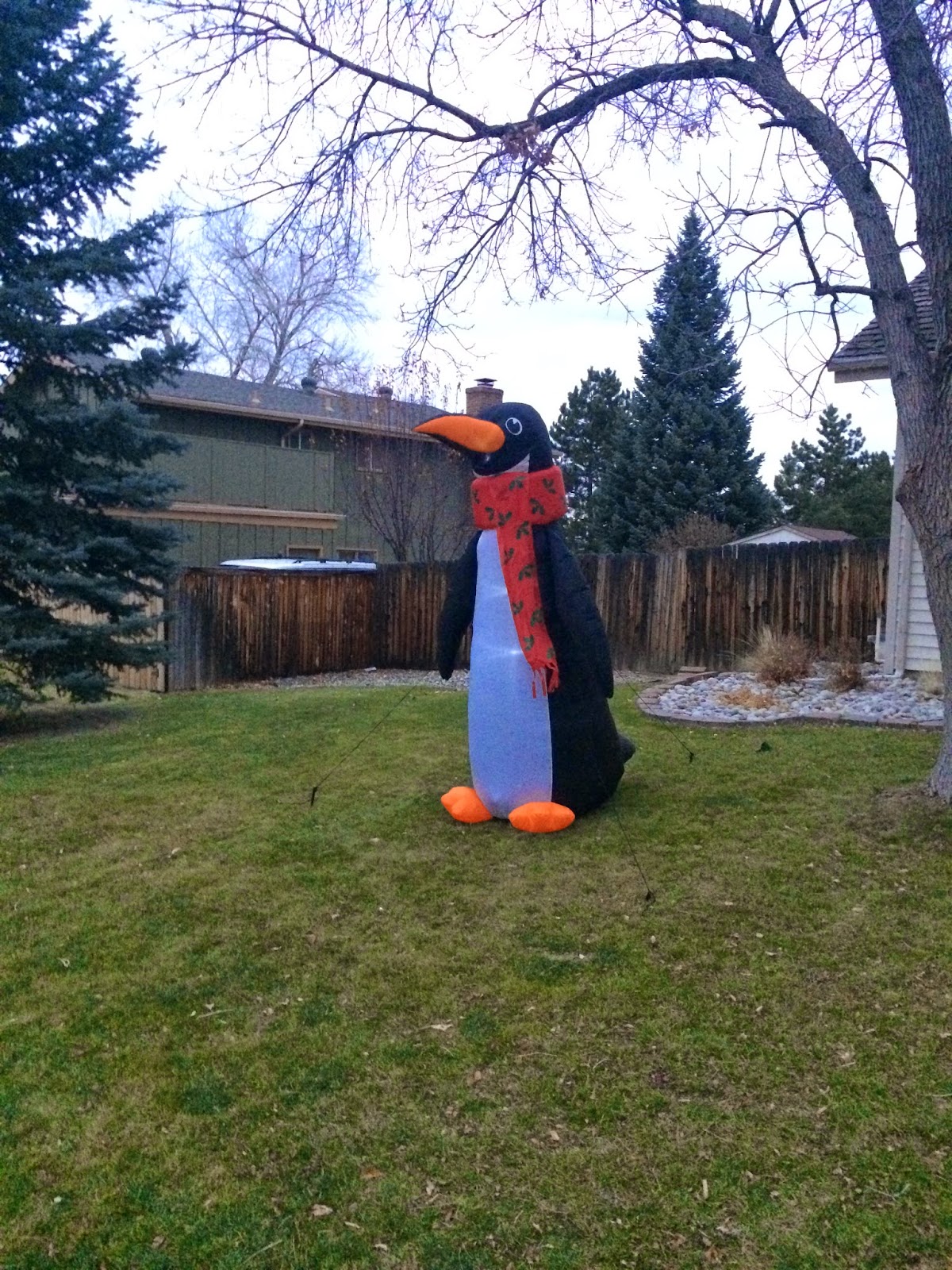 Something about Christmas makes people put giant inflatable penguins in their yards. The best thing about this house is that this penguin was the sum of their Christmas yard decorations. You could see the tree that was inside the house, but there was not another outdoor decoration other than this giant 8 foot penguin wearing a scarf. I have to say, I enjoyed the minimalism of it.

This run began with a clunk, as my blood sugar went low about a mile in. When that happens, I lose all momentum and concentration and energy and I'm basically a human slug. It's the worst, I hate it so. I felt better after stopping in to get a little Egg Nog froyo (44 cents after coupon) and shortly thereafter the run improved drastically. It also helped when I switched over from my podcast (the humorous Judge John Hodgman pod) to a little Mumford and Sons. I know that a lot of people find Mumford and Sons to be hokey or ridiculous or obnoxious, but I love em. Turns out that this music was exactly what I needed to get moving much quicker and feeling much better. At some points in the music I even got uncharacteristically emotional as I was running and started flailing my arms about in a ridiculous victorious manner.

I'm often a ridiculous human being. I get that.

Final thing about this run...Holy geez, the Christmas lights are already out in force. I guess we're only three weeks away at this point, so it makes sense, but wow are there a lot of Christmas lights and decorations everywhere. I have a feeling that might be a theme in the upcoming weeks on the blog. We'll have to wait and see. 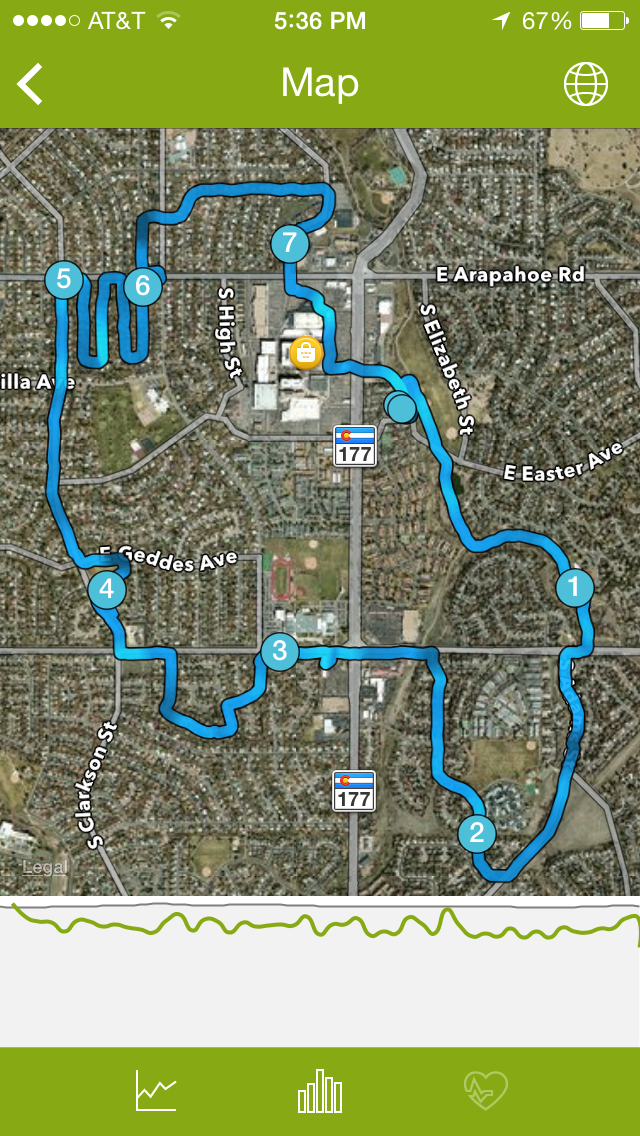