December 21, 2014
8.02 Miles in 1:14:16
Mood: Merry Merry Whatever.
Soundtrack: Miscellaneous Adventures from the World of Mike Carano / The Decemberists "The Crane Wife"

It had been awhile since I'd gotten in a good Wash Park run, so it was nice to spin around the park a few times. Naturally on my first lap, I went a little further North so I could go say hello to the Weckbaugh Mansion, and then I circled the park a few more times. Although the temps were in the 30's, it was sunny and I felt warm enough despite not being all that bundled up.

The park was surrounded by homes decked out for Christmas, including the home that was today's photo...oddly it was the second Flamingo Christmas decoration I had come across this year. Apparently flamingoes and Christmas is becoming a thing as the hashtag #flamingochristmas surprisingly has over 50 photos attached to it on Instagram. That surprised me a bit.

Wash Park in winter is much less populated with runners than it will be in a few months when things start warming up in the spring, but there were still quite a few people running around. I think the energy I get from seeing so many people running is one of the things that I like about the park. It gets me going and keeps me moving in a way that I just don't get when I'm running around a trail or neighborhood and only see a few people on the move. My times usually always improve when I'm running at Wash Park...part of that might be the synergetic energy of other runners (and probably part of it is the fact that it's a flat place to run, so I have fewer uphills to navigate.) Still, it feels like a home away from home for me to run, and I always enjoy when I get a chance to go there. 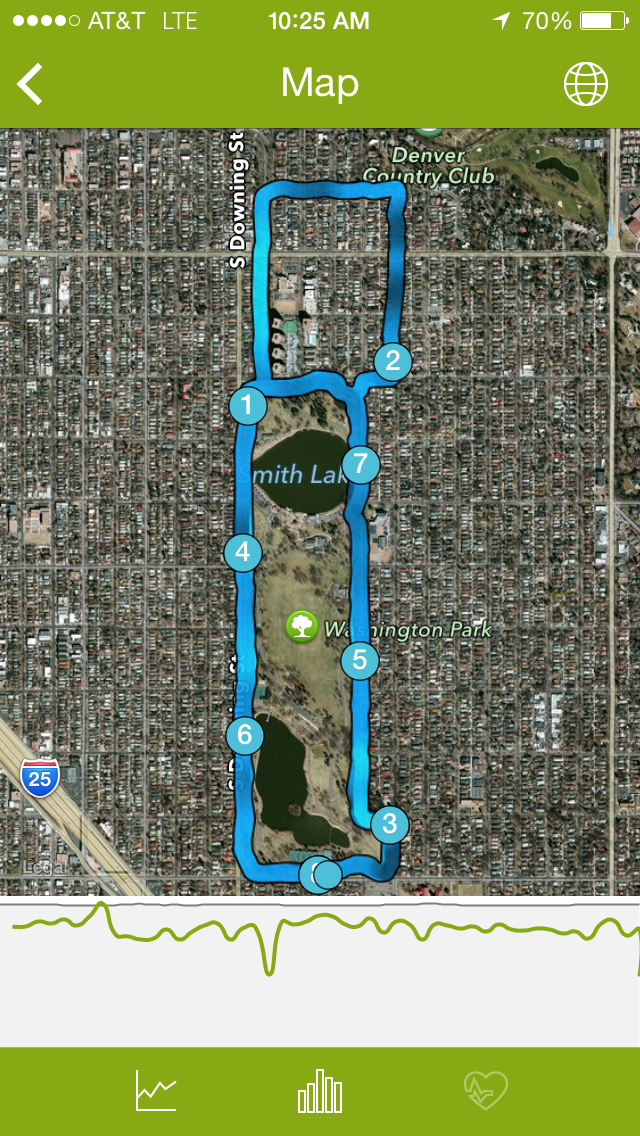