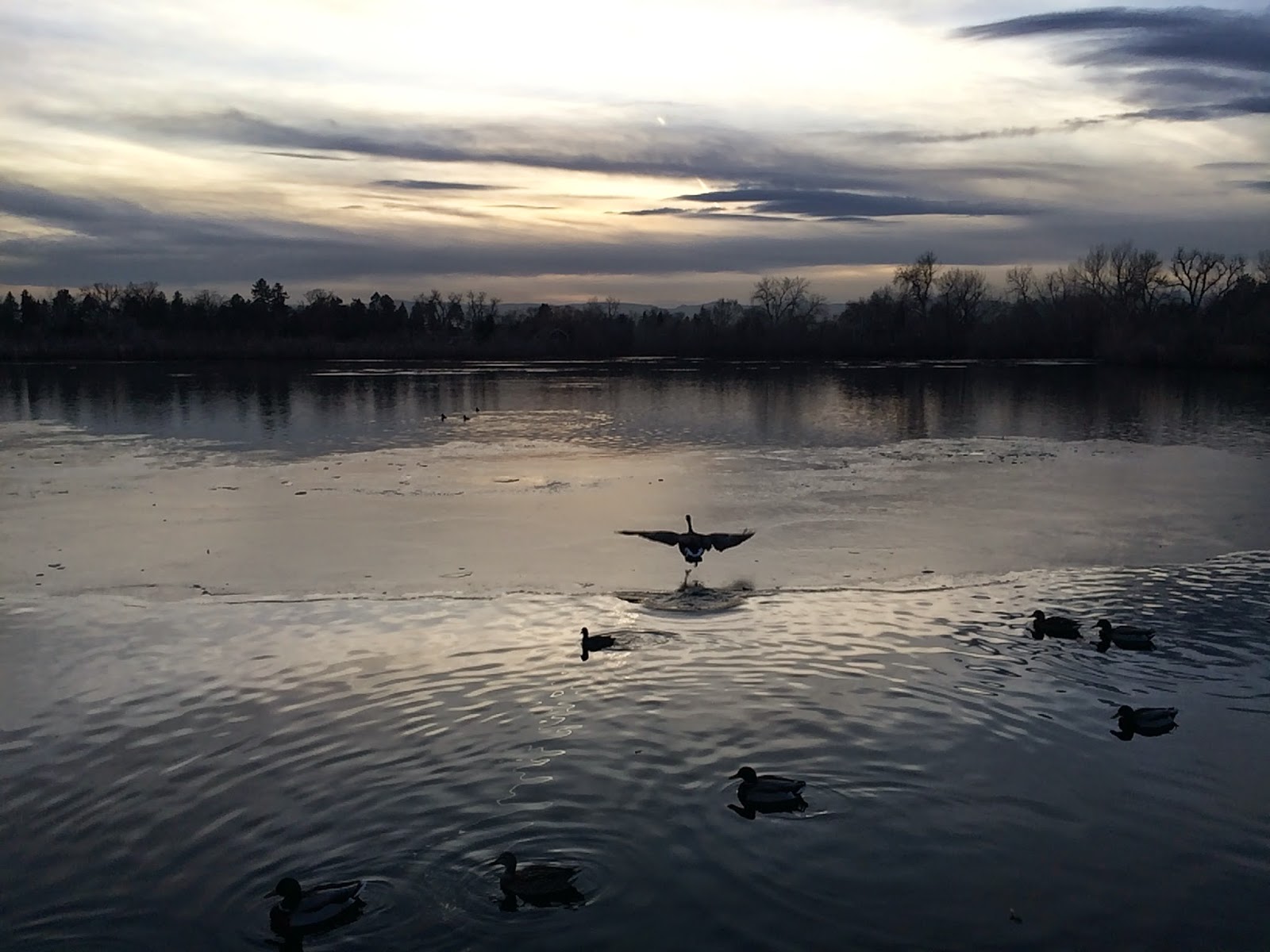 Less than two tenths of a mile into this one, I was about to give up. My rib injury was screaming at me. I stopped running for about ten seconds and seriously considered turning around and forgetting the whole thing, but something pushed me forward.

I'm glad I kept moving, as after about the first mile, I was loosened up and felt pretty great. It was a beautiful afternoon. We have entered the part of the year where the days are the shortest, so the sun starts to set well before five o'clock, so I had to hurry to enjoy the last few bits of daylight. There was some magic in the dusk this evening for whatever reason. I decided to loop around Ketring Lake, as despite the goose droppings, it's still one of my favorite local areas. The lake seemed extra beautiful tonight, so I pulled out my camera and started snapping pictures, and then this big goose started flying away from me. I really liked how that shot turned out, so that's how I ended up with today's picture.

As I left the lake, I started following a woman in her late 40's or early fifties as I ran along Caley Ave. She was running ahead of me, but at just a slightly slower pace than me, so it took me awhile to catch her. I caught up with her right around Broadway, and as we waited for the light to change, we exchanged pleasantries. We both headed towards the east on the Highline Canal, and I figured that since I had been moving faster than her, that I'd pull ahead of her and leave her behind. However, I appeared to have motivated her, as although I was maybe 20 yards ahead of her, she kept up with me for several miles along the trail. Always just slightly behind me, as I could hear her footfalls each time a song ended and I could catch her out of my peripheral vision every now and then. She was actually pushing me to keep going strong, and I appreciated her for it.

When I arrived at the place where I leave the Highline Canal trail to head on the trail towards my home, I turned to see her continue following me. I said almost involuntarily..."You've gotta me kidding me!" which probably sounded like I was annoyed, as she immediately apologized. I wasn't annoyed, just amazed that we had followed the same trail for over 3 miles, and now she was leaving it at the exact same spot. Although the only contact we previously had were a few pleasantries waiting to cross Broadway, for the final six or seven minutes home, I chatted her up.

I learned that she has a 16 year old daughter that she shares a car with, and on some days when her daughter takes the car, she runs home from the light rail to her house that is near Arapahoe and Holly. She loves running, but hates snow and despises how poorly snow is removed in the area. I learned that she doesn't usually run as fast as we were going, but was using me as a way to pace herself. I laughed, as I told her that she was pushing me too. She seemed very nice, and I was glad to meet another person who enjoys running like I do. Conversations like this are few and far between, as it's rare to have someone keep pace with me for so long and run in the same direction at the same time long enough to chat. It's a pleasant feeling, and I wish it happened more often...even if it's a little weird that it felt like she was hunting me down for about a 2 and a half mile stretch. 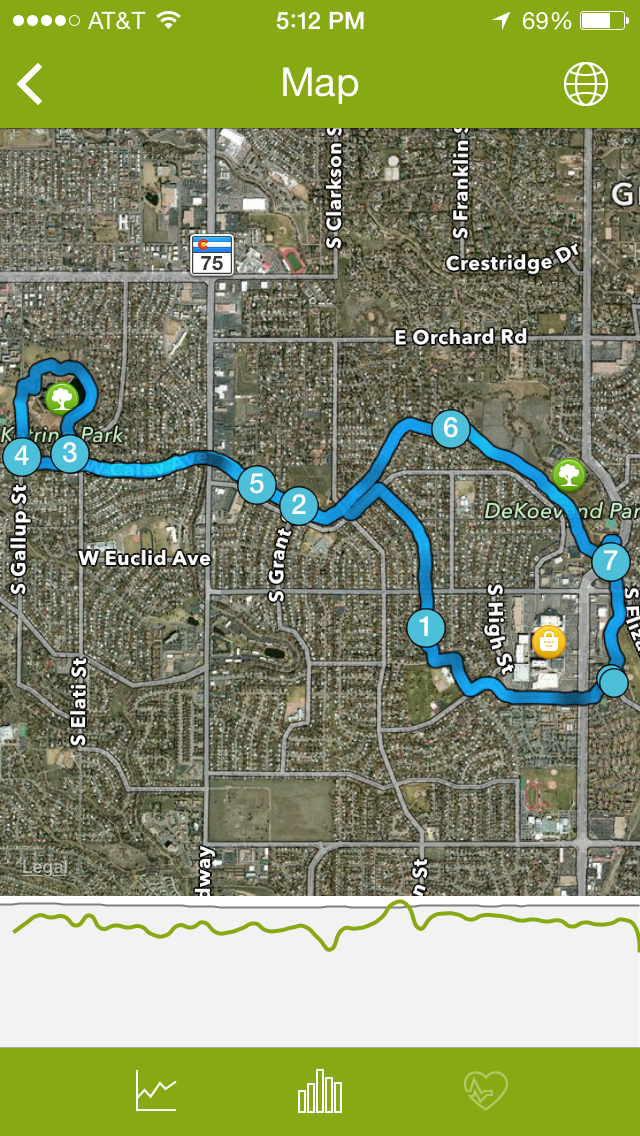