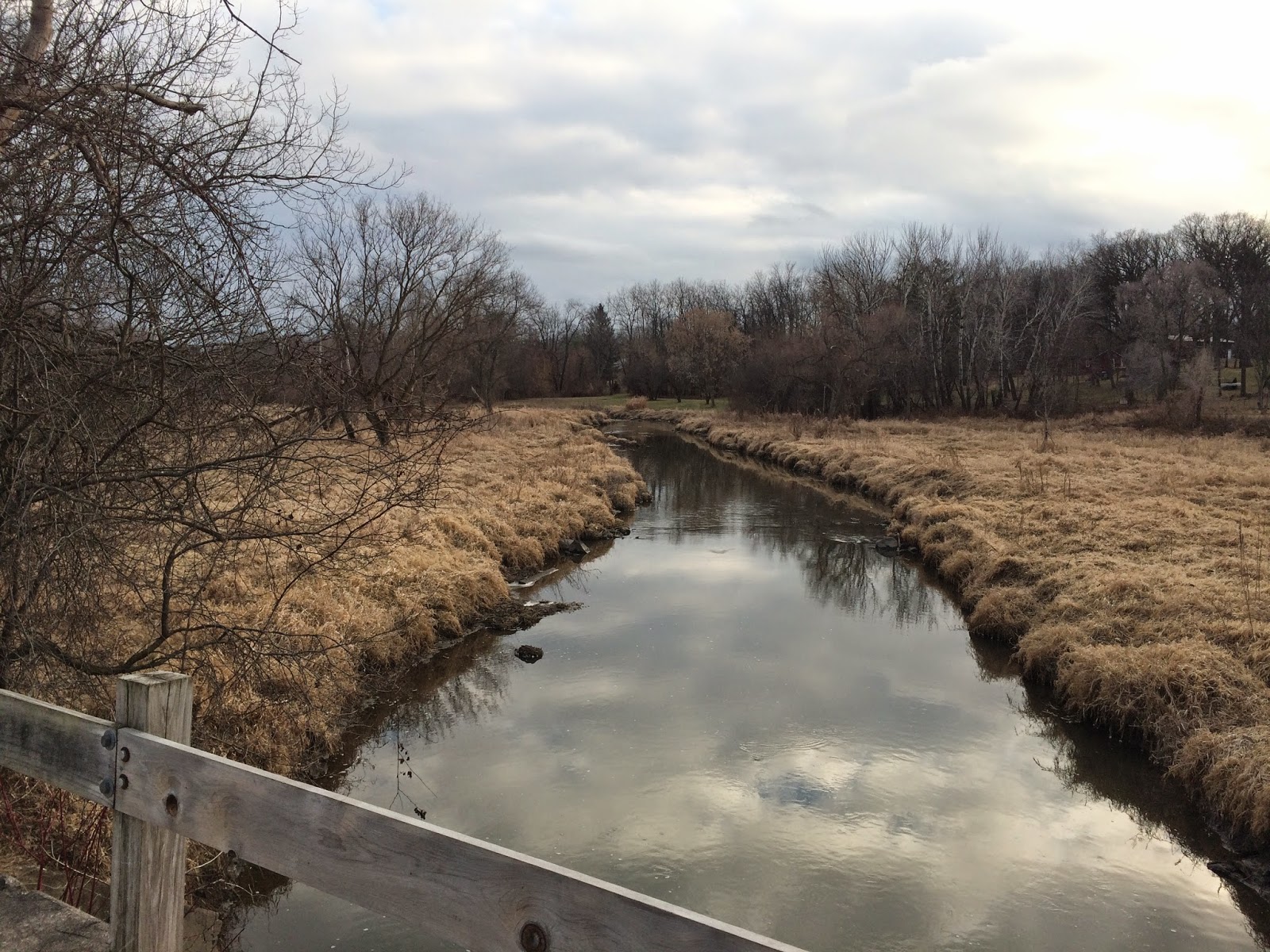 I'm not sure if it's the moisture in the air, the fact that it's further north, the lake effect, or perhaps God just has an issue with the Chicagoland area, but Chicago cold is colder than Colorado cold. I experienced this far too strongly on my previous run, and I was a little anxious about going out, as the temps were in the 20's as I set out, and on the previous run where I froze myself silly, the temps had been in the 40's.

After much deliberation, I decided to head out, as I knew I wasn't going to get another opportunity in 2014. This time, I was more prepared, as I bundled up with gloves and a hoodie in addition to my regular running shirt. I had no interest in getting as cold as I did on my run to Naperville, and the weather was even chillier at this point. It took a few miles to get into a good grove, but once I settled in, this was actually quite enjoyable. I hit the Prairie Path as I had originally planned to do on my last run, and ended up running northeast for several miles. I was listening to music and kind of lost myself in a chilly haze of discovery and beauty.

Running through those forest preserves is unlike anything I usually experience in Colorado. The foreignness of it all combined with the fact that I had no idea what the path ahead was going to look like combined with the idea that I only had a vague idea of the way back made it an exhilarating run and unlike running through the industrial complex of Warrenville, this time I was in a nice comforting forest which made the run more welcoming and less stressful and painful. Best of all, there was practically no wind, the real culprit in the frozen misery of the previous run. 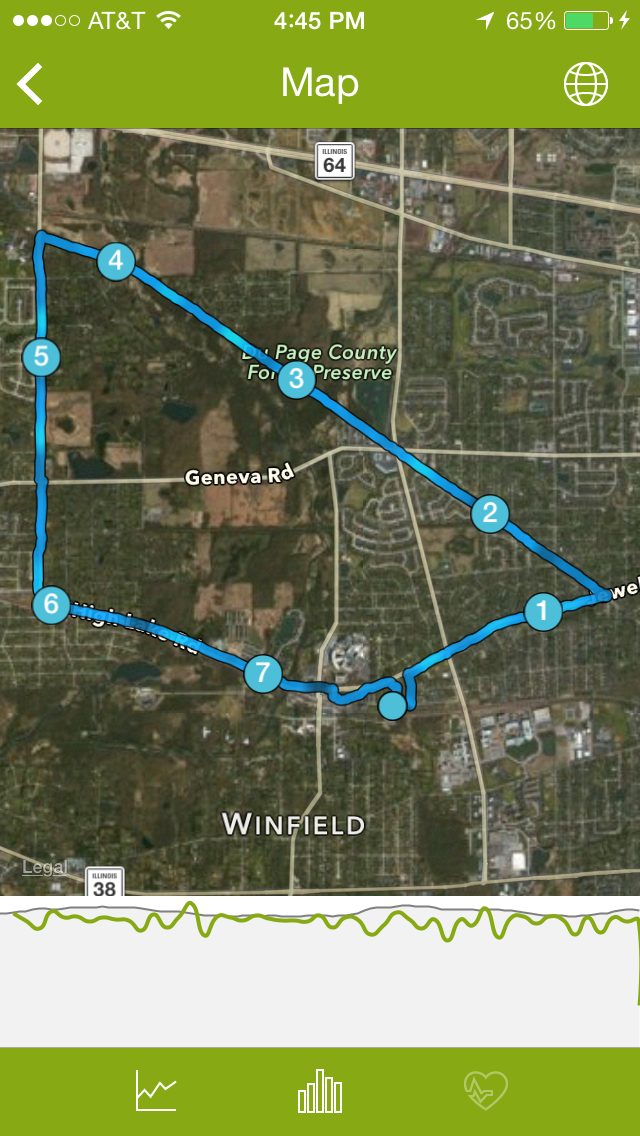