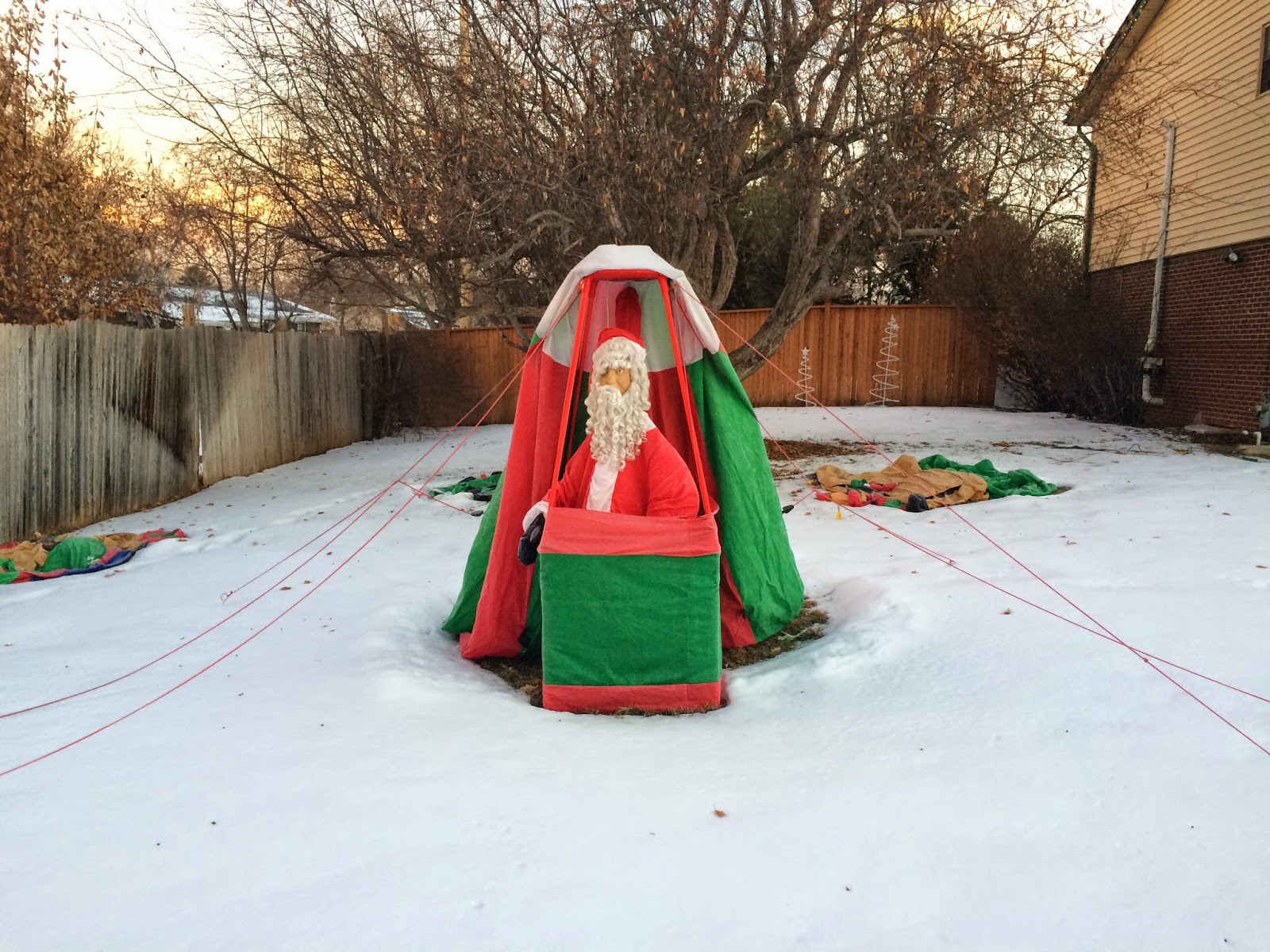 A few months ago, my boss decided to shake up our team's schedules so that we'd have more people working later into the day. Through a series of events, it turned out that my schedule would go from starting work at 6:30 in the morning to beginning my day at 8:30 in the morning starting with the new year. This shift had always seemed like a far off thing that eventually would happen, and then today it happened for the first time. As a result, my alarm went off at it's regularly scheduled time, and rather than dragging myself through my usual morning rituals, I threw on my running clothes, had a quick breakfast, and then headed out into the dark for a run BEFORE my normal day started.

The fact that I didn't actually fall down at any point while out on my run today is actually somewhat miraculous. On several occasions, I started doing the arm waving, tilting, I'm probably going to fall dance, and only through some super-human displays of balance was I able to right myself and not end up bruised and wet sitting on the ground wondering when the pain will stop. Yes, the roads were quite slippery at 6AM in the Denver Metro. Actually, it was somewhat warm this morning when compared with recent mornings when the temps at around the same time were hovering in the low single digits. I was happy that it wasn't THAT cold for my inaugural early morning run, but I'm sure those days are coming. One thing I'm not so pleased about is the fact that so far every Colorado run in 2015 has been on a slippery surface, and as a result my speed is annoyingly slow. I guess the ice will eventually melt, right?

Actually, as I found myself halfway through the outing, the sun started to brighten up the neighborhood and I found myself really enjoying the early morning hours. It's kind of fun to be up and at em when most of the world is not. I find myself hopeful that this morning stuff will work out okay...even as I somewhat dread the idea that I'll be staying at work until 5 like a normal corporate stooge from now on.

Today's picture comes from the second half of my run, as a pathetic looking Santa in a hot air balloon basket is the only thing that is still semi-erect in a yard still full of inflatables which are sadly no longer being inflated. On this the final day of Christmas, it mostly just made me want this person to get on it and finish putting their decorations away. It's reaching the point where it's just pitiful to see these decorations holding on to a season that has now officially passed. Move on, Santa. Move on. Nothing more to see here.