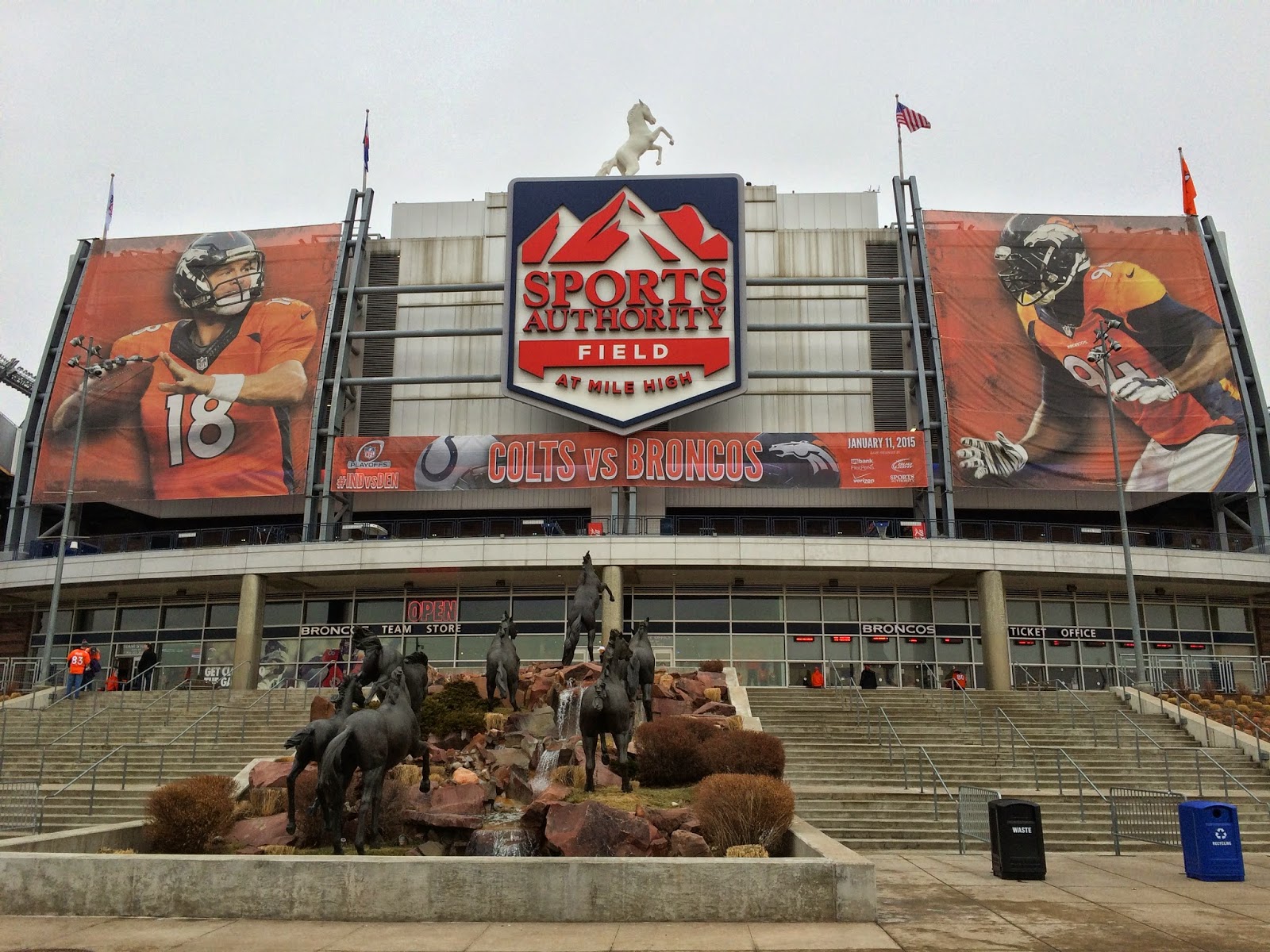 There was a dark grayness penetrating everything as I was driving North to City Park. If I were one to believe in omens, this type of suffocating dullness of the sky would definitely not be a positive harbinger. It was the day of the Broncos first playoff game against the Colts, and although my football team would lay a stink bomb later that day...I was optimistic about their chances as I set out.

I parked in City Park, and the plan was to head to the stadium and see what I could see. It was still early in the day, about five hours from kickoff, and the city was just starting to rev up for it's favorite team getting ready to play an important game. My route took me through downtown, and there was a cautious optimism from everyone I saw. I passed masses of people dressed in orange and they looked as though they expected good things to happen. The few people I bumped into that were dressed in Colts blue honestly looked nervous, and the longer I ran the better I felt about the game.

I stopped a few times in downtown, once to check out Union Station...as lovely as ever, and once to take some pictures of a graffiti mural on the side of a building which was pretty impressive art for someone working in the medium of spray paint.

When I arrived at the stadium, it was still a long ways prior to kickoff, but there were tailgaters everywhere in the parking lots, and a few people were even mulling around the stadium. I stopped in the Broncos Team Store and it was abuzz with commerce, orange merchandise flying off shelves. As I completed my lap of the stadium, I saw large groups of Event Staff getting their marching orders for the day, and they honestly looked frightened and annoyed...as if working the stadium gates was one of the hardest jobs one can do. I felt badly for most of them, it's probably not a ton of full to be crowd control for an NFL playoff game.

I felt pretty strong throughout the run, and thought that was a good sign as well...you know...if I believed in signs. My music choice of Peter Mulvey was positive and made spectacular running tunes...he's a singer songwriter with an interesting and optimistic view of the world. Not the type of music that will pump you up, but it will leave you feeling good all the same. For a change, there wasn't a trace of snow anywhere on the streets as I ran, so my times and my footing on the sidewalk both improved dramatically over previous runs this week. When I got home, I was feeling awesome...Then the Broncos laid an egg and lost 24-13. Oh well, I'll always have this morning run, and IT was great. 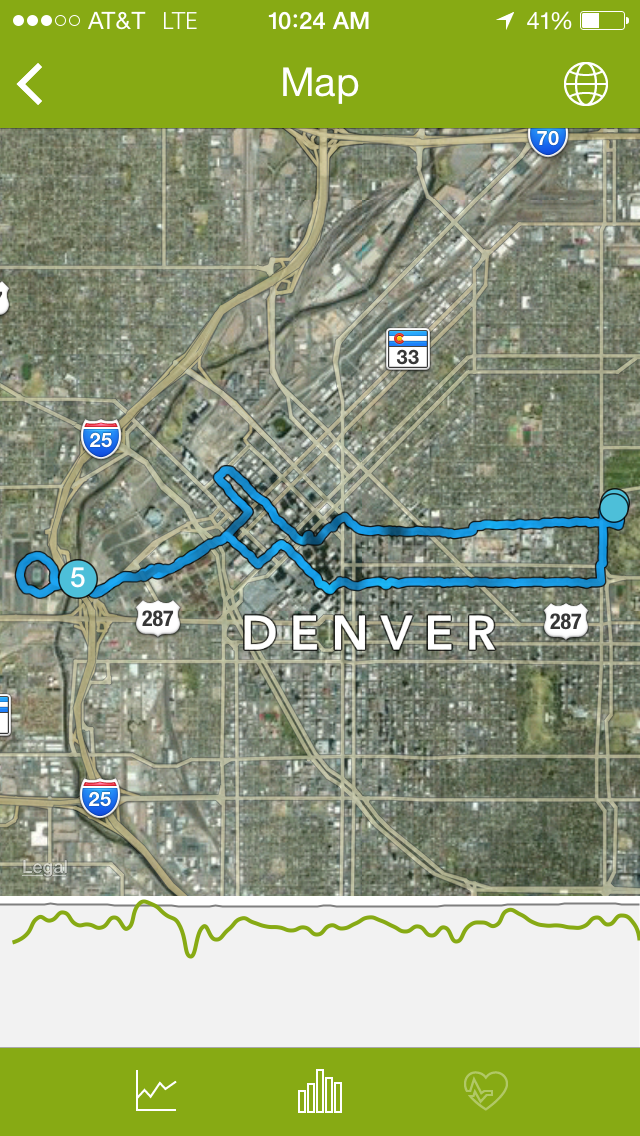