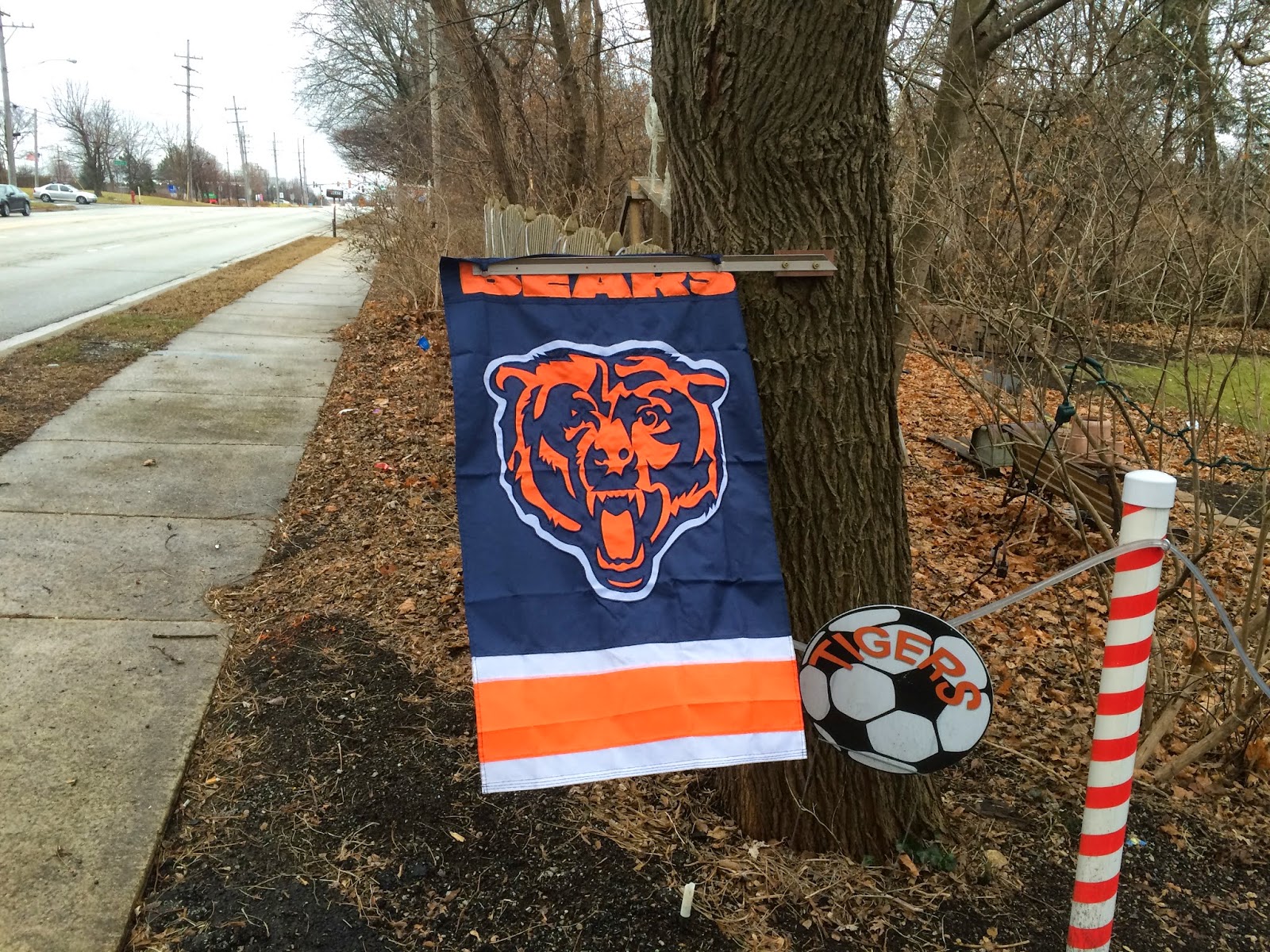 I left my Mother-in-Law's house and the temps were in the mid 40's. It was definitely chilly, but I've run in a lot worse, I felt confident in my usual apparel. That was a mistake.

My original plan was to once again head out to the Prairie Path only this time take the trail North. I was about a third of a mile on my way when my wife called and let me know that the day's plan involved heading down to Naperville, and that the family was going to leave before I was finished running. She suggested that I could run there, and that she'd bring clothes for me to change into. I was a bit apprehensive, as I had ridden in a car on Winfield Road (The street that I'd need to spend a great deal of time running down) the previous night, and it didn't look terribly runner friendly.

Still, it looked like I'd be home alone for several hours if I didn't head in that direction. So I decided to give it a shot. That was the moment that this run turned from an enjoyable outing to an exercise in survival. Almost immediately at that point, it seemed that the sky turned darker gray and it was almost at this exact moment that the drizzle started to fall. It wasn't enough to really describe as a rain, but my glasses were definitely getting wet, and slowly my shirt was getting soaked. I headed straight south for miles and miles, and although I could tell the temps were dropping, I was running through a heavily wooded area, so it wasn't too bad yet. I didn't exactly have a sidewalk to run on, but there were decent enough gravel paths that were not too soaked as to have become muddy.

It went on like this for about five miles, and that is when I emerged into Warrenville and began the final three mile trek to my Sister-in-Law's house that also doubled as perhaps the most frigid and miserable three miles in my running career. Today's photo is the final spot where I wasn't way too cold. The moment I passed that Chicago Bears banner, I entered a world of pain.

The part of Warrenville that I ran through was decidedly non-residential. What made it hurt so much was that I was cold and now wet, and this section was filled with large office buildings, stores, and restaurants, but hardly a tree in any direction. This meant that the wind was free to flow, and it flowed strongly. It was also at this point where I ended up on a road that was clearly not designed for pedestrians. I turned a corner and found myself running on a large frontage road that was immediately adjacent to the freeway. There was a ton of wind, a very small side of the road area with a retaining wall, and no sidewalks. I ended up deciding to walk for about half a mile, because the ground was extremely uneven, and I didn't want to turn an ankle. Slowing down cooled my body heat, and made me even more chilled. It was at this point that I noticed the skin on the back of my hands was starting to go a little numb.

I got back to an area where I could run with slightly more ease, although the wind and chill had not let up. It was at this point that I received a call from my wife who was driving with her family and saw me on the side of the road. She wanted to know if I wanted a ride. At this point, I strongly considered it, but decided that since I was less than two miles away, I could finish what I started and make it the rest of the way. Right after that point, I entered Naperville, and was able to finish at a somewhat normal clip for the final few miles. I was so happy when I finally arrived at the house. I took a long warm shower, and after a few days, the feeling returned to my hands. It wasn't the most fun of runs, but I felt like I had survived a major test. There was a feeling of accomplishment, plus I always like it when I am able to run to a destination rather than just in a big loop like I normally do. 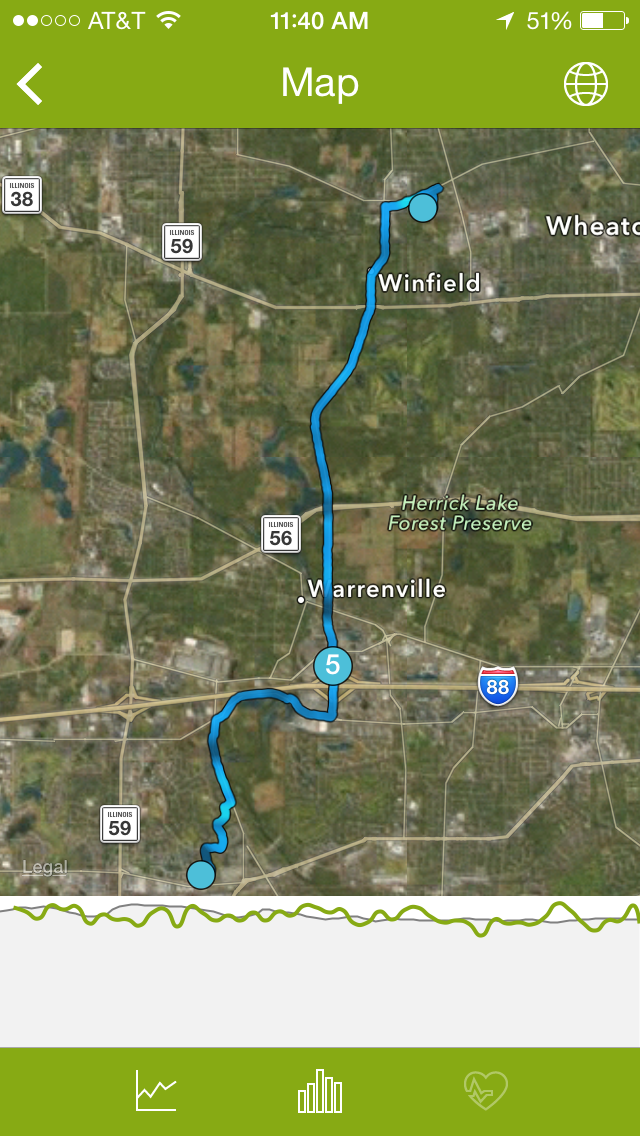