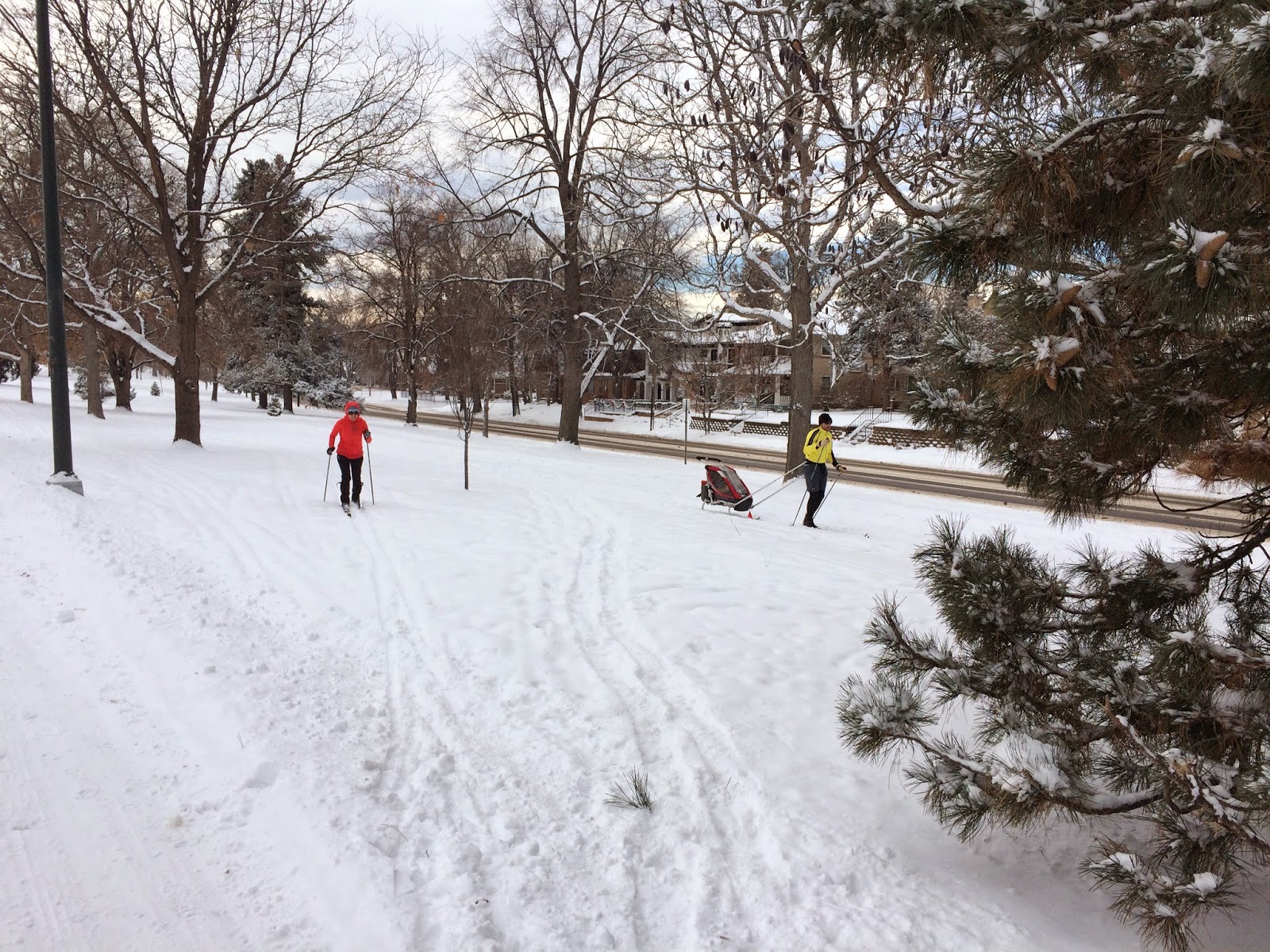 After a somewhat slushy and unfun run on Friday afternoon, I was a little bit gun shy to head out on Sunday morning. Especially since the metro area was hit with another snowstorm on Saturday, so there was going to be even more of the fluffy cold white stuff to deal with. I decided that heading to Wash Park would be a safe call since I would probably be able to run in the park and be able to avoid having to dodge cars as I would be doing if I ran in the streets.

When I arrived at Wash Park, I was immediately greeted with the sight of six or seven cross country skiers traversing what is usually the running trail. This was a discouraging sign, but my hopes were buoyed when I saw them being trailed by a running a moment later. If one person was out trudging through the snow, that meant I could do it too.

It was a surreal trip to the park, as my beloved Wash Park had about as many skiers as runners. I probably crossed paths with about 20 or 30 of each. While my Friday run had been somewhat mucky and dirty with gross brown snow that had been driven on for days, this was a pristine experience. The snow was fresh and white. The air temps were in the 20s, and although I was cold, there was a more joyous and wondrous tone to the proceedings. It truly felt like a winter wonderland, and I for a brief moment I almost understood why some people love winter. The park was truly beautiful.

I tried running on the traditional running path for about two minutes, but it was buried in snow and the uneven strides I was taking made me nervous that I'd turn an ankle, plus I was having to dodge skiers. I decided to move in to the larger street that had been plowed and was a much easier running surface. I saw a lot of runners doggedly determined to stay on the normal path, but the street was much more inviting to me. After three loops around the park, I felt like I had experienced a lovely morning run and had now earned an afternoon of playoff football. I headed back in a great mood, very glad that I had turned to the park for my running venue. 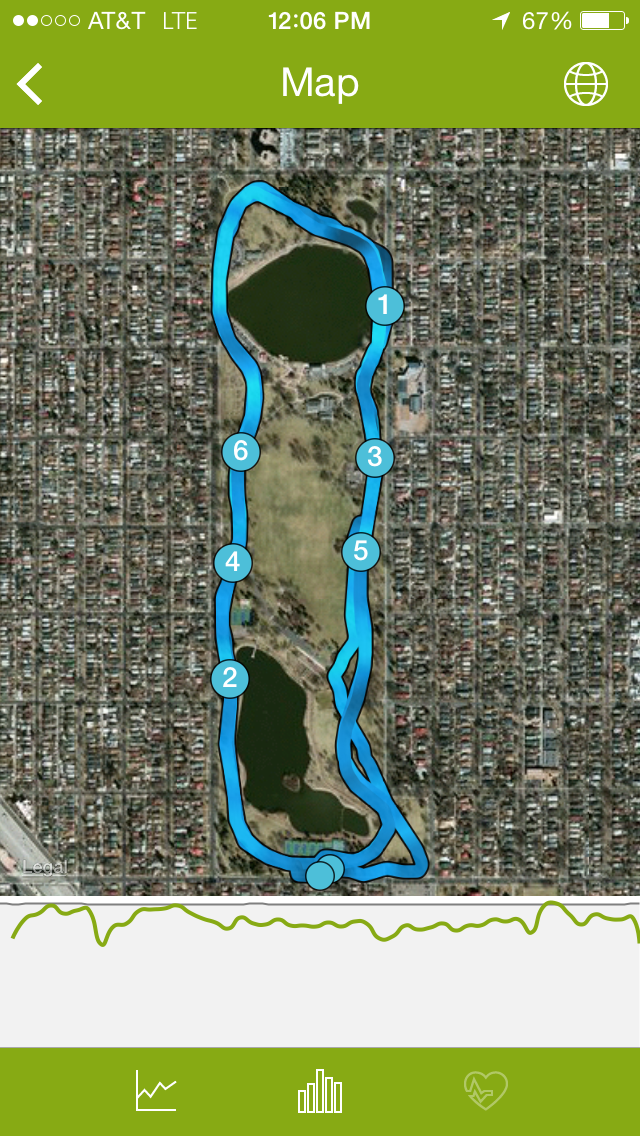