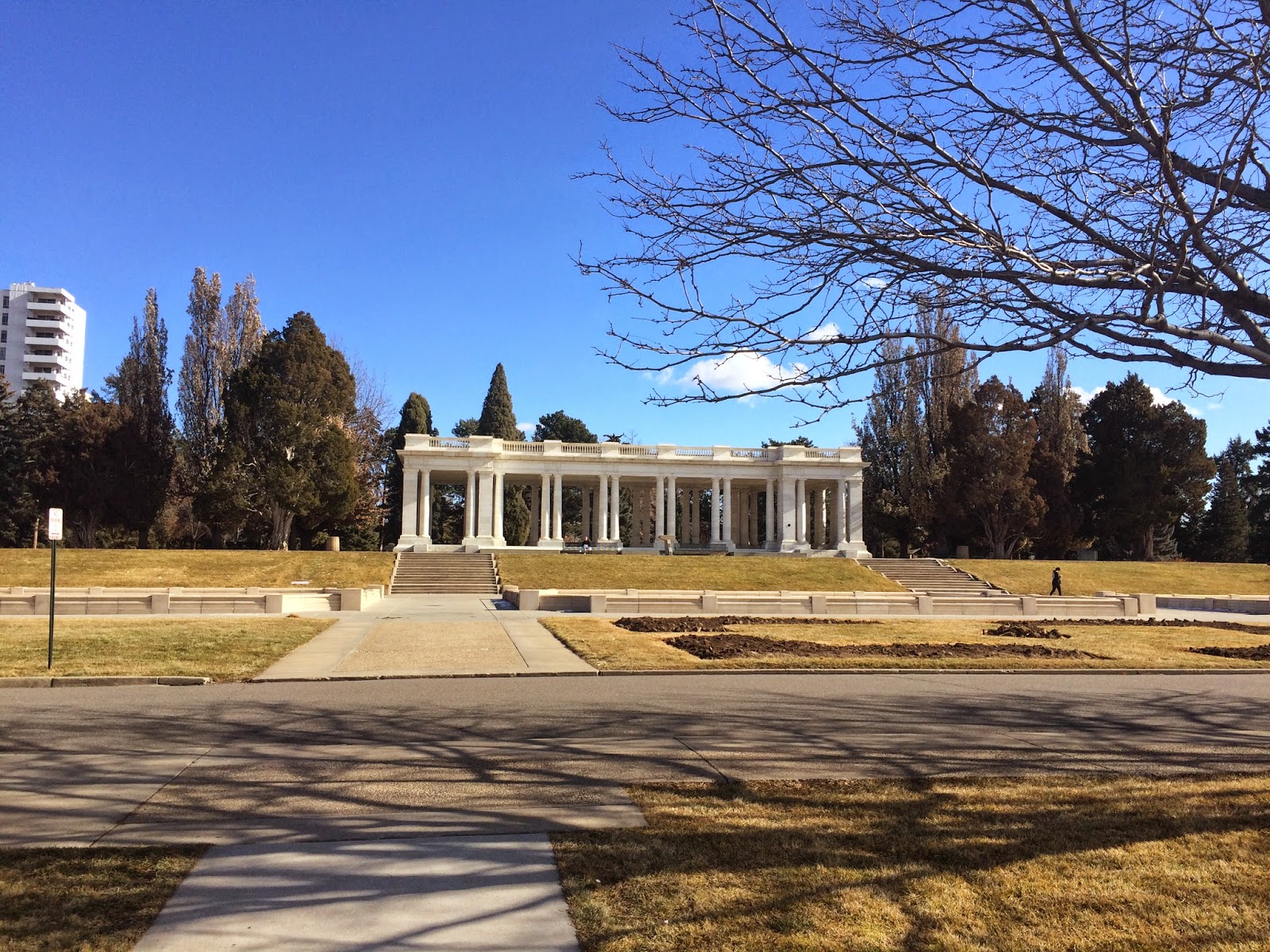 January 20, 2015
1.57 Miles in 12:17
Mood: Feeling the need for speed, and doughnuts
Soundtrack: The Decemberists "What A Terrible World, What A Beautiful World"

So, I had just ran seven and a half miles. Technically, I didn't need to run any further, as that qualifies as a solid day. However, I had more energy to burn, and I had more time to burn it in. My plan all morning was to stop by VooDoo Doughnuts after I was finished running and buy a single doughnut to celebrate a lovely day of freedom.

If the city of Denver didn't have parking meters posted on Colfax right in front of VooDoo Doughnuts, this run might have never happened. I drove past my favorite doughnut establishment, realized that I would have to throw money in a meter in order to park there, and my cheapskate side was in no mood for it. Since I didn't feel like paying even a quarter to park and I still felt like running, I decided to veer just a tiny bit south towards Cheesman park. I knew that there were a multitude of free parking spots in the park, and after finding one, I decided to extend my outing to an even longer run.

I began by running even further away from VooDoo towards the iconic pillars (pictured in this post) that Cheesman is known for. I looped the columns, and ran around the park a bit. Although I had already run quite a ways, I decided to push myself to see how fast I could run with the limited amount of energy I had left in the tank. I ran up to VooDoo, walked in and bought my doughnut, and then zoomed back to the car.

I ended up running a mile and a half at a pace of 7:50 per mile...which is much faster than I usually go. I'm sort of cheating by making this run get it's own post as this is basically a continuation of my run from earlier in the day, but the fact that I got a great picture of the Cheesman pillars combined with the fact that I ran rather quickly, combined with the fact that this run began about 15 minutes and a short car ride after my other run had ended, I decided that this deserved it's own post.

Also, the doughnut was delicious. (It was a Portland Creme, in case anyone cares.) 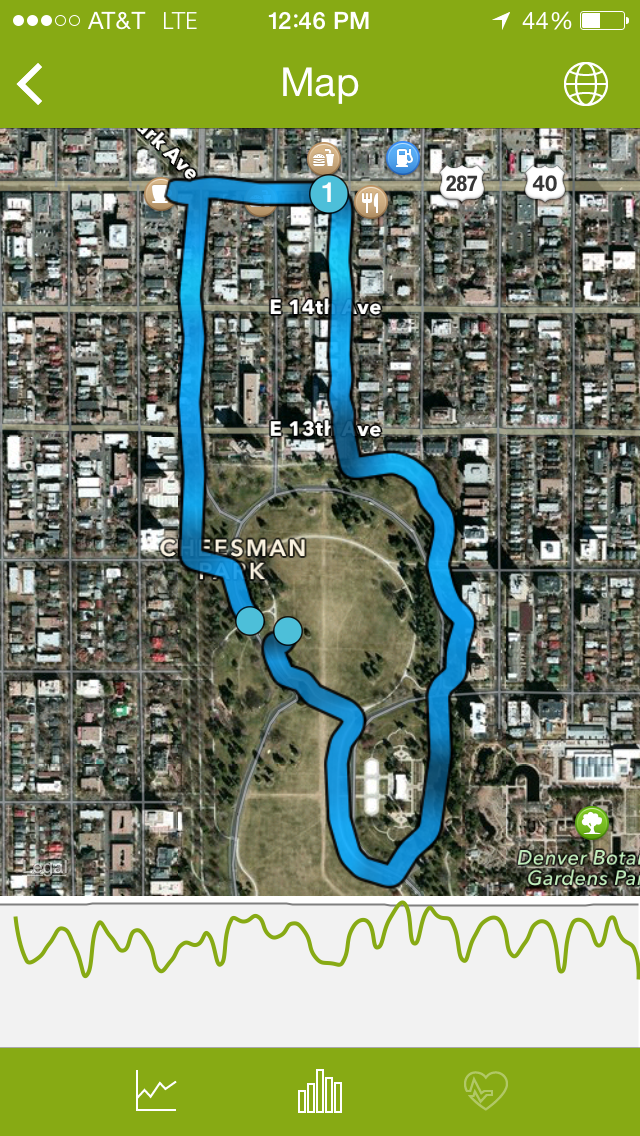