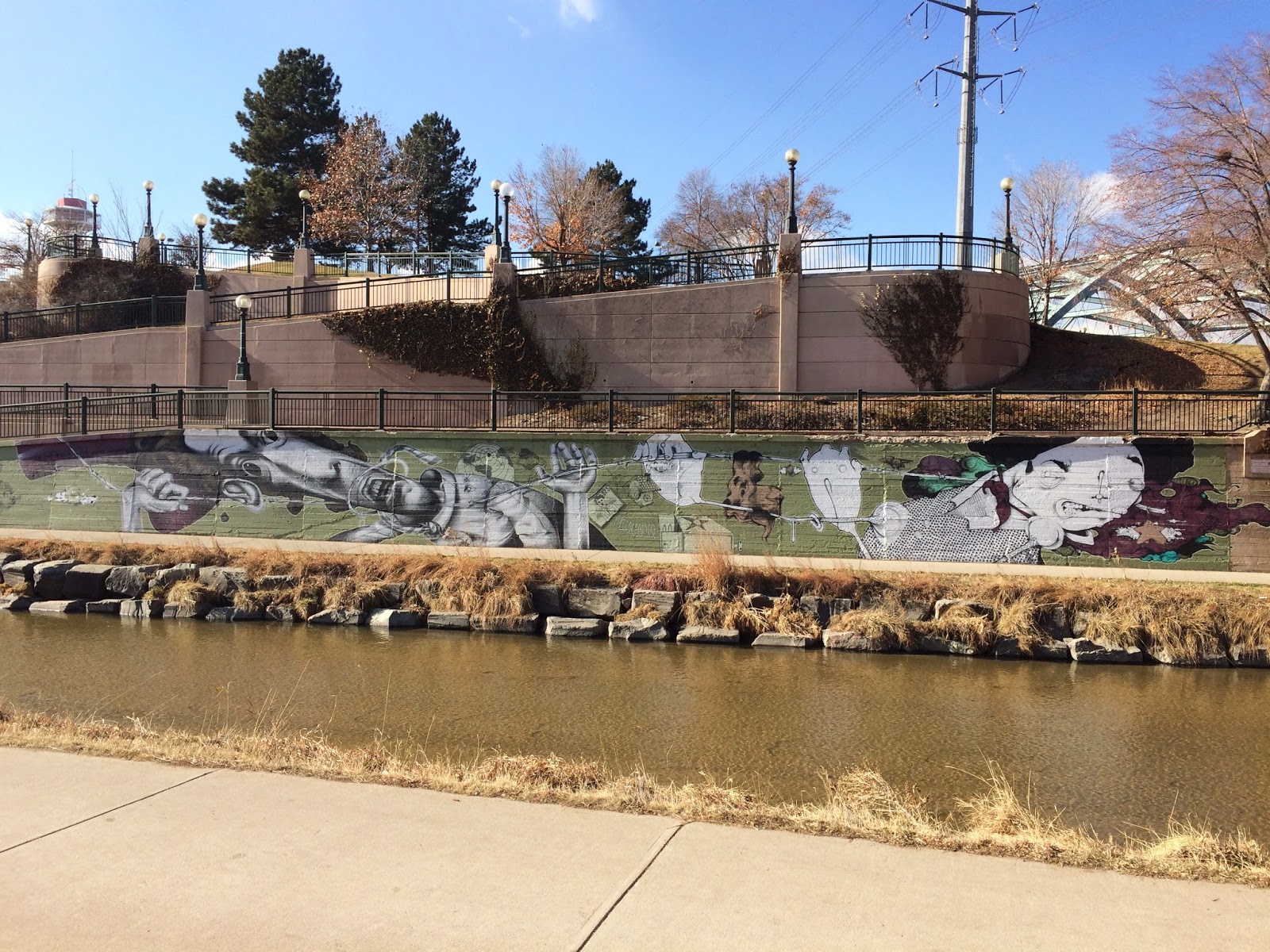 Thanks to a scheduled furlough day at work, I had a free day to play and do as I pleased. I decided to run the Cherry Creek trail that runs right along Speer Boulevard. I followed the Creek trail all the way into Confluence Park and Downtown. There is art all along the trail on the retaining walls, and some of it is quite interesting. I decided to post a picture of this particular mural because I found it interesting. Disturbing and odd, but interesting. I'm glad I live in a place that challenges people with art interspersed in our day to day life areas. Art makes the world better, and when it causes you to scratch your head in bewilderment, sometimes that's good too.

I was listening to Bill Simmons and Cousin Sal discuss the Conference Championship NFL games and the upcoming Super Bowl, and found myself saddened that unlike last year my Broncos won't be participating, but also a little relieved, as I won't be stressing about it for two weeks leading up to the big game. This year's Super Bowl is just another game to me, and although I'll be interested, I won't be invested. There is some relief in that.

After finishing running the Cherry Creek trail, I ran though the Sixteenth Street Mall for the second time in three days, and also did a quick loop around the State Capitol again. Then I headed south back towards my car. On the way home running down Pennsylvania I ran through Governor's Park and discovered the Grant-Humphreys Mansion. It was under renovations and had a temporary fence around it, but I could still see its awesome architecture. I now have another cool mansion that I have discovered and have been inspired to learn about after finding it running. This one was built in 1902 and although I think I still like the Weckbaugh Mansion better, this one is right up there. It has an added benefit of being situated at the top of a hill in a gorgeous park, which really ups the beauty quotient. Hopefully the renovations won't take too long, and I can get a good picture of it to post some day soon. Apparently, this home can be rented out for weddings and events, and it really would make an amazing venue for a wedding. I can totally see the appeal. 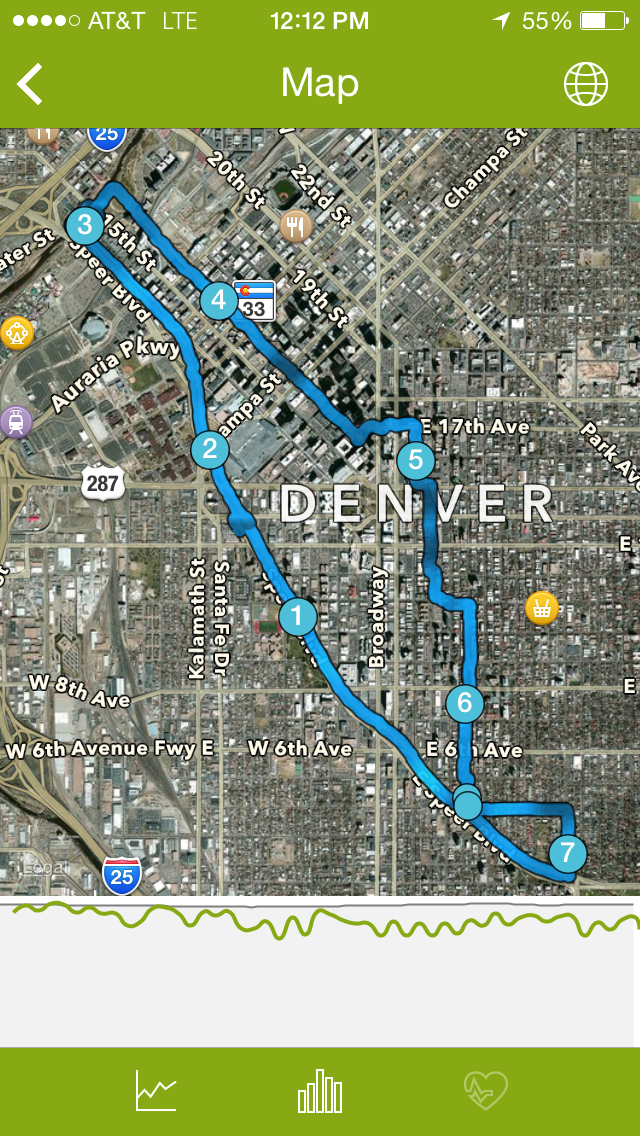