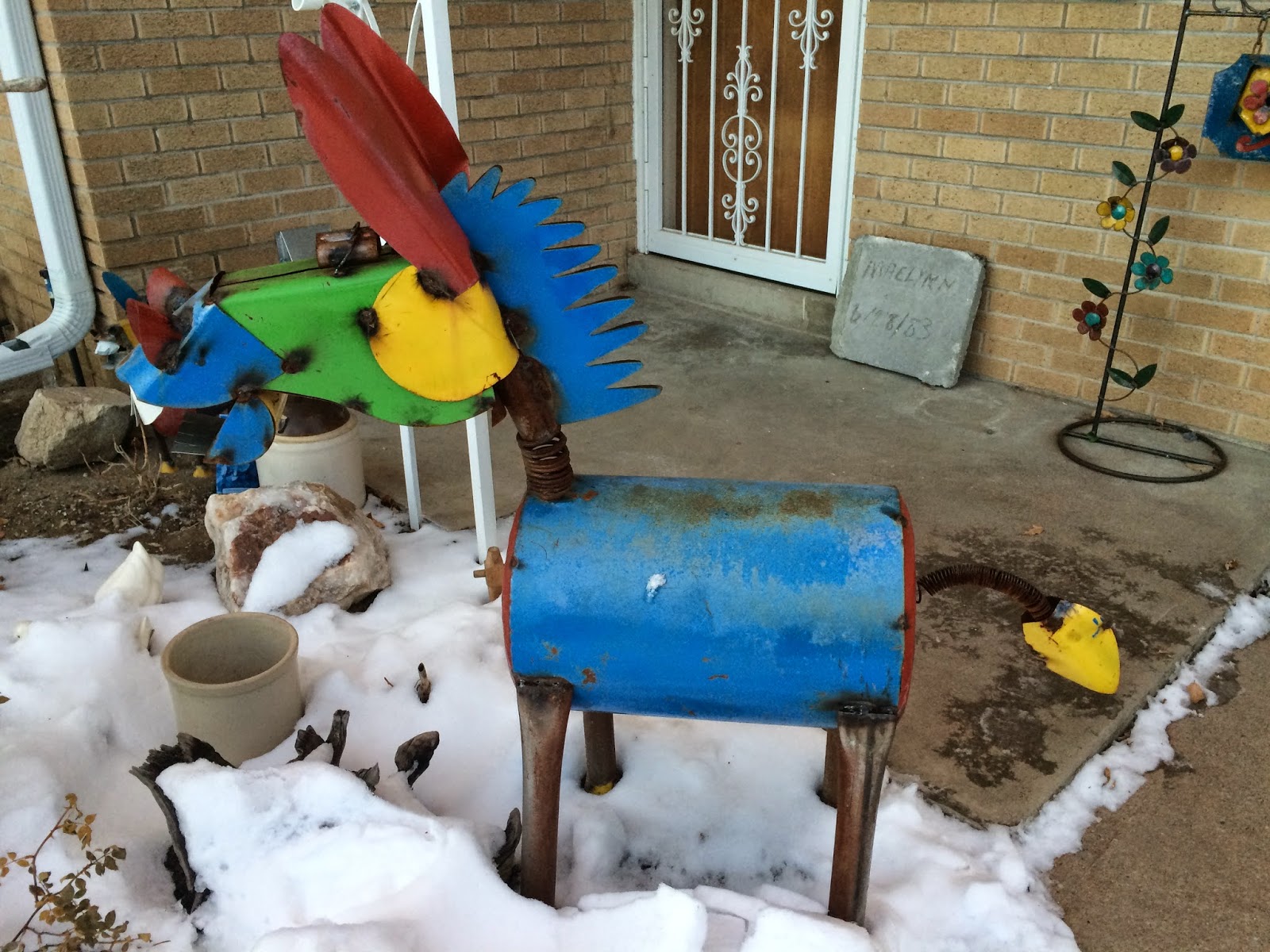 I saw this colorful metal donkey several weeks ago while out on a run, but it was still early enough in the morning that the sun wasn't quite bright enough to get a good picture. I took several pictures anyway, because...colorful metal donkey. Sadly, they didn't come out all that well, so I have been meaning to get back to this house. Today was the day, I headed west with a singular focus...I was going to get a picture of the donkey. I was strangely obsessed, and did much less looking around for good photo ops for the blog today. My picture was going to be the donkey, and I knew it. When I arrived the sun had risen far enough that a good picture was possible. (Thanks to sunrise happening earlier and earlier...speaking to the approaching spring!) I snapped my picture, and then realized I was satisfied for today. I had another four miles to run, but it was all good.

It was good to hit the road for a run again, as I hadn't been able to get out since Sunday thanks to snow and freezing temperatures. Sadly, that may occur yet again, as we are expecting lousy weather this weekend too. Hopefully I can still find a time and place to run, but I may be limited. This run also helped me loosen up a bit as I strained my neck while telling a Bible story to children. That is as true as it is weird...lets just say I get a bit animated while teaching, and sometimes forget that I'm almost 40 and my muscles don't always react like they did when I was 20. I've had trouble turning my neck ever since Tuesday night, but thankfully this run did make that problem slightly less problematic. I'm slowly healing. 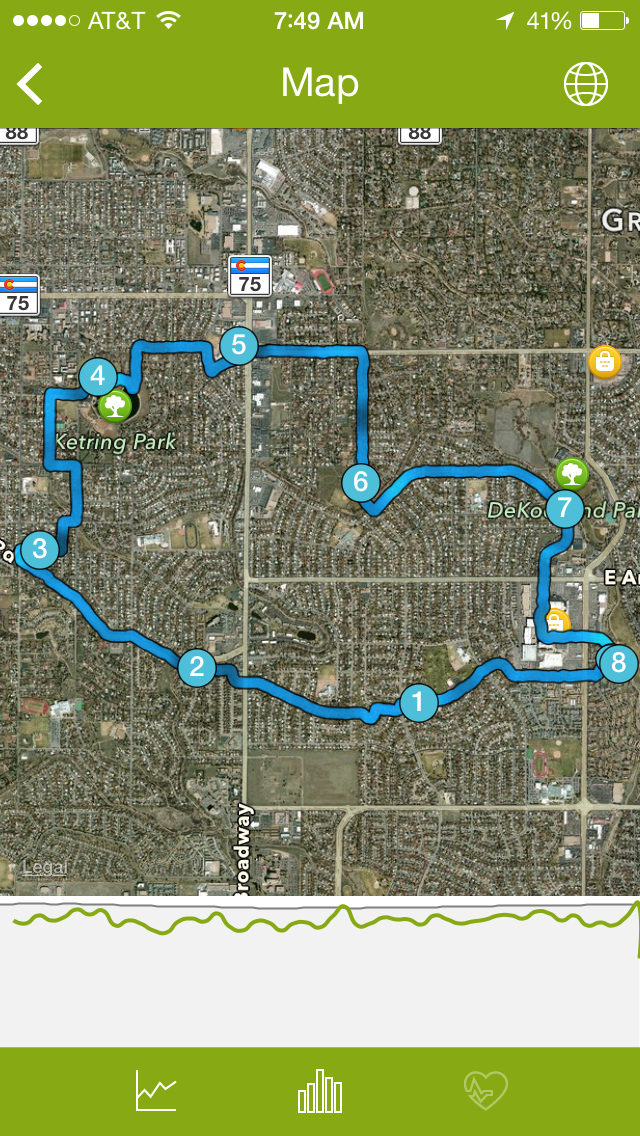