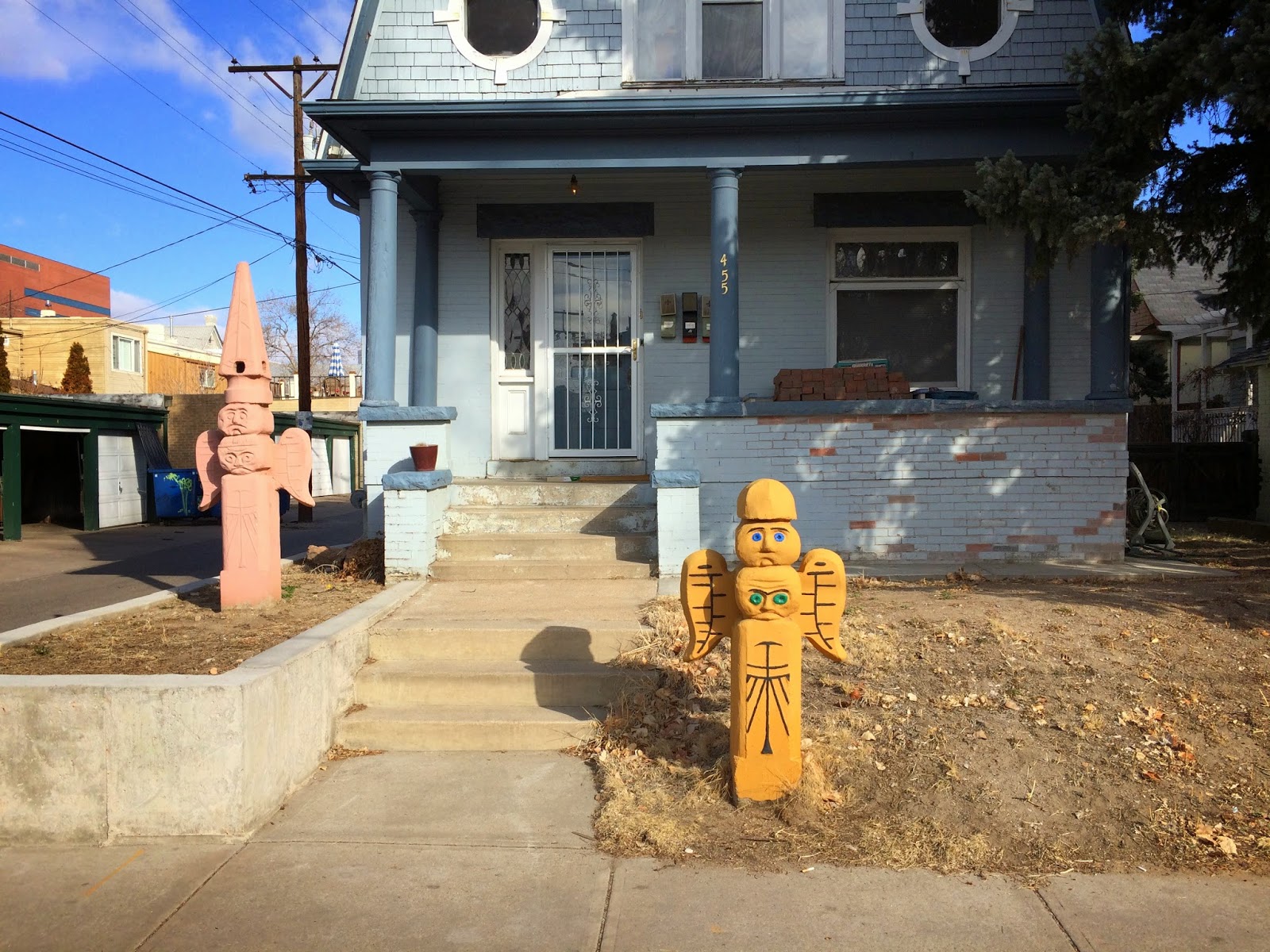 February 15, 2015
7.78 Miles in 1:08:28
Mood: Enjoying Denver's sites before the inevitable February snow hits
Soundtrack: The Mountain Goats "All Eternals Deck" and "The Life of The World to Come"

I forget which month comes in like a lion and leaves like a lamb, but this particular Sunday was the opposite of that. When I parked at Wash Park to start out, it was about as beautiful a day as it could be, and by the time I finished the gray nastiness had started to settle in and we were well on our way to a full blown snowmageddon. Okay, "Snowmageddon" is probably overstating it, but I hate snow. Hate it so much.

Fortunately, this run was mostly done during the excellent portion of Sunday. I hit up two of my favorite indulgently large and old houses...the Grant-Humphries mansion (which is still having some type of construction work being done on it) and the Weckbaugh mansion, and I discovered a few new favorites spots including the excellently named "Mother of God Church" and this house with these weird angel totems out front. Twas a great day for discovery, as I also found an institution with the acronymn "DERP", which is a word that my buddy uses to indicate people and situations that are not working to a preferably desired intellectual level. Yep, when he encounters the stupid, he'll often say, "DERP!" loudly...and now I have found a place that self-identifies as DERP. Substantial to perhaps only me, and yet it is a profound discovery to me.

My favorite moment from this run was when I spotted a kite that had lodged itself amazingly high in a tree in Wash Park. It looked so pathetic up there. It reminded me of Charlie Brown, and his relative lack of success with kites. I couldn't help but think of the sad person who must have looked up forlornly into this giant tree and realized the kite was gone for good.

I don't know why that made me feel good, but it did. It was confirmation that the circle of life that separates kite owners from their kites on windy days is still strongly in effect, and the confirmation of that universal truth is comforting somehow. I didn't feel joy in someone else's pain, but merely amusement that this rather superficial pain has been, is being, and will continue be so long as there are strong winds and big trees. I appreciate the timelessness of kites stuck in trees, I guess. 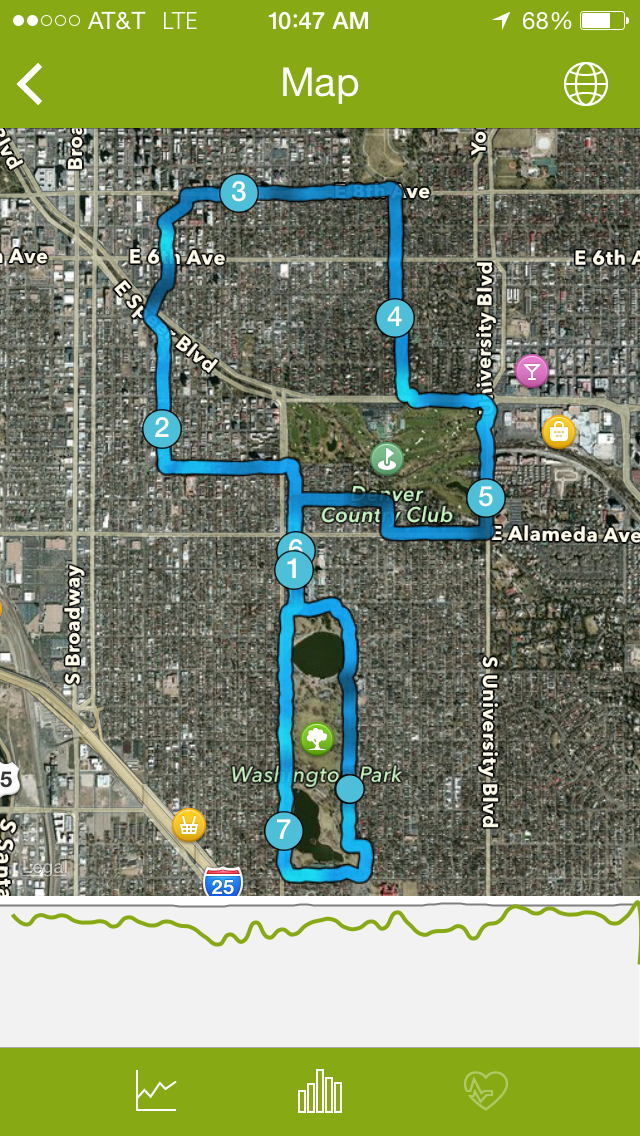