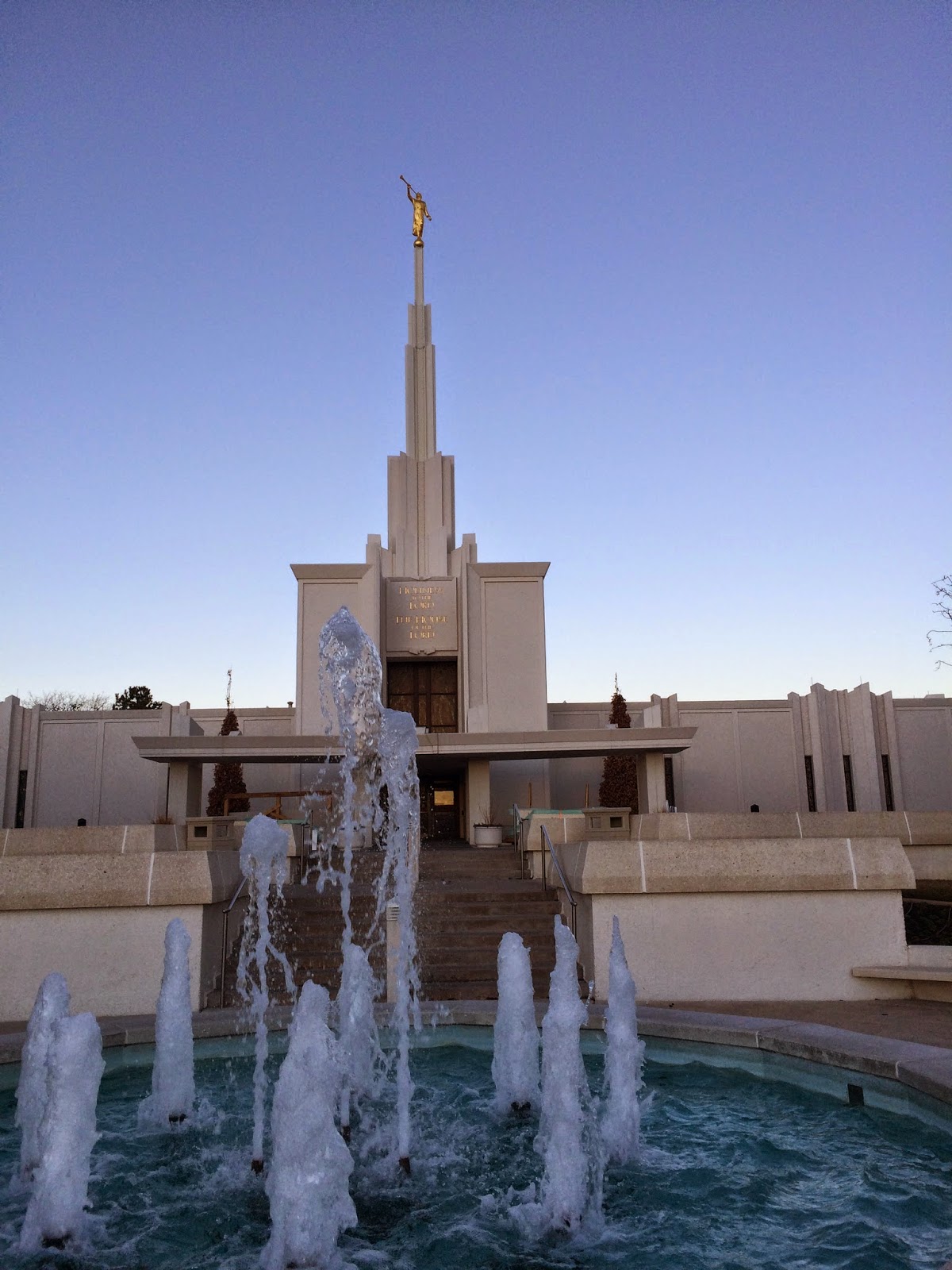 I've always been a bit suspicious of Mormons. They have never been anything other than wonderfully kind in all my dealings with them, but there is something shady about them that I just don't buy. (I can't exactly put my finger on it, but I'm watching you, Mormons.) I'm not sure if it's the bizarre origin story, rumors that I've never fully investigated about holy underwear, seeing them going out two by two on bikes while wearing white button downs and skinny black ties like the weirdest Noah's Ark animals, or just my gut feeling that they're a little too squeaky clean to be fully trusted.

That odd intro paragraph brings me to my run this morning. This morning I found myself in a neighborhood that I don't run through all that much. After slogging up a pretty sizable hill in a park, I ended up right next to the Denver, Colorado LDS Temple. I knew that it was here, as I've seen it in passing a few times, but I guess that I never took the time to investigate just how significant a structure it is.

The building is much larger and imposing than I ever realized. It is surrounded by a black iron fence, but this morning, the gate was open. I'm not sure if I am welcome or even allowed on the premises, but I wasn't going to allow a little thing like maybe not actually being wanted on the property keep me from checking out the grounds...after all, the gate WAS open.

One of first things that I noticed were several work trucks planted in the parking lot. It appeared that there is currently some minor construction going on with the building, which could potentially explain the open gate. The humorous thing I noticed about the work trucks was that there were seven of them, and five out of the seven had Utah license plates. Way to live up to a stereotype, Mormons.

I wasn't even completely certain that this was the Latter Day Saints complex until I saw all the Utah stuff. At that point I became about 90% positive I was on Mormon land. I reached 100% when I walked off the grounds and saw the sign.

I recieved a few perplexed looks from the two or three workmen that I saw as they were arriving at the site. This happens to me on the regs, as I often put myself in enough unusual places on my outings that I have grown accustomed to people throwing weird looks at the tall sweaty runner guy in athletic pants. I've found that if I just act confident, as if I totally belong where I am, most people aren't inspired enough to try and check my credentials.  That worked this time too, as not a single Utah truck driver bothered to speak to me.

The building itself is impressively white. The pinkness of the early morning sun makes the building look more dingy in the photo than it actually is. The stark whiteness combined with the bright gold lettering above the door definitely gave off a we're holier than you vibe to me. Probably not what they were going for, but I felt judged anyway. The courtyard of the building felt like a tourist trap during the offseason. The building had construction going on, and there were plentiful gardens which surely are home to some beautiful flowers during the summer but right now are rather unimpressive patches of dirt. I did enjoy the fountain, and found it to be a very pleasant place to sit on a white marble bench and tighten my running shoes. I had to snap a few photos, as I may never get to be this close to the Temple ever again.

A little research after the fact revealed this place to be a little more special than I realized. Apparently there are fewer than 180 Mormon Temples worldwide, and this is the only one in Colorado. (Although they have announced plans to build another one in Fort Collins sometime in the future.) This was the 40th one ever built. My buddy Doug informed me that he was able to tour the Temple prior to it being consecrated, a practice that Wikipedia informs me is common for new Temples. However, once it has been dedicated, only Mormons in good standing may enter. I guess that means I'm out of luck. I'll stumble around the outside, but I'm not risking trying to get inside...who knows what weirdness/danger I might find myself in. Like I said, I don't fully trust those shifty Mormons. 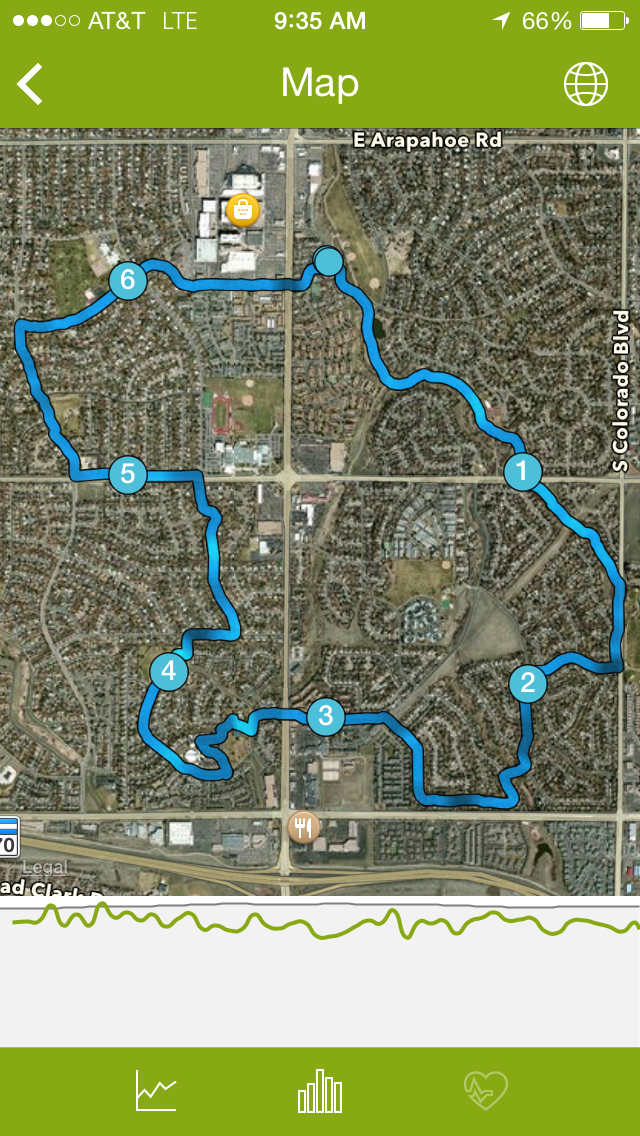