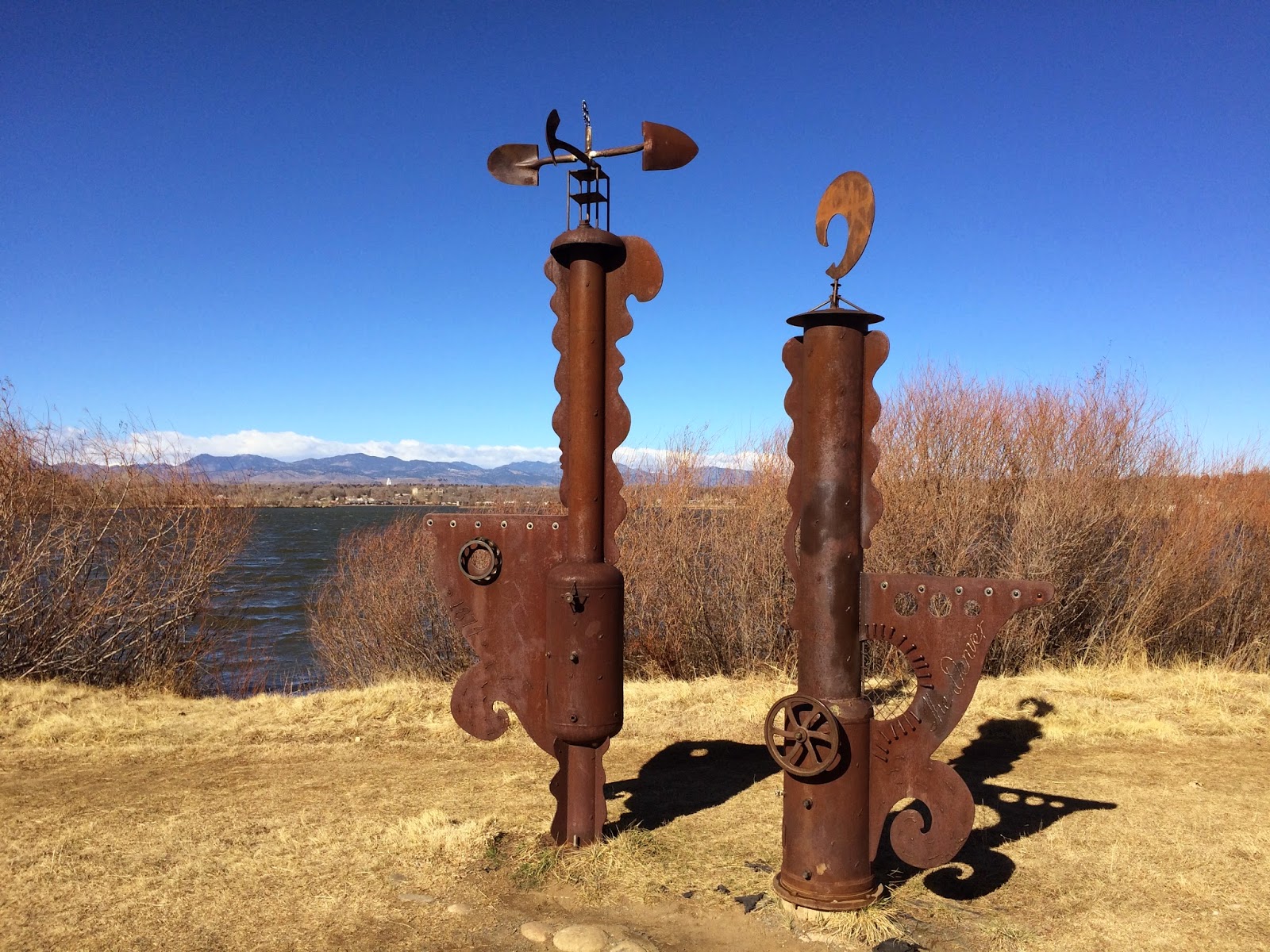 I'm not saying it was windy at Sloans Lake for this run, but at one point I did see a nice Kansas girl floating by in a log cabin...and her little dog too.

My only previous experience running at Sloans Lake was during the Denver Broncos 7K back in August, and that event only had a brief section of the lake on it's course. I have been meaning to get back just see how it is as a running destination, and I finally decided to make the trek up there on Sunday. I am not sure if I could have picked a windier Colorado day. Fortunately, the wind did die down a bit as I continued on, but when I first got there, I was entertaining thoughts of driving down to Wash Park to finish up my running for the day...the first mile I was running directly into the wind and I believe my speeds would have been improved greatly if I weren't fighting typhoon force winds.

As it was, this turned out to be a fairly quick tempo run by my standards, as all of my miles clocked in under nine minutes, which I feel fairly certain is the fastest I have run in 2015. While it is not nearly as packed with runners as Wash Park, there were still quite a few running around Sloans Lake, and I always seem to go just a little faster when there are other people around running too. I don't think it's competition that gets my pace up so much as not wanting to look like a wuss. This is funny, as I'm certain that no one who sees me takes two seconds to consider my personal running speeds, yet I would be lying if I said that this wasn't a factor in me trying to speed up a bit. When I go at 6AM on a Tuesday morning, this is clearly not a concern as no one else is even up...much less running.

My overall impressions of Sloans Lake as a runner: It has some lovely views of both the mountains and downtown, and the entire perimeter of the park runs about two and a half miles, which is lovely. There is more lake than park, which I really noticed when I looked back at all the pictures I took and realized that not a single photo didn't have water in it. It's kind of hard to find an interesting thing to take a picture of, as a large lake is pretty in person, but doesn't really make for super interesting iPhone camera shots. I did enjoy this art installation that I took for today's photo with the lake and mountains in the background, but there isn't a wide variety of things to shoot. The sheer size of the lake makes the park somewhat a secondary thought. It's a nice place to run, but probably not worth the extra miles to drive there. I might go back sometime in the summer, just to see what it looks like when the lake is open to recreational boats and the grass is green rather than brown.

Best moment of the run came as I was nearly finished. I saw a girl in her early twenties trying to take a selfie with her Black Lab. The dog couldn't be less interested in the camera or sitting still for a picture, and the girl was getting frustrated with trying to get her pooch to cooperate while simultaneously trying to keep a smile on her face for the selfie. It amused me greatly. I do wonder if she ever got a satisfactory picture to post on Instagram. 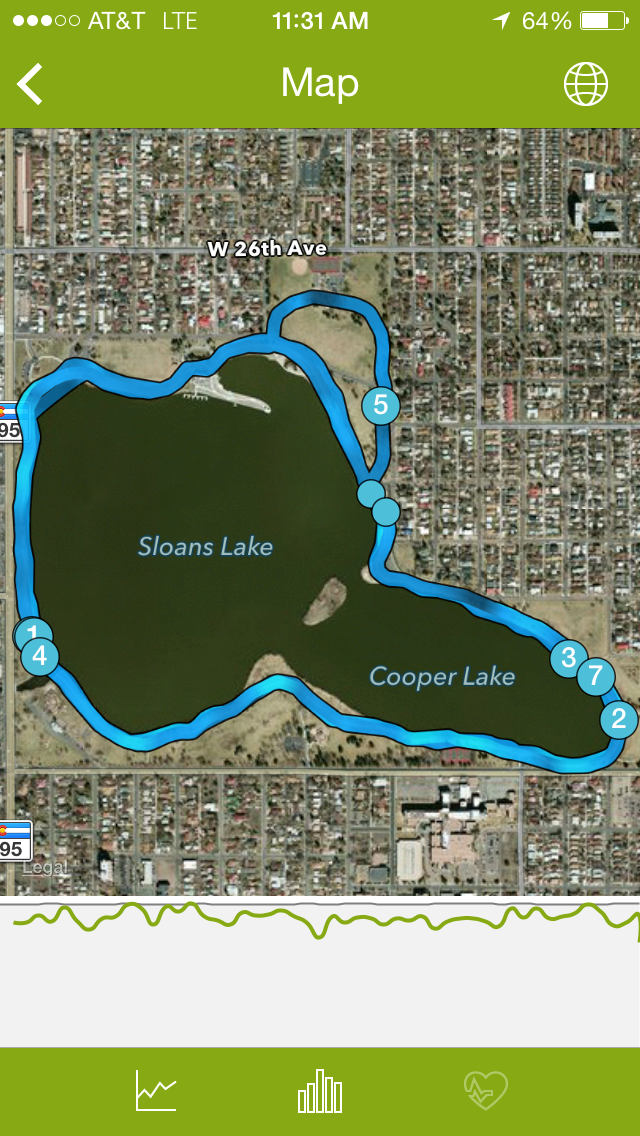