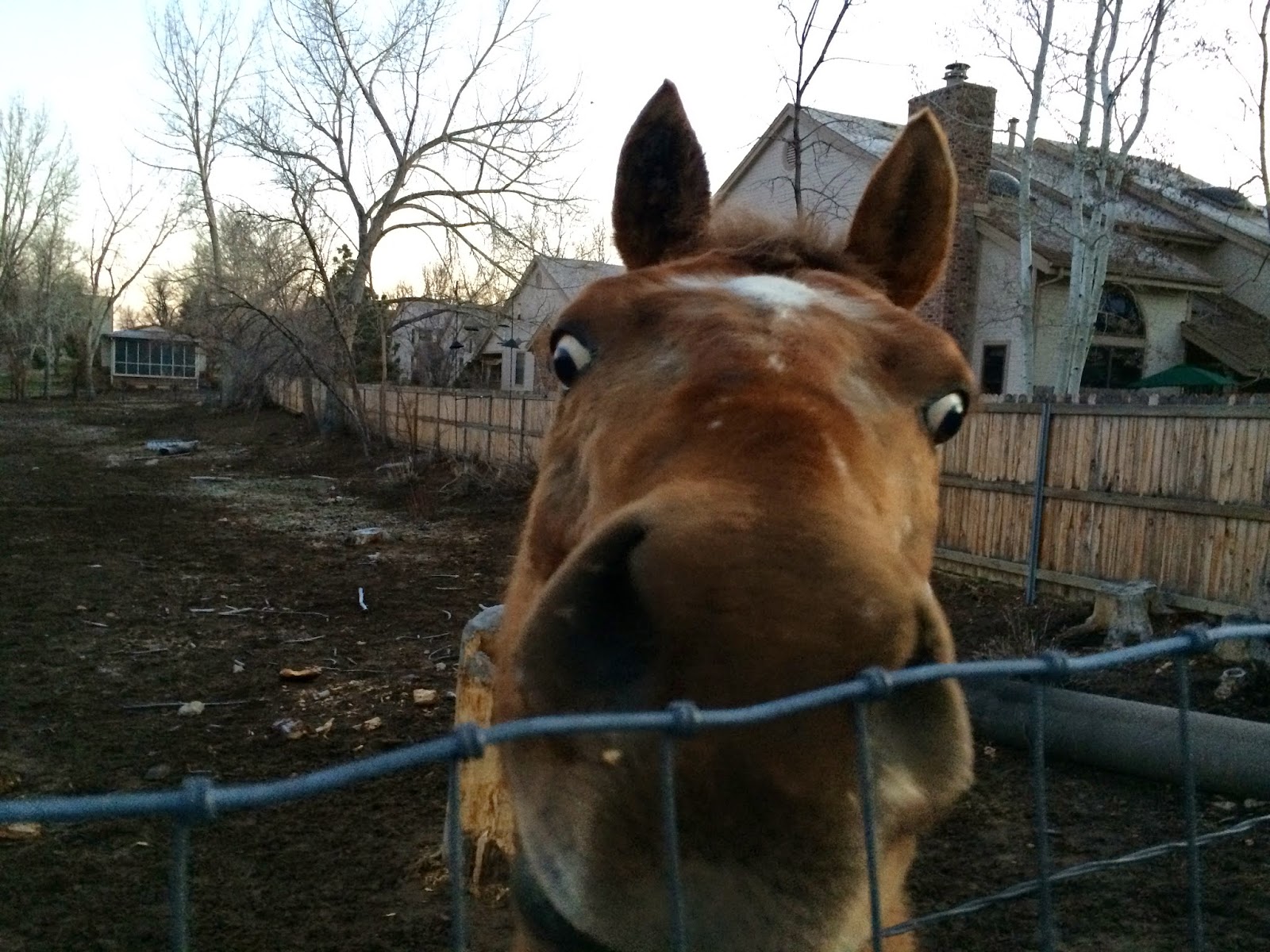 March 20, 2015
7.35 Miles in 1:08:55
Mood: Making Mateys with Mustangs (Sorry about how far I stretched for that alliteration)
Soundtrack: Judge John Hodgman / The Film Vault

Egad, So much darkness this morning. I tried running on the trail that begins in the park near my house, and it was so dark that I kept running off of the trail. I'm thankful that the days are rapidly getting longer, because soon I will be running start to finish in glorious light, but on this first day of spring, I had to abandon the trail for a better lit path. And yes, I'm the same guy that last post was mocking people for wearing headlamps...I do not suffer under any delusions of consistency.

I didn't really get any decent sunlight until I was over three miles in, and I was beginning to worry that I wouldn't get anything good for today's picture. Then I met my new friend Super Friendly Horse Guy! Granted, his eyes look a little crazy, but he was very pleasant and came right up to me. I've mentioned before on this blog that I'm a sucker for a friendly horse, and today was no different. SFHG walked right up to me, and I started cooing in the way that people speak to puppies or babies. "Who's a pretty horse? You're a pretty horse! Hello pretty horsey!"

Theoretically this is embarrassing to admit, yet I feel no shame. I really like this horse. I petted his head a few times and then continued on, and I'll admit, It has put an enduring happiness in my soul that has lasted all day. So if you're wondering what it takes to put me in a good mood, apparently I just need a affable equine. 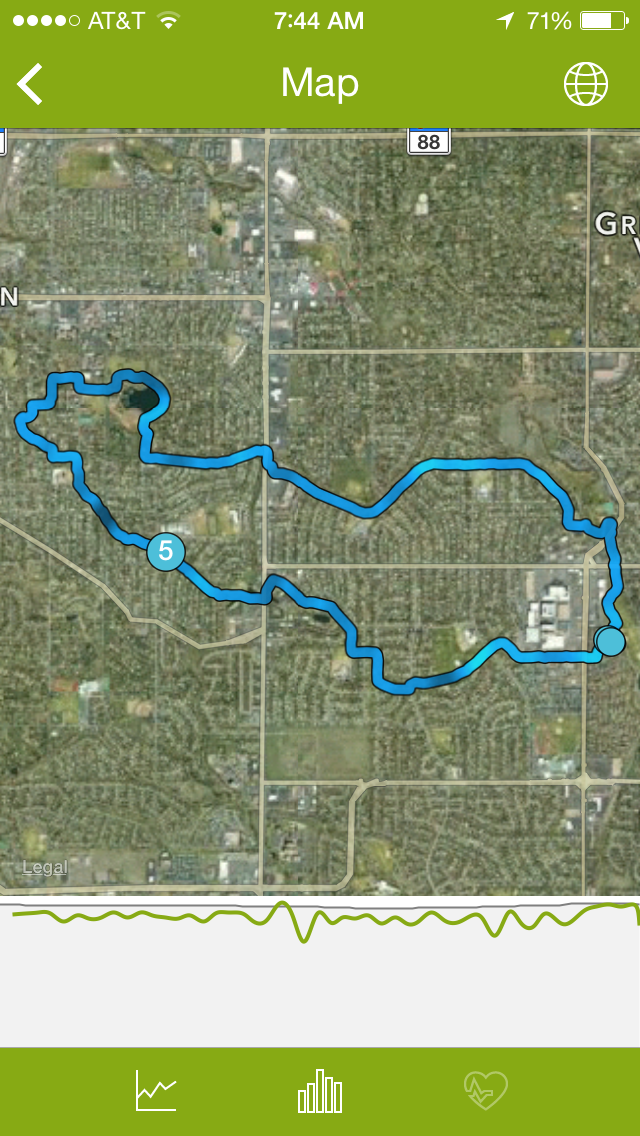