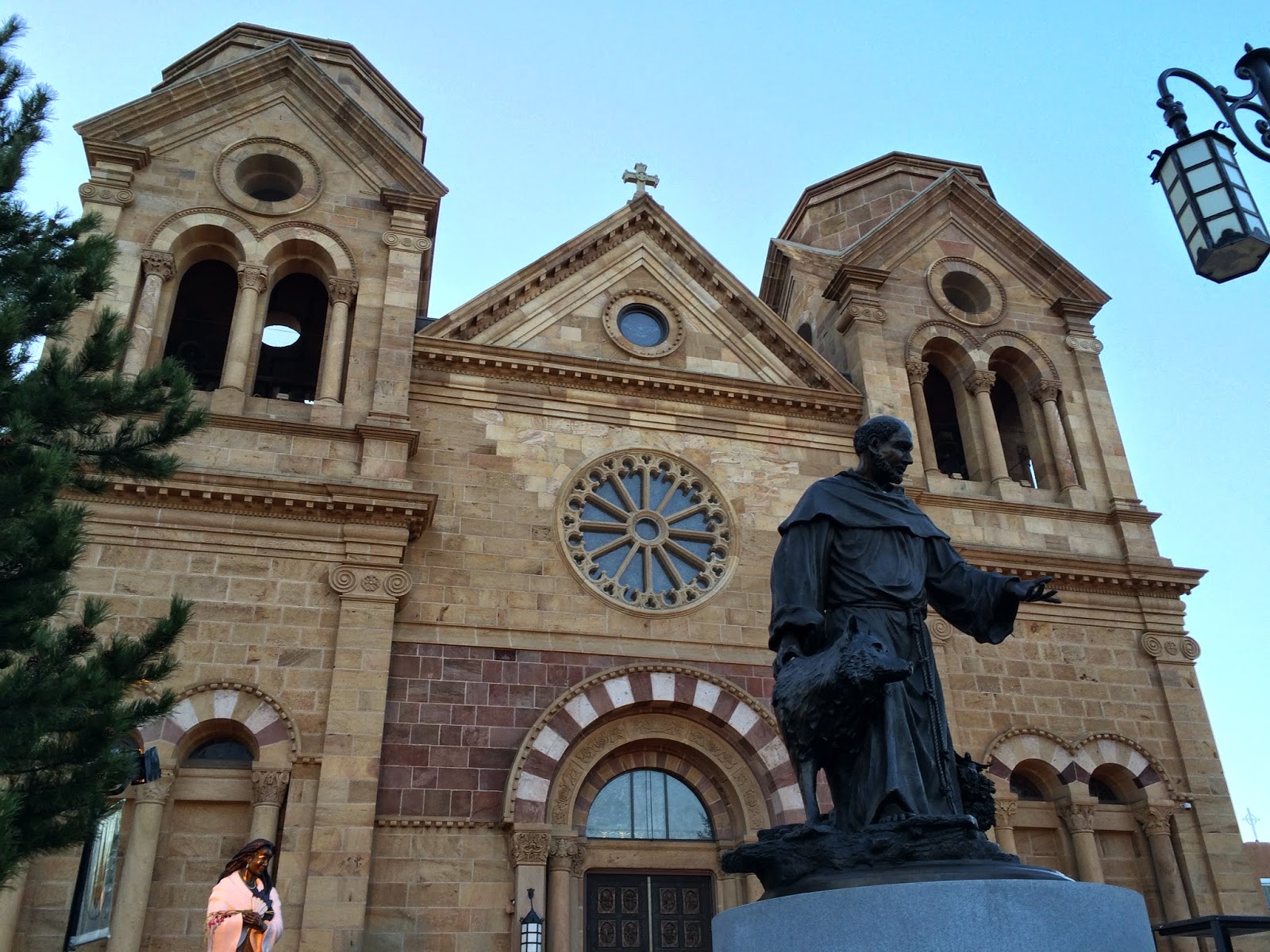 I think it's time to put Santa Fe on the short list of my favorite cities. It loses points for being surrounded by the rest of New Mexico, but it does so many things right including having spectacular food, interesting architecture, and a strong devotion to art. I was excited to get up early and head into Old Town Santa Fe. Our hotel was three miles south, which made it just about perfectly distanced to be my destination for a good round trip run.

I left the hotel at 6 AM, and the first few miles were quite dark. This suited me fine, as my intention was to not really start taking too many pictures until I arrived at the State Capitol Building, and then really get picture crazy in Old Town. It worked out almost perfectly, as the sun was providing enough light for pictures right as I arrived at the State Capitol.

The Capitol is an interesting building, but compared to Colorado's Capitol, it's a little underwhelming. It appeared to me to be nothing more than a large round building with the State Seal on it, surrounded by art pieces. Cool, to be sure, but nothing like the imposing and impressive Neoclassical Style prevalent in so many Capitol buildings. I took a few photos of it and then proceeded a tiny bit north into Old Town, which is where the real soul of Santa Fe is found.

The prevailing motif is adobe, but there are also some glorious Catholic churches and art museums as well. There is a quaint charm about the place, despite the fact that it is home to some high end shopping and quality restaurants. Basically, every time I turned around I saw something interesting to photograph. By the time I arrived back at the hotel, I had snapped 87 pictures...which is ridiculous for a single run, that is almost certainly a personal record.

Trying to narrow this many photos into a single choice was difficult. There are many times running in familiar neighborhoods in Colorado where my photo choices are limited. To be facing 87 photos, a good 20 of which would probably easily trump anything I normally get, made the decision process painful. I had some awesome pictures of art, a front door of a home that was gloriously ornate, two separate churches with all sorts of angles to choose from, outdoor cafes, artwork spray painted onto adobe, the state Capitol, shots of the streets of Old Town, and so many different statues. I ended up going with a statue of Saint Francis of Assisi with the Cathedral Basilica of Saint Francis in the background because it had the most gravitas. I'm still not sure if it was my favorite picture, but it felt the most important. Which is silly, as they are all just shots I snapped while running, but there is something substantial about this building which I felt deserved to be chosen over things like a random orange abstract sculpture (even though that sculpture was pretty sweet and gloriously orange.)

I'd love to get about 15 or 20 more runs in this area, but since we were only in town for less than 24 hours, it wasn't meant to be. Still, Santa Fe only grows in my estimation from this short visit. And I have now added a run in New Mexico to the blog bringing the total number of runshoot.us states to 7. (Colorado, Kansas, Washington, South Dakota, Illinois, Arizona, and New Mexico) 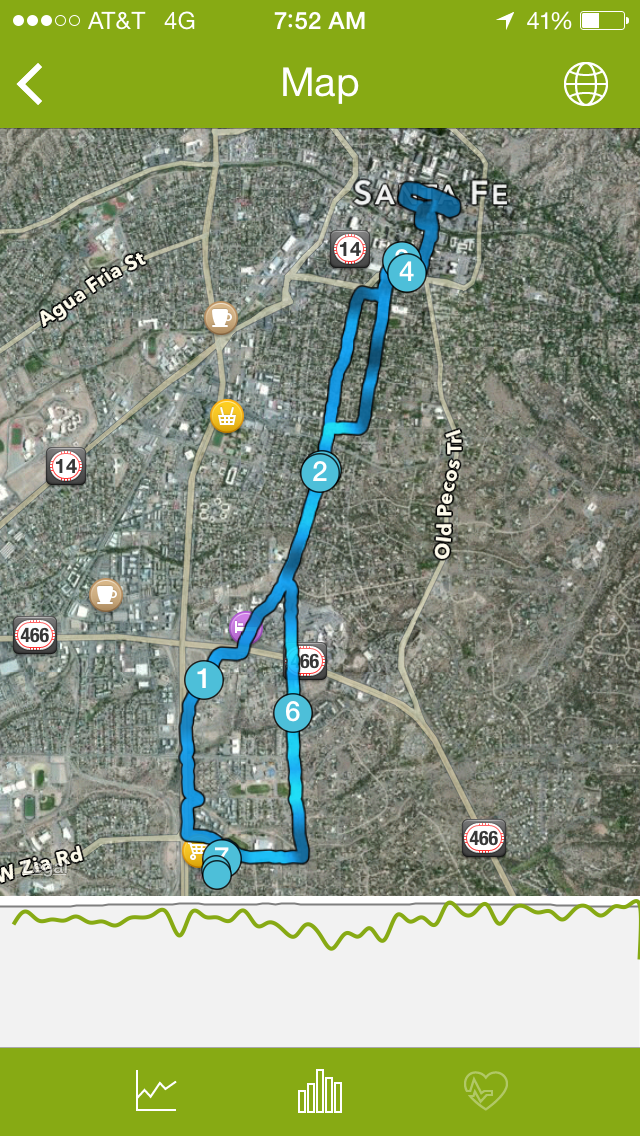