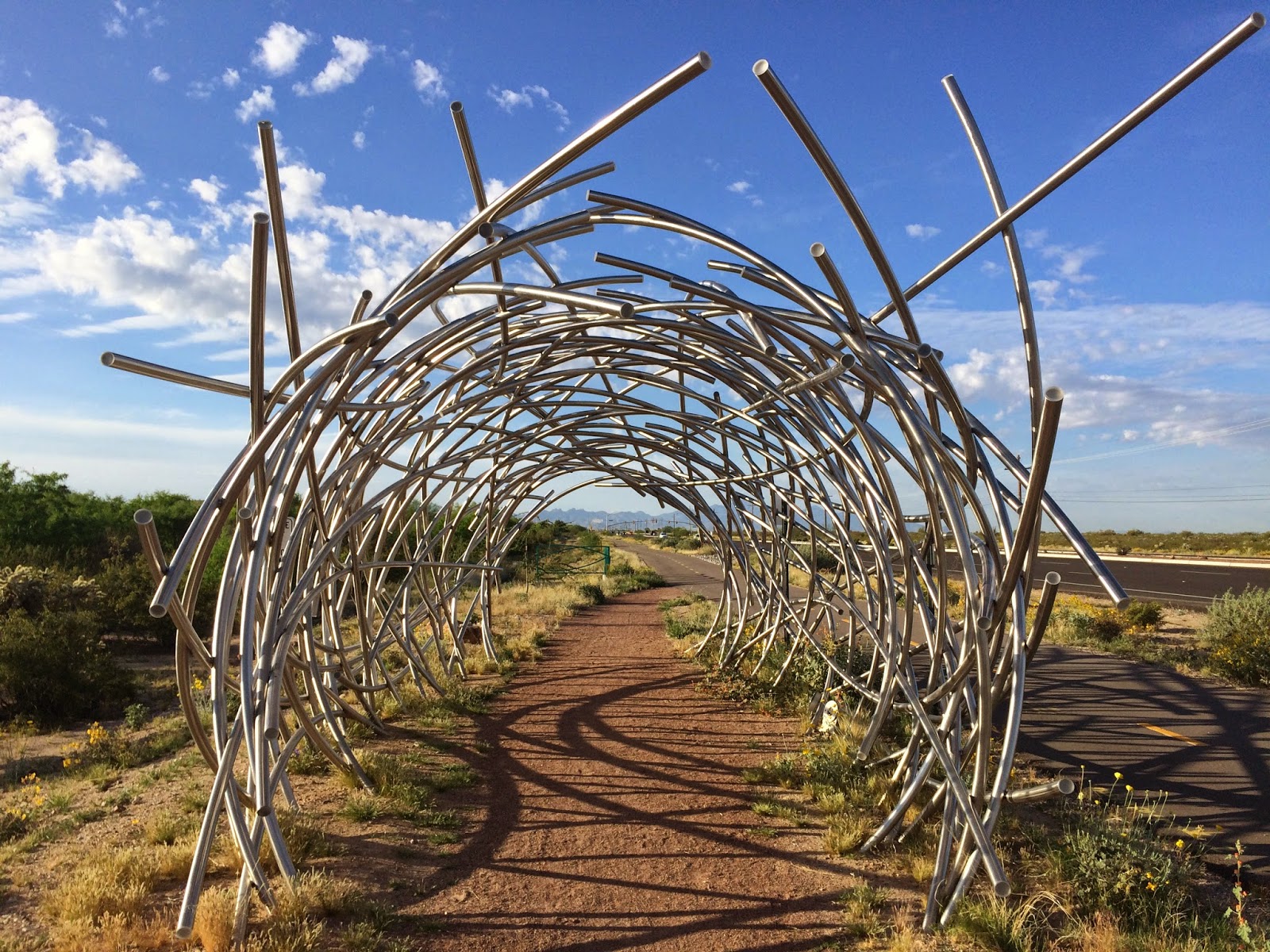 March 30, 2015
6.45 Miles in 59:18
Mood: Thankful for a great vacation, slightly isolated by my location
Soundtrack: Trampled by Turtles "Stars and Satellites" / Blind Pilot "3 Rounds and a Sound"

It was getaway day. After an awesome vacation in Tucson which included movies, fun, spring training baseball, college basketball and so much good food that I'm still a little stuffed...it was time to make the trek back to Colorado. I wanted to get in one final farewell to the city in running form. I had only gone out one time since arriving, and I was overdue for a run.

I woke up early and headed out to run amid the subdivisions. The sunrise was pretty glorious, with thin wispy clouds giving just the right texture over the desert landscape. My mom's neighborhood has some decent places to run, including a lot of paved pathways...something that is not as common in Tucson as I wish it were.

There are a number of decent neighborhoods to run in, but this particular area still feels a bit isolated. The variety seems like it would run out quickly. While I didn't cover all the spots there are to run on the two times I went out, I could tell that if I were to run here regularly I'd soon be driving to find new and more interesting places to run. Still, since this was only my second run here, I had plenty of locations to scout out. I ended up heading due South to see just how far I'd have to run to find a neighboring subdivision. I found one to the south, and it's not unconquerably far away, but it is a ways. I'm not sure this makes sense, but it feels even more far away since I have to run in such a straight line for such a long time to get there.

For today's photo, I ended up at an art installation on the west end of the subdivision. This writhing mass of what look like metallic bars lights up blue at night. I really wanted to get out there and investigate it closely at night to see just how it lights up, because during the day, it doesn't look at all like it should light up. This was easily the most interesting man made object that I passed while running, and I thought it deserved to make the blog, even though I also got some cool pictures of the desert, too.

It felt good to get out into the desert air and get a few miles under my belt before the long drive we were getting ready to make to Santa Fe. I especially noticed the lower elevation this trip. As always, I feel a bit like Superman at lower elevations, as there is so much air. 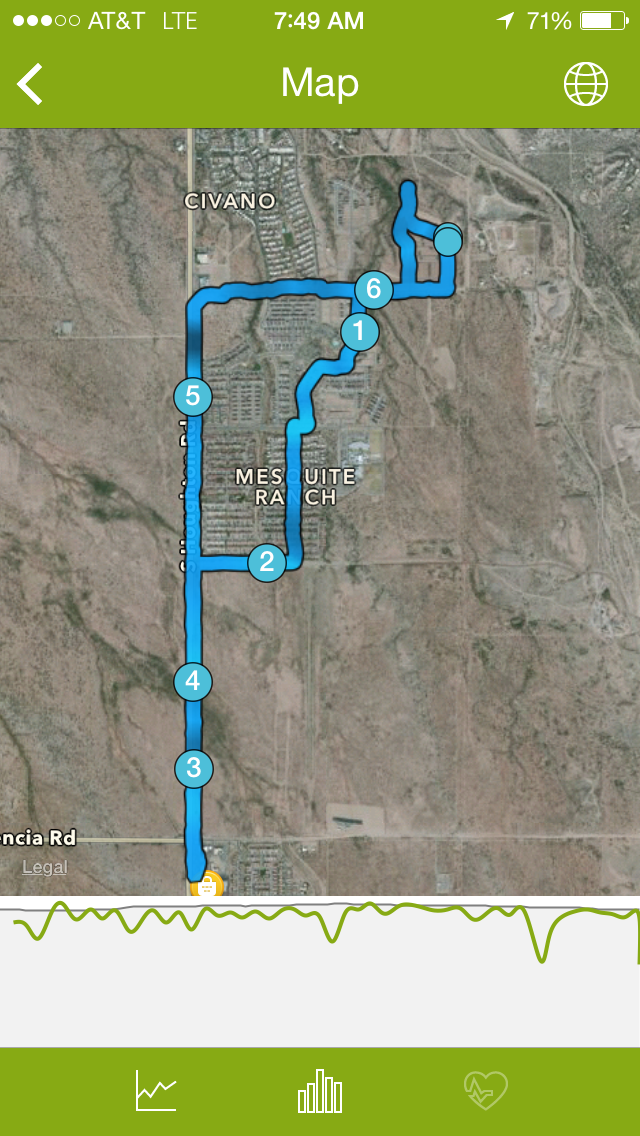