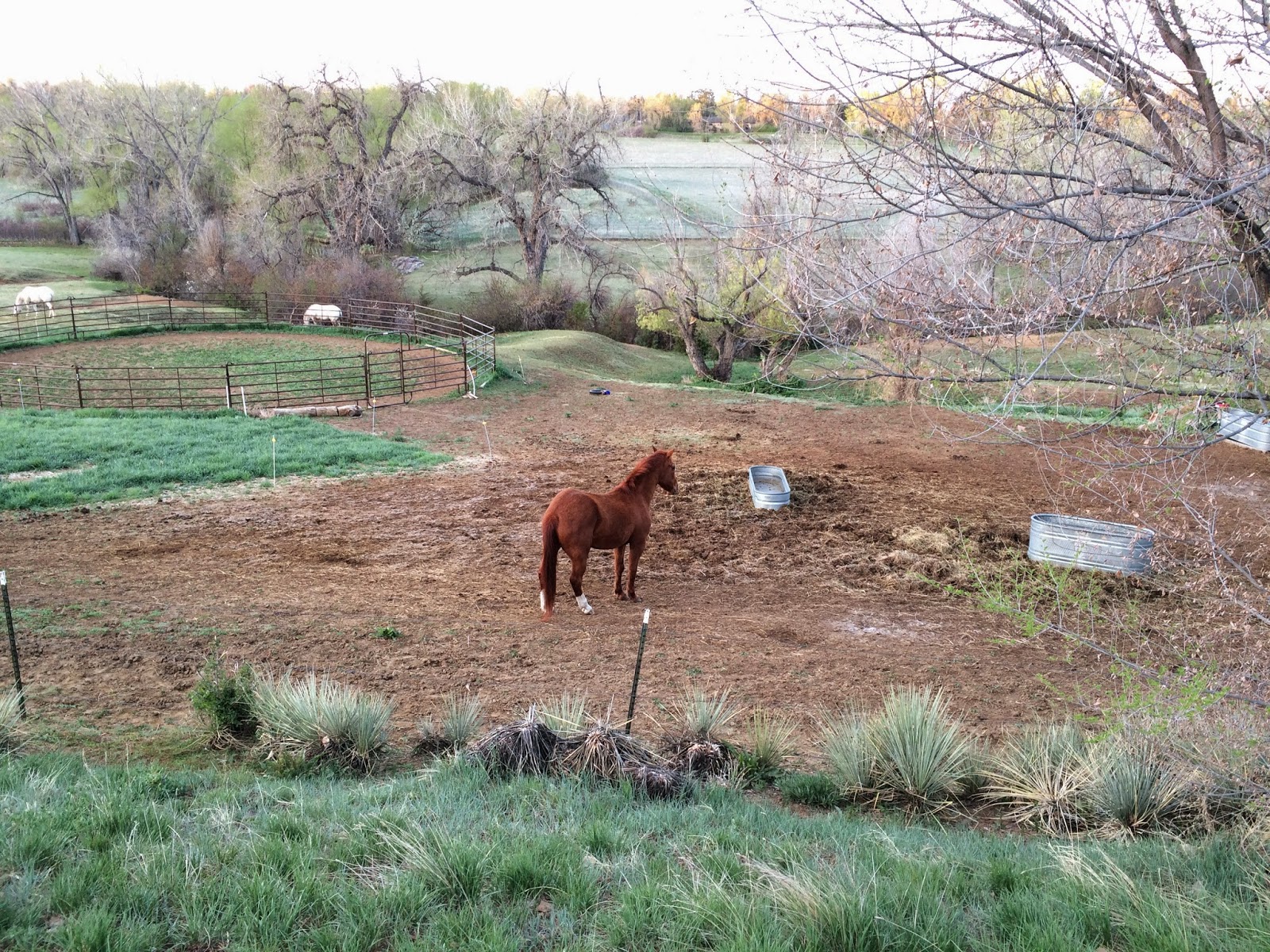 After running all the way to scout out the home that my buddy Chip sent me on Tuesday, I was thinking I wouldn't run that far in that direction for quite awhile...and then on Friday, I did it again. I even ran past that same home again, although I arrived at that destination via a slightly different route. I'm not even sure what drove me that far Northwest again, but before I even fully realized where I was headed, I was in that neighborhood again.

The funny thing is that I'll probably head up there again soon, as there is a statue in a yard that I like, and that would make a good subject for a Run and Shoot post. I took a picture of that statue on this run, but I loved this photo so much, that I figured the statue will be there on another day. Eventually I'll get to the statue, but I won't get this horse posing like this ever again.

I don't know why I like this picture so much, but I can't stop looking at it. Something about the standoffish way the horse is standing, but also realizing that although he was at an odd angle, he was watching me the whole time. (I was there, trust me, this horse was keenly aware of my activity.) I love the light of the early morning...the way the grass almost looks frosty, the early morning light hitting the trees in the background, the white horses in the distance. I just really liked how this picture came out...it's almost dreamlike.

A dreamlike picture is appropriate for this run, because a large portion of this outing felt hazy and dreamlike to me. I say that as a good thing. I felt a little outside myself. My mind was present, but not super active, I was just listening to music and feeling the morning. It was an awesome run. Even though it was the second day in a row of running, my legs weren't rubbery, and my mindset was happy and contented. I wish more runs felt like this. 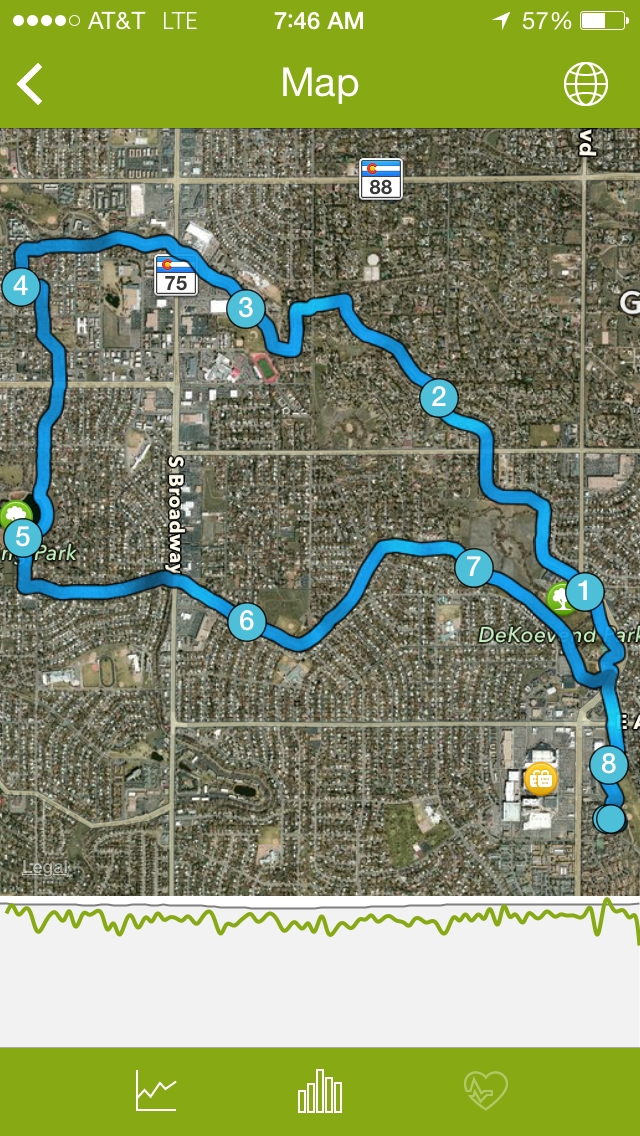