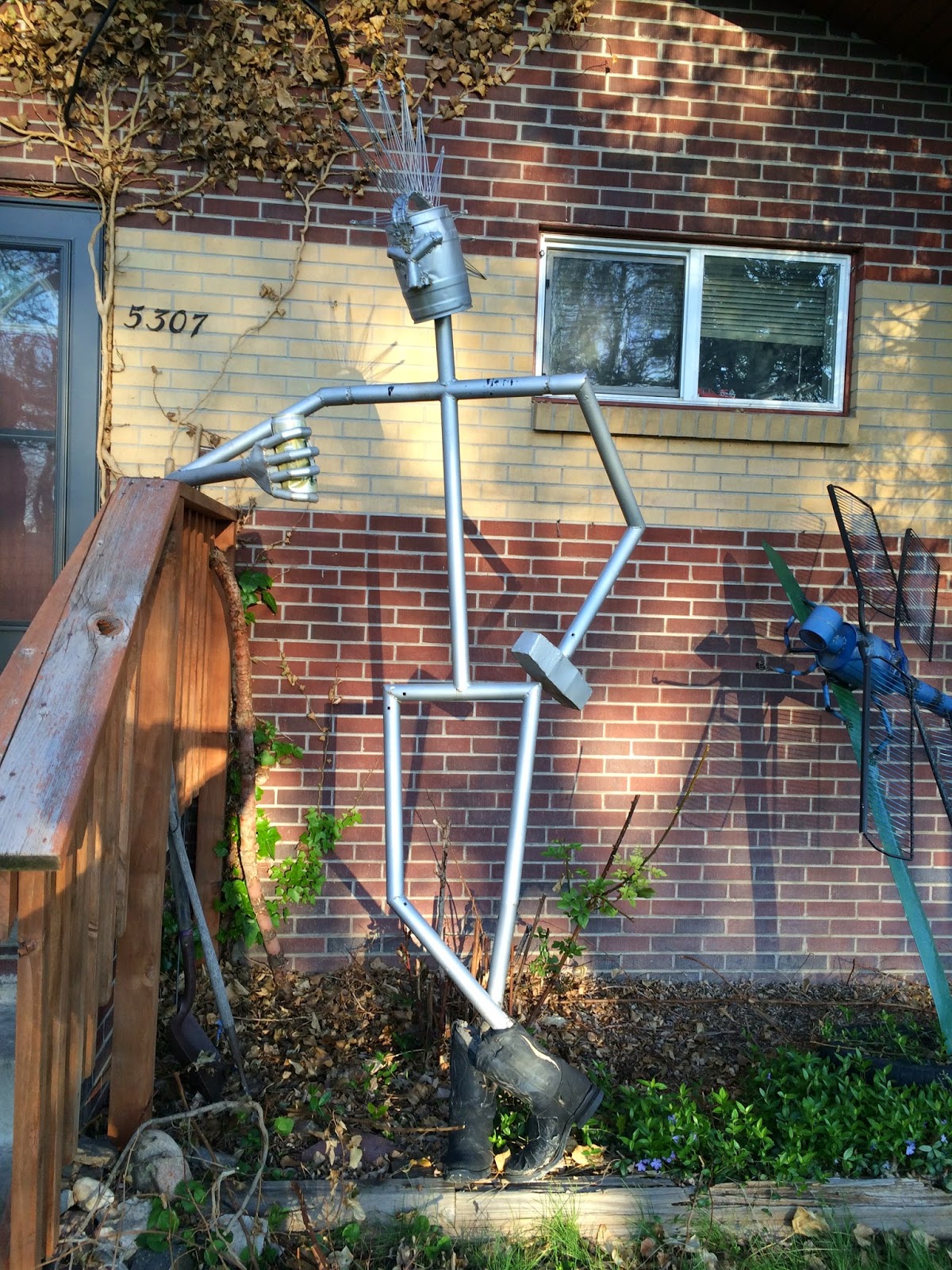 I received today's post as a recon mission in the form of a text message from my friend Chip. He sent me the address of this home Monday afternoon and said I should check it out for the blog. I absolutely love when my friends do my work for me. And by "my work" I mean find weird things for me to go run and see. It had been less than 24 hours since my mission was texted to me, and I was already following up on the reconnaissance. I live for this stuff. This house is a bit further out from the territory I usually roam on my runs, but the notion of finding something new always gets me excited, so I left a few minutes early this morning with a goal in mind and a hope that I wouldn't end up being TOO late for work.

Turns out that I may need to visit this neighborhood a bit more often. I found a glut of interesting things beyond the glory you see above. This neighborhood loves its garish white marble statues. This is the same general territory that brought us THIS. I saw my old Native American friend this morning along with a few other choice marble statues today, but clearly the star of today's show was my original mission as seen in the photo above.

As I approached the home address that Chip had texted me I found that there was a man smoking a cigarette on the front porch. If this house were closer to my home, I might have just passed by this man and taken a photo of something different for today's run. However, I had run nearly five miles to that point, I still had a good jaunt ahead of me, and I didn't want to have to trek out this far again for awhile, so I decided to engage. I suppose I could have just starting snapping pictures with him standing there, but that would have been really weird and socially awkward, so I decided to ask the smoking man if he was the artist. He informed me that he was not the creative one in the house, but his roommate had created all of the art in the yard from "leftover stuff he just had lying around."

There was a lot of art in front of the home, too. The pièce de résistance clearly is this spiky headed aluminum cowboy. (I assume he's a cowboy because of the boots.) However, there was also a giant spider, a dragonfly (which you can partially see in the photo), and numerous collages made from odd things like tin can lids and old rusty gears. There is a lot of range, here. I also learned from my brief conversation with the friendly and chatty smoking man that the artist is currently on welfare, and he just likes to make stuff..."But he's going through a hard time right now."

This seemed like significantly more information than I needed about the random stranger who in all likelihood was still sleeping inside this home and to whom my only connection was my appreciation for his passion of creating art pieces and planting them in front of his home. Still, I had created a rapport with the smoking man who liked to provide me with too much information, so I asked if it would be okay for me to photograph the unemployed man's art. The smoker told me it'd be fine. I really liked this smoking guy, and appreciated his gracious approval, so I snapped several shots of the art, told him how much I appreciate creative people, and wished him a good day and began the journey home.

I discovered on this run that Coldplay is surprisingly decent running music, and it was reinforced to me how much I appreciate a lack of a strict homeowners association. My running outings would be so much less interesting if there were more draconian HOAs enforcing rigid building codes in the areas I run. God bless the freedom loving people of the south suburbs and their flair for ostentatious art in their yards. I love you all.