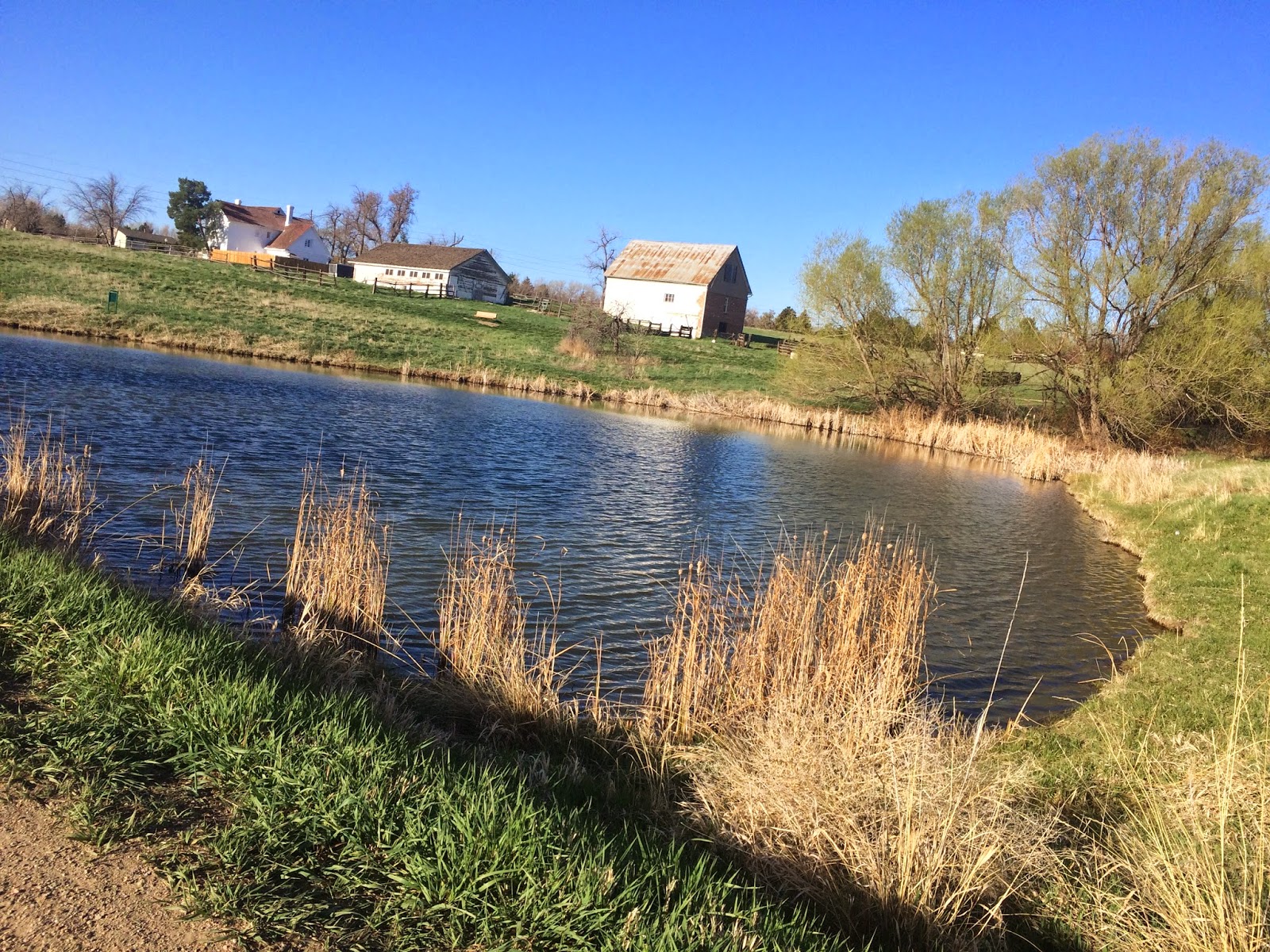 I had plans with the family, so I wanted to take less time than I normally do on a Sunday run. So rather than driving 20 to 25 minutes north to Wash Park, I decided to drive 5 or so minutes (give or take) to Ketring Park. I figured that cut out a half hour of drive time, and I could explore areas that I don't usually get to see.

Ketring Park is a mainstay of my runs. It's around three miles west of my home, therefore it represents pretty close to the western edge of my range for a run that I begin from home. I may occasionally go slightly further west on a long run, but by the time I get to Ketring, I'm committed to at least a six and a half to seven mile run. The point being...I rarely go any further west. I figured if I started from Ketring, I could push further west into parts of Littleton that I rarely ever see, and still get back at a reasonable hour in the morning. Exploring AND saving time...a great combination.

After about a mile of running west, I started noticing a bunch of people getting ready for a race. People were attaching race bibs, stretching, jumping up and down, and doing all the stuff one does before running in an organized race. It's weird for me to see a bunch of people dressed to run while out on a Sunday morning run, but especially when I'm running on city streets. I had no idea where the race was taking place, but my original plan was to run through downtown Littleton, so I kept moving in that direction. Naturally, that was where this race was beginning, so my intended route was now littered with hundreds of pre-race runners, most of whom were probably wondering why I was already running before the race started.

I diverged from the racers as soon as I could, but not before I got a few strange looks. I looked up the race on my phone, and found that it was the Platt River Half-Marathon and Relay. As I understood it, you could either run the entire race yourself, or get a team of three and run it in three shifts of 5 miles, 5 miles, and 3.1 miles. I've never heard of a relay half-marathon, but it's an interesting idea. Seeing people prepping for a race got me thinking about past races I've run, and the fun of the pre-race enthusiasm. It's a very communal event for a sport that tends to be very individual and isolated. I enjoyed feeling their excitement, but I was glad to be back by myself again.

I found myself running towards Belmar, which is an exclusive and highbrow subdivision. They have several lakes in their community, so I thought I might run through and see if I could get any lakefront views. The gates to the gated community were open, so I ran on streets that held beautiful million dollar plus homes. I saw where I could access the lakes on my map, and ran through. There were several signs which read, "Residents Only". I chose to ignore said signs, because I'm a rebel and a willing trespasser when I am annoyed by elitists. Plus no one was around, so I didn't figure I'd get arrested.

The lakes were beautiful, but I started getting a "you're not wanted here" feeling just being in the area. Even though there was no one around to give me a dirty look, it felt like the subdivision itself was giving me a dirty look. I felt unwelcome in much the same way I did when I ran through a golf course back on post 96. I was a bit relieved when I slipped away from the lakefront area and began running back to my car through public streets.

The photo for this run came just before I entered Belmar. There is a small and lovely rustic area complete with running trails and ponds, and these old buildings. I found it quite beautiful on an early morning Sunday, and quite peaceful. It was quite a spiritual contrast from the lakes I was about to experience. This little pond felt welcoming and serene. It was definitely my favorite place I encountered on my route. 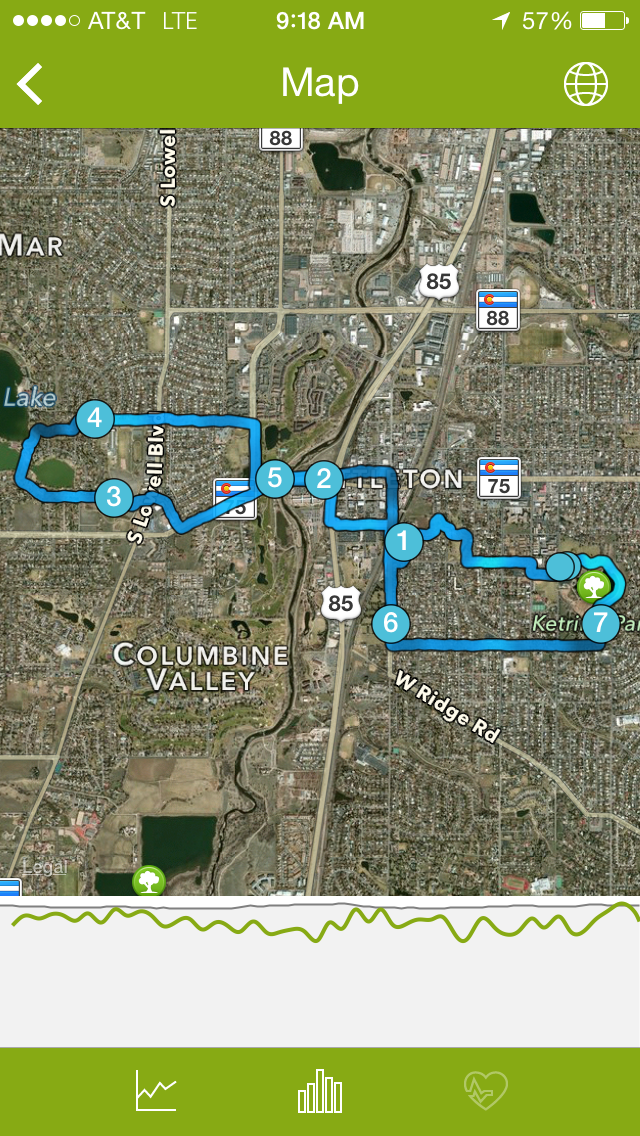