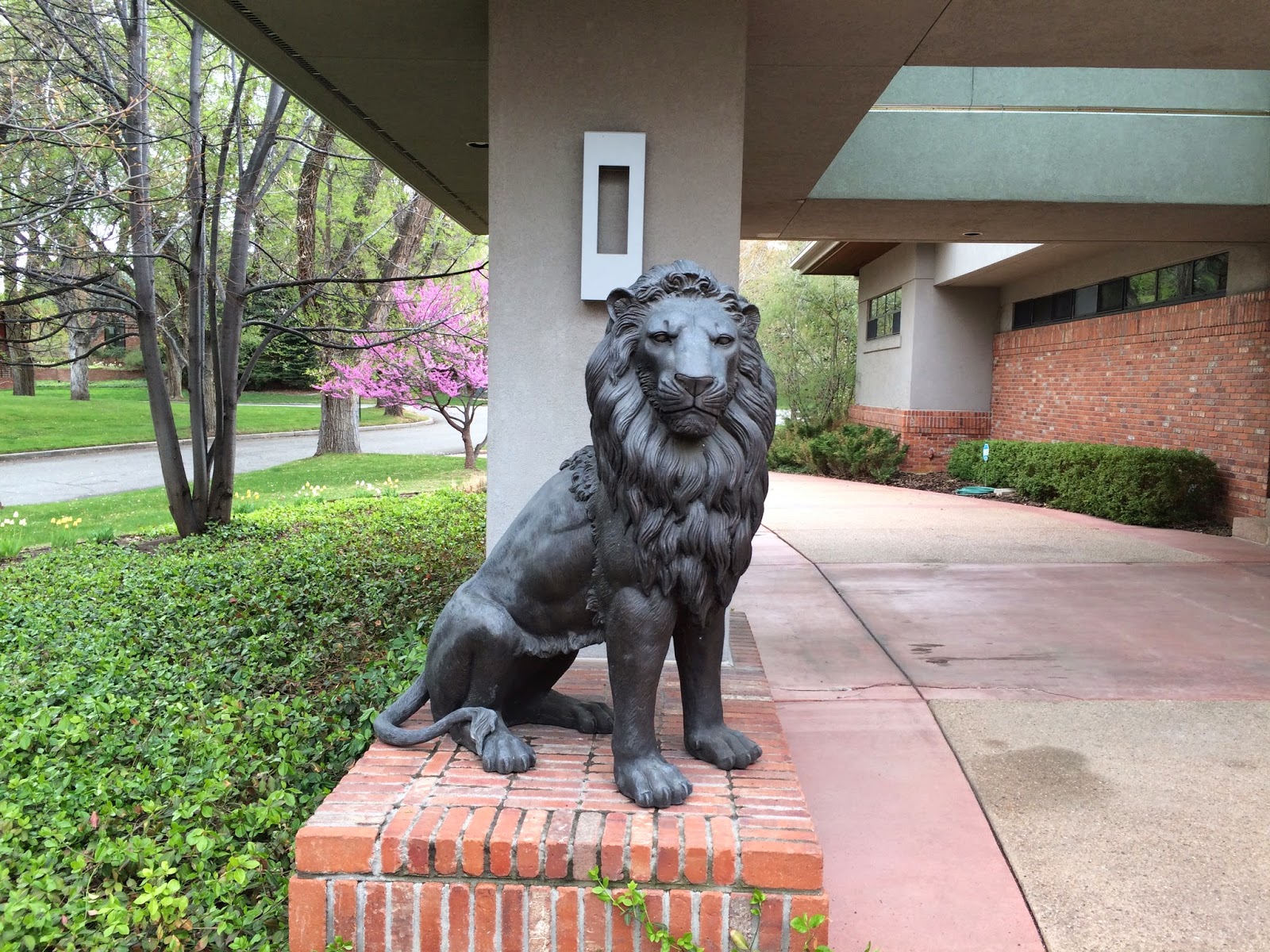 This photo had to make the blog, as it has not only a very prominent lawn lion, but if you look in the background...PINK TREE! Lawn Lions and Pink Trees...two of my favorite things in a single photo. Needless to say, this was a slam dunk.

The road to this photo was paved with unwelcoming streets of gold. Or rather, streets with gigantic houses where really rich people build gigantic homes with large unfriendly gates. "We have money, and we'd like to keep the rabble out." Fortunately, my style of rabble is not easily turned away. I won't climb a fence or cram myself under a gate to get by...but if you happen to leave your gate slightly ajar...well, I see that as a welcome sign. (I'm totally going to get shot some day.)

Actually, I didn't even slip through slightly ajar doors on this run. I only ran on roads with zero encumbrances, but I was tempted to slip through several slightly ajar gates just because I theoretically could have. I avoided doing so, as I'm keen on avoiding getting shot. The unwelcoming neighborhoods I did find myself in, though, were quite beautiful. I decided to venture a bit East of Wash Park, through some places I had never been before. These are homes with a decidedly large amount of largess...Let's just say I saw a lot of Lawn Lions that looked totally appropriate. I also discovered that when a housing development uses the word "Polo" in their name, they really don't want visitors. I ran through places with names like "Polo Club North" and on a few occasions, I had to double back because one entryway was open to the neighborhood, but the other end of the street confronted me with a locked gate. I found myself annoyed with rich people and their huge houses. Then I went slightly south of the Polo neighborhoods, and found some much more welcoming rich people neighborhoods that didn't lock me out with huge cast iron gates. I like that much better.

In these more welcoming rich hoods, I found this circular driveway with the Lawn Lions protecting both sides of the carport and the pink tree in the background. If you think that I didn't totally walk up the circular drive in order to get a close up photo of the Lawn Lion, well, you don't know me very well. I had to get a good picture, it was for www.runshoot.us...I'm not just some yahoo jogger. Well...technically, I AM some yahoo jogger, but a yahoo jogger with a minuscule web presence, so that justified it.

It was a beautiful Sunday for running, and I hadn't been out since the previous Wednesday, so I decided to take an extra spin around Wash Park after I was finished with my tour of the neighborhood, because I felt amazing after three days of rest, and I wanted to keep going. I contemplated taking another lap after that, even...but I decided too much of a good thing might be a bad idea.

Still, it was an awesome run, and I just realized that I've now posted photos of lions in back to back posts. This lion is much more imposing and lion looking, though. (Although, I remain a fan of the weird tree stump lion from Post 266.) I realize I'm living on borrowed time when it comes to pink trees, as many of them are already starting to shed their flowers, but there are still many around, so I'll enjoy them while I can. Until next time...long live pink trees and Lawn Lions. 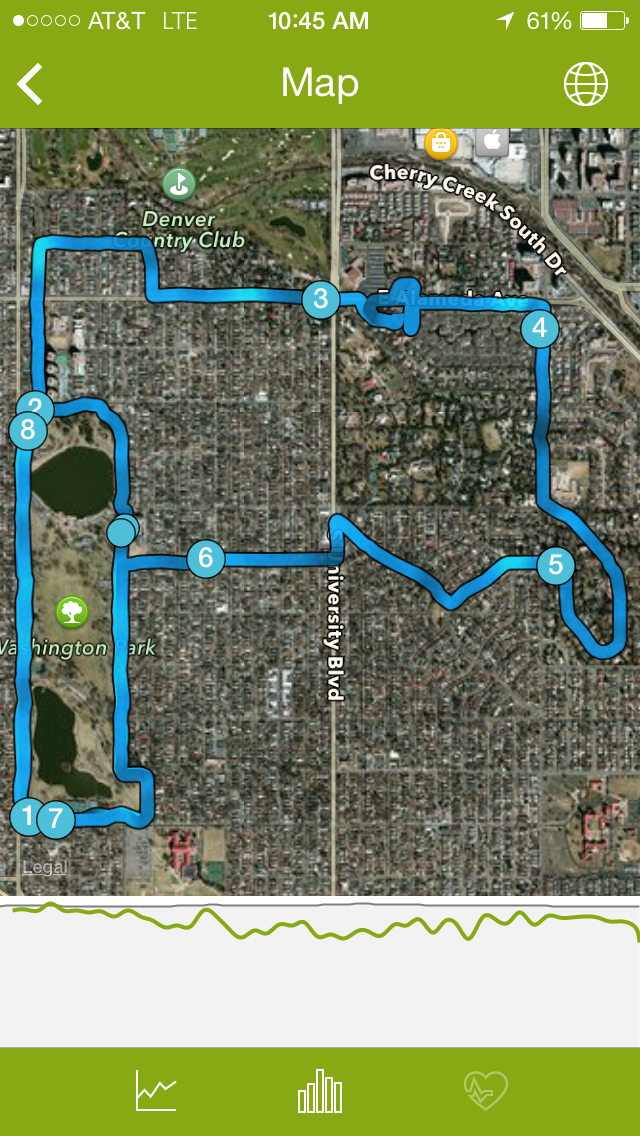