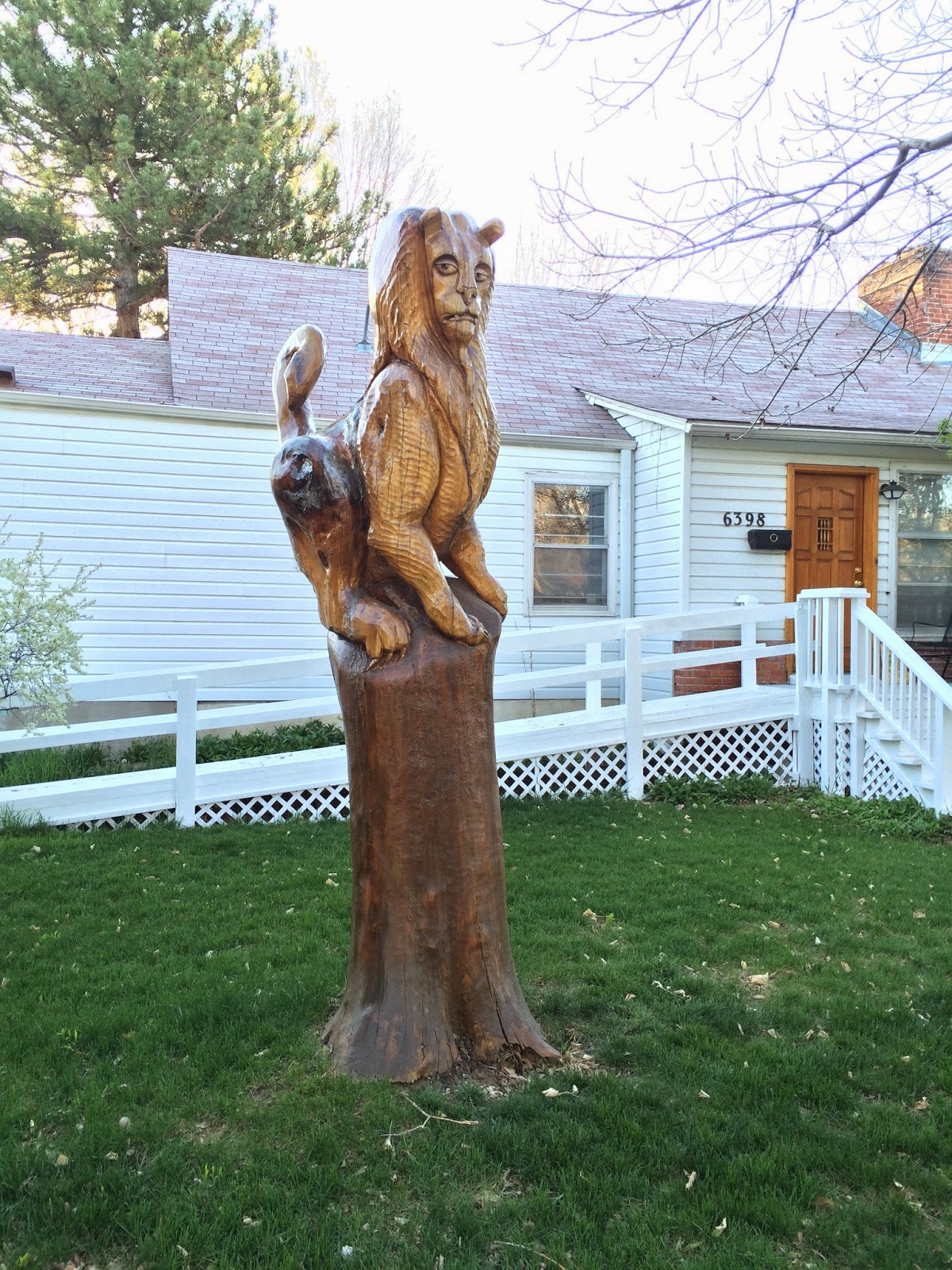 As promised in post 262, Here is the odd lion carving that exists in Littleton. I have been wanting to get back over to this house ever since I discovered it last week. I slightly misjudged where I remembered it to stand and had to double back on its street, but eventually and without too much difficulty, I stood in awe before it's awkward presence.

Yes, It used to be a tree. Any doubts as to that fact (which does seem rather obvious) were put to rest when the home's resident and his Middle School aged son walked out the front door as I was standing on their lawn snapping photos. The man looked to be in his mid-50's and very docile. His son looked confused as to why I was standing on their lawn. I mostly felt sheepish about standing smack dab in a strangers lawn completely uninvited.

These situations always get me over complimentary, and despite the fact that I find this particular piece of art to be somewhere in the general vicinity of terrifying atrocity, I immediately started gushing praise to the homeowner. My general thought process on this is that people are less likely to shoot you if you speak in glowing praise of the artwork in their yard.

I told him that I really liked it. (Not a lie, as I'm a giant fan of yard atrocities.) Then I went on to tell him I found it very interesting. (Again, true.) Then I asked him if it used to be a tree. (Seemed obvious, but he told me that yes, indeed, it used to be a tree.) Then in a final act of self-preservation style flattery I asked him if he had done it himself. He let me know that he isn't that talented, so he didn't do it himself. I then told him and his son to have a great morning before they could fully wake up, come to their senses, and figure out what they might want to do to a weirdo was snapping pictures on their front lawn, and skedaddled. Thankfully, neither of them followed me. 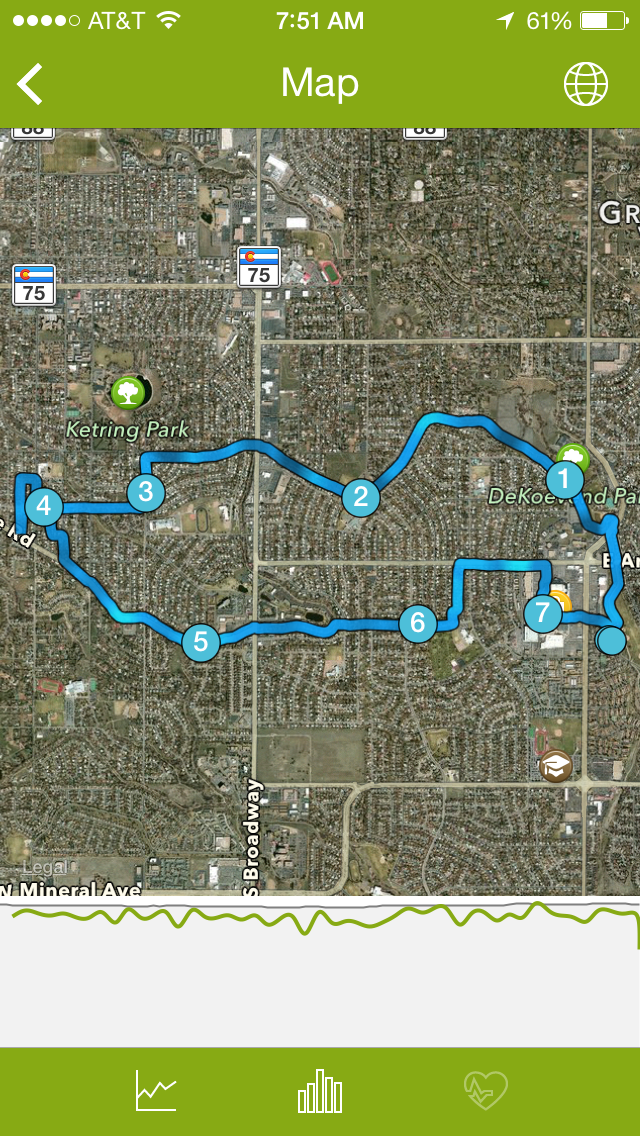