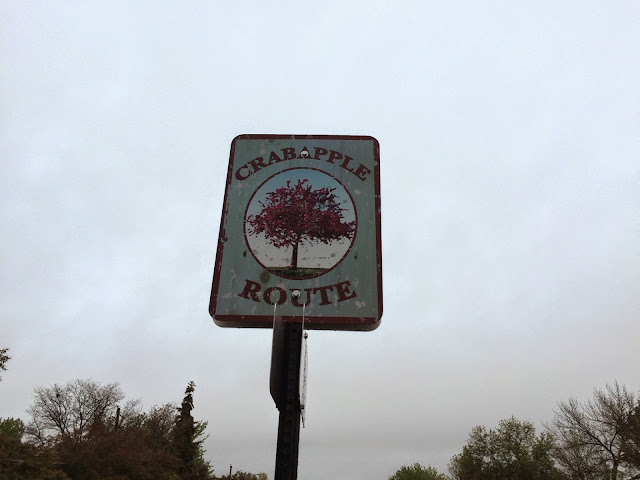 "I am sitting in the street, and that's not great."

This is a thought that happened in my brain this morning during the course of a run that was pretty far from okay in the negative direction. After not running for five days thanks to a combination of influenza and dentist appointments, I was finally clear to get in a good run, and with plenty of rest, I was anticipating a pretty solid outing. Life, however, had different plans.

I briefly considered not going running, as there was a light but steady rain falling, but after a five day break, I really wanted to go, and was willing to get wet as a side-effect. It began innocently enough, the first mile and a half was quiet and steady, and seemed to be heading in the direction of a typical solid run. Then it hit me, the realization that I was quickly experiencing a low blood sugar event. I stopped running, ate the emergency glucose gel packet I always carry with me, shut off my podcast to assist in my concentration, and began moving as quickly as possible in the direction of the nearest convenience store...which thankfully wasn't all that far away.

The glucose package is designed to act quickly, but it was neither fast nor strong enough to take care of the problem. As I walked, things were quickly getting worse. I got a little dizzy, but then...things started getting weird, and not in a good way. Suddenly it was as if the connection between my brain and feet had been severed, and every step was an adventure. My legs were acting independently of the rest of my body and walking became exceptionally difficult. My lower limbs were twitching with each pace, and it was completely involuntary and exceptionally unnerving. I'm certain that to a passerby, it looked like I was a crazy drunk pedestrian just cruising down the road at 6:30 AM....an unusual time to see a drunk pedestrian, to be certain.

The harder I attempted to concentrate, the worse the spasms became. At one point I was so off balance that I literally hugged a tree to try and center myself. That didn't work, and things kept getting progressively harder to control and legitimately frightening. I was in a tough place, because the thing I needed to do was arrive somewhere that had something with sugar in it that I could purchase, but in order to get there, I had to walk, and walking was the thing that made me frightened. The solution to and cause of my problem were the same thing: walking.

I kept moving, and eventually was within eye shot of the Corner Store. I thought my problems were nearly over, when a particularly violent spasm caused me to completely lose control and fall down in the street. This is the point where my thoughts turned to...

"I am sitting in the street, and that's not great."

Thankfully it was a non-busy street, and I was able to gather myself and push myself towards the store. A friendly concerned citizen with a massive beard walked up to me and asked me if I was alright...I must have appeared to be either intoxicated by alcohol or some illicit drug, or just have appeared to be the world's clumsiest man. I assured him that I was okay, and just needed to get inside and get a little sugar in me, and all would be fine.

I walked in, grabbed an Arizona Ice Tea, paid, and headed back out. Quickly slamming an ice cold tea on a chilly, rainy day is a weird experience that I wouldn't recommend, but thankfully, it (combined with the glucose packet finally kicking in) did the trick. After about 10 minutes, I felt like a normal human being again. A normal human being with a huge gash on my palm and a sore knee and elbow from awkwardly hitting the ground after being physically incapable of walking across a street, mind you. But still...mostly normal.

The rest of this run was a mess. I somehow irritated a rib muscle in my fall, so my breathing was more labored than normal, my knee was sore, so running was difficult, and I was just in a bad head space. Plus, as has been the custom throughout the month of May in Colorado, it was raining profusely. So I did a bit more slow running, a larger amount of walking, and for the most part whether walking or trying to run...being a slow wet miserable mess. I managed to run a little over four miles at a glacial pace, but the largest emotion that I felt was relief when I finally made it home again.

Today's picture was taken AFTER my fall, and in keeping with the morose tone of this run, it features the exceptionally gray sky. It also features a Crabapple Route sign. These signs can be found all around Littleton, and although many have arrows pointing in one direction or another, do no seem to be coordinated in any discernible way to be an actual "route". If you begin following one and head in the direction the arrow points, more likely than not, you will be led in a direction that is completely devoid of any other signs. The arrows point in nonsensical directions, and I can't make heads or tails of any type of coherent system in place to actually guide someone to Crabapple trees. These signs also remind me that the glorious time of pink trees has passed, which is yet another reason I was sad this morning...as I do miss pink trees.

Sorry to be such a bummer today. The sun will come out tomorrow. Not literally if you're in Colorado, mind you, as the sun is quickly becoming a thing of myth and legend, but figuratively, it should be a happier gray rainy day tomorrow, at the very least. 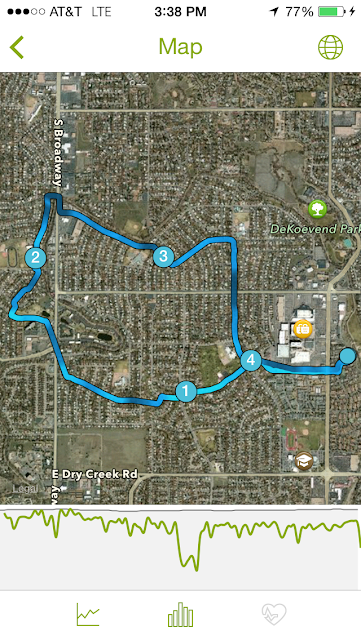