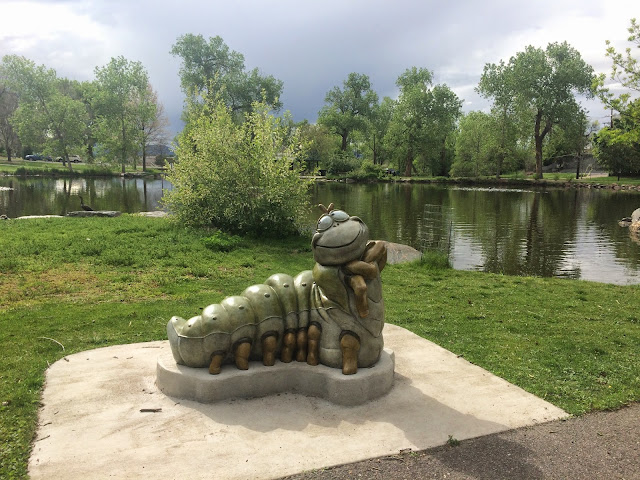 After spending a good portion of the weekend hauling up huge pieces of a loft bed into my daughter's upstairs room and then putting the bed together with my wife, I was a bit spent. However, I wanted to get a good run in, so I drove over to the Littleton Museum and began my run from there. The skies were looking ominous, but I went anyway.

I started out at a very fast pace, and kept that up for about the first four miles of this run, but then I crashed. I think I may have gotten a bit of a low blood sugar, It started raining, and all the physical exertion from the weekend all compounded to make the final two and a half miles quite difficult.

By the time I arrived home, I felt super exhausted. Later that night, I would get exceptionally sick and have to miss the next day and a half at work...which might have also contributed to why I felt so run down on the final few miles. Still, I found some places that I had never been before, and found this awesome caterpillar statue by this small lake, so it was not a run without any merit, and those first several miles were pretty awesome.

In retrospect, I wonder if I would have gotten so sick if I had just taken it easy on Sunday afternoon, or perhaps the virus was going to get me either way. 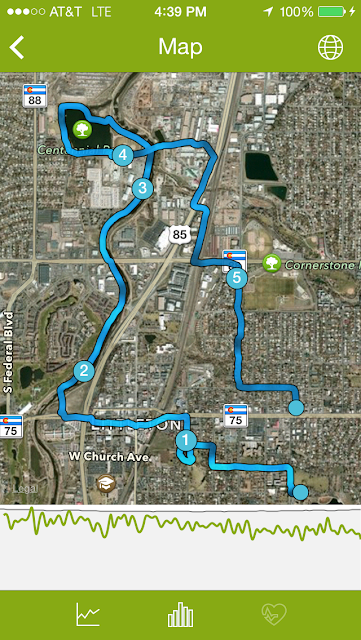 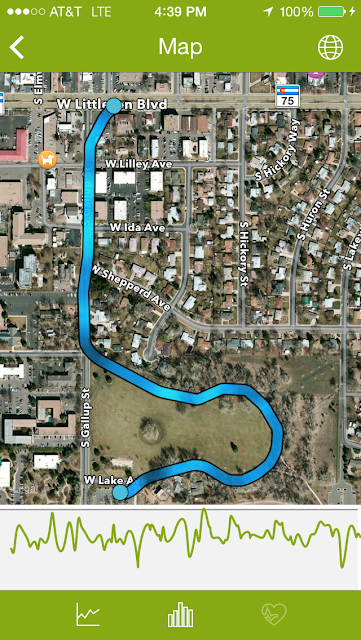