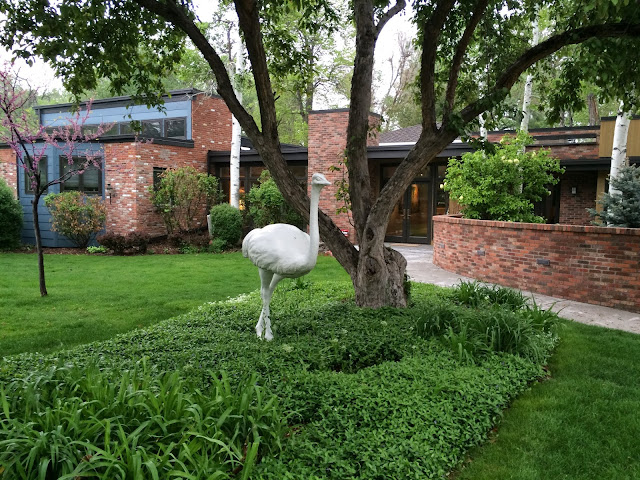 This morning I discovered a new (to me) street filled with very large homes. It's not terribly convenient for getting somewhere, as it only connects with one street, and when you reach the end you have to turn around and retrace your steps to get back to the street where you started. However, what it lacks in convenience, it makes up for in quirk factor. This is a truly glorious street in terms of things that "Run and Shoot" holds dear...that is, there are a bunch of weird lawn ornaments on it. I'm a sucker for a weird statue, and this street contains some lovely Asian lawn lions, a samurai warrior statue, a bear holding up a mailbox, a weird brass anthropomorphic dog statue with huge claw hands wearing what appears to be a pilot's uniform from World War II, something that appears to be a miniature Trojan horse rendered in stone, a mailbox that is posted on a strange chain link post that looks like a chain chomp from Super Mario Bros, and of course...this Marble Ostrich, because why WOULDN'T you want a marble ostrich in front of your home? Safe to say this street will probably be heard from again in the future. Long live Cherryville Road!

In music news, Mumford and Sons dropped their third studio album "Wilder Mind" yesterday, and this morning's run was the first time I had a chance to give it a listen. I am unapologetically a fan of the band, but I was nervous about this new album's sound, what with it's complete abandonment of banjos...a big part of their previous success. I listened through it twice while running, and I feel safe in proclaiming that I like it. I'm not sure yet if it has the staying power their previous albums held in my rotation, but after spinning through it two times, I'm digging it. It made for good running music, too. My only complaint would be with it's strange mix that sometimes uses the stereo to toss the sound back and forth from ear to ear...which made me think a couple of times that my earbuds might be giving out. It's a weird, and unnecessary effect, but it's a small complaint for music I'm truly enjoying and wanting to hear more. 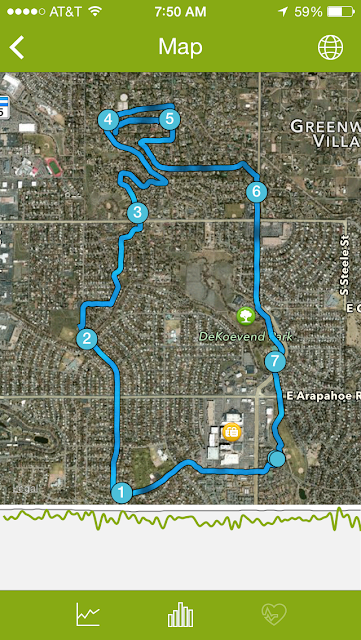