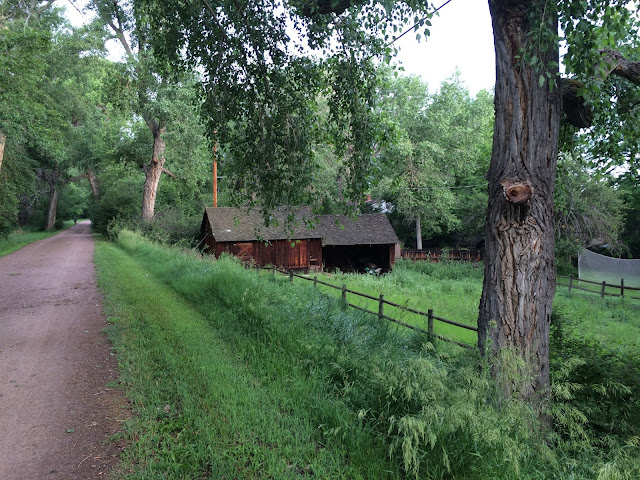 The Highline Canal was calling my name, and I had zero desire to pound pavement, so I was not terribly adventurous on my run today, but stuck almost entirely to the trail. It was lovely. I felt fast (by my standards) and strong, and hardly needed any rest breaks. It was a nice break from the usual of the past month which has been a struggle at times.

I barely stopped to take any photos, but I did like this one that I took of this little barn on the side of the trail. It was a beautiful cool morning, and the clouds made the light quite nice for photos...sadly I hardly took much advantage.

The most memorable and weirdest part of this run was breaking out the new Running feature on Spotify. What it does is use the location services on your phone to determine your pace, and then it matches up music to that tempo so that your music matches your steps. It worked amazingly well, but it was a little strange. The music was this epic sounding orchestral music which made it feel like I was in a movie with my own personal soundtrack. It also made it feel overly dramatic, as if something significant was about to happen around every corner. I liked the way the music perfectly matched my pace, but it was a little too weird to keep up for long. I used it for about 10 minutes, but decided to go back to the Mediocre Show. I might try it again using a different style of music at some point, but that epic soundtrack style will probably be skipped next time. 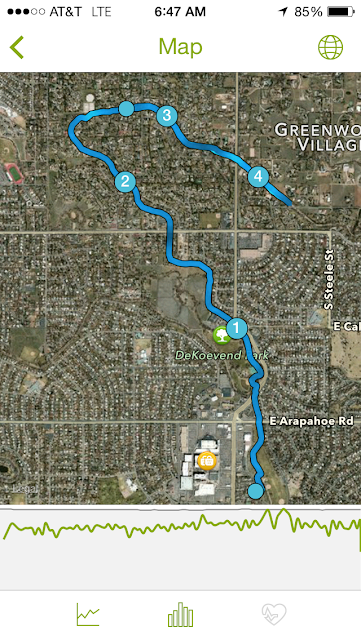 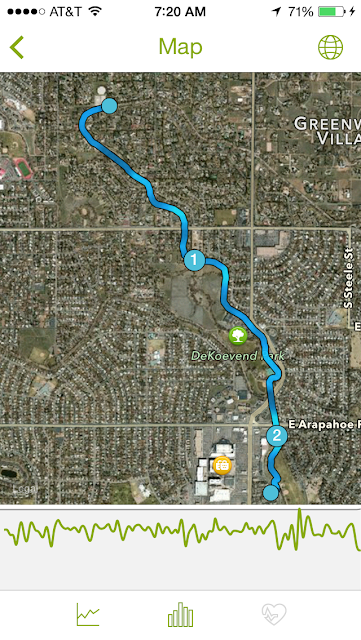