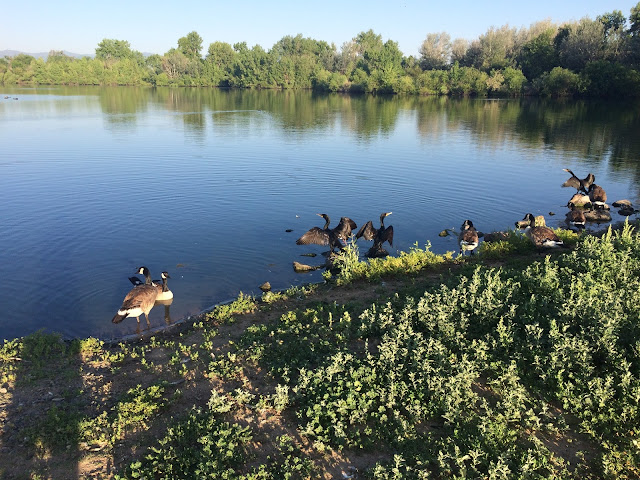 Four minutes into my run I encountered a beginner uni-cyclist on the trail. You may wonder how I could tell he was relatively new at his craft, but it's hard to hide inexperience on a unicycle. He was managing to keep upright, but just barely and if I had to use one word to describe his ambulations, it would be "unsteady". There are few things in life so wonderfully and unexpectedly entertaining as watching an uncertain uni-cyclist. Part of me wanted to follow him just to see if he would bite it at some point on the trail, but I managed to control myself and not stalk him.

A bit later, I found myself at Ketring Lake, and in addition to the usual geese, there were several of these elegant black birds on the side of the lake. They looked really cool, and as I approached they did something interesting. They didn't fly away, but when I got too close for comfort, they put their wings in the ready position so that they could launch into the air immediately if necessary. Then they just stood there with wings at the ready. All three of the these type of birds in this photo are completely still and waiting for a sudden movement from me. It was really interesting to see, and as soon as I walked back towards the path, they relaxed again and dropped their wings. Obviously, these guys are a little wary of humans...which is probably a good thing. (The geese could not have cared less that I was there, by the way.) 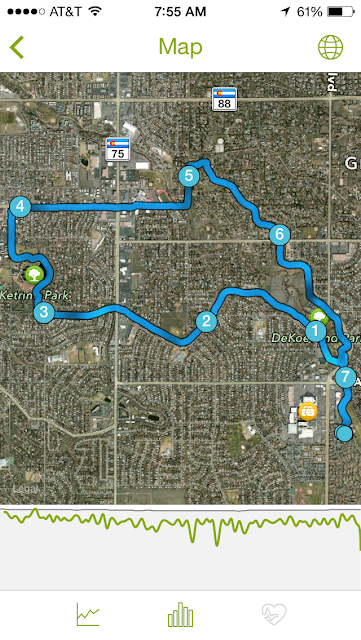