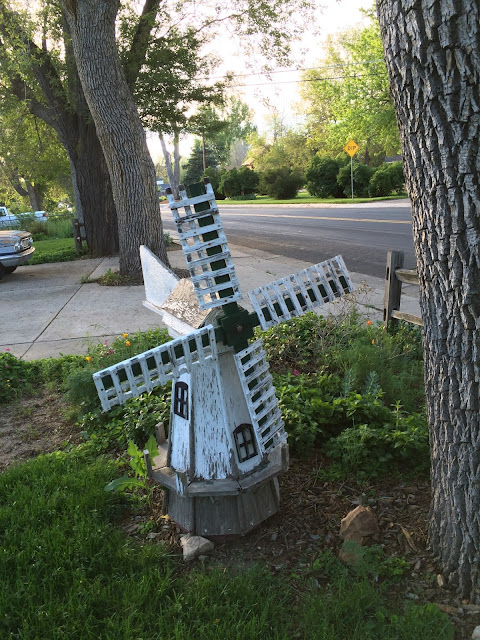 I was a little confused by this yard art, as it's a pretty nice windmill which appears to be created out of a mailbox, however, it has been displayed oddly. It faces away from the driveway, and there is a tree (seen on the right edge of the photo) that mostly blocks the view of the windmill from the street. So in order to get a good view of this decoration, you pretty much need to be on the lawn. (Yes, I went on the lawn to take the photo.) Why go to the trouble of having a windmill in your yard if you're going to make it so difficult for anyone to be able to see it?

As for today's jaunt. I felt really good, and pushed myself to the edge of downtown Littleton. My speeds were super fast, but they were quicker than I've been lately, and I took only a small handful of breaks. I felt amazing throughout the entirety of the run. I covered nine miles running for the first time in a while, which was cool, since I am going to be so busy in June, that I'm worried I'm going to have trouble reaching 100 miles for the 18th straight month. A nine mile start is a good way to kick off the month, and hopefully portends of a strong month in a busy time. 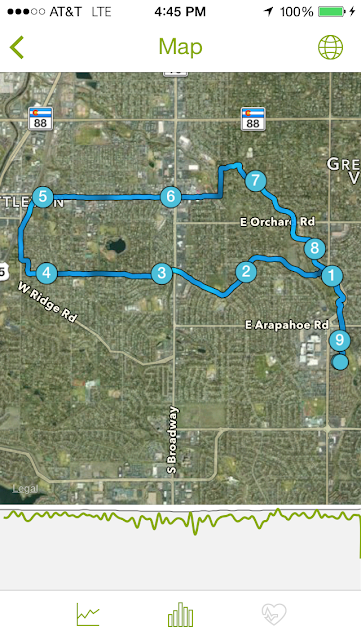