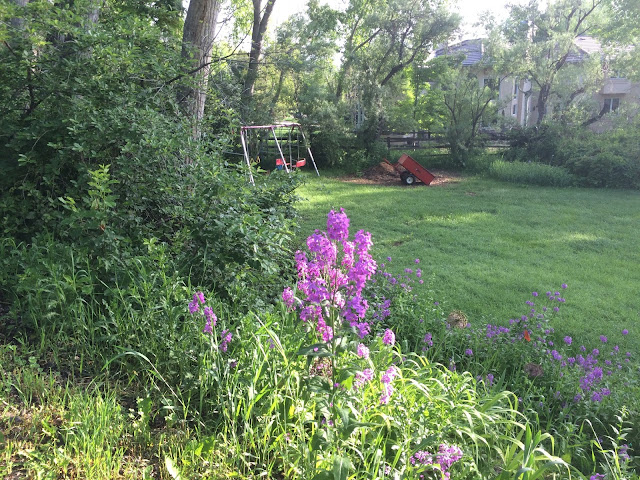 I was in an area which I am quite familiar, but approaching it from an odd angle, and got a bit turned around. One wrong turn, and suddenly I became more and more confused as to where I was, and since I was running eastward, but thought I was heading towards the west, every glance at my map was more and more confounding. I finally got my bearings after about a mile, and after looping around a nice trail, found myself debating if I wanted to take the route I originally was planning on, as that would make my anticipated 7 mile run be almost 9 miles. I decided to push myself, and I was glad I did, because I ended up seeing this cool backyard that backs up to the Highline Canal Trail, and saw the morning light hitting these purple flowers perfectly. As always, it was more beautiful in person than in a picture, but even the picture turned out pretty well.

I've started out June strong, which is good, since there are a lot of distractions coming up in the month to try and prevent me from reaching 100 miles for the 18th straight month, but four days in, I'm over 18 miles already, so things are trending in the right direction, and after two awesome runs in a row, I'm thinking maybe I perform better when I'm worried I might not reach a goal...maybe everyone performs better that way... 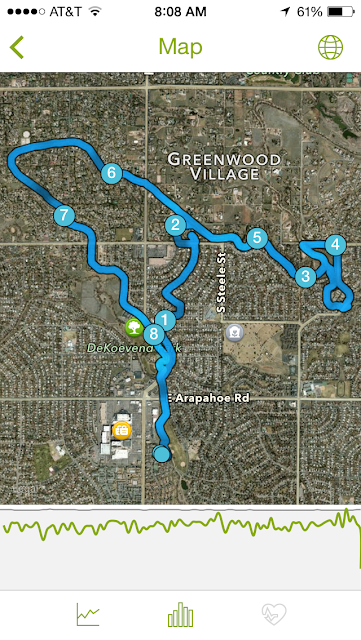