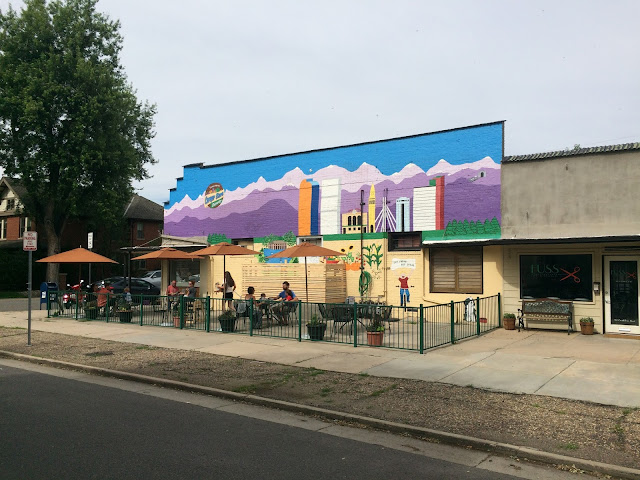 After a week in the Deep South, I awoke on Sunday morning and went outside to discover the sweet temperateness of the first day of summer in Colorado. The temps were in the low seventies, and there were a few clouds which made the day feel nearly perfect. Also, there was a noticeable and glorious lack of stifling humidity.

I headed to Wash Park, and was awash in the glory of a park full of folks enjoying the glory that is my favorite park ever. In one lap of the park I saw ten times more runners than I did over a full week in Louisiana and Mississippi. It felt so good to be among like minded folks who were all enjoying the same activity as me on such a pretty morning.

I didn't even feel the need to explore all that much. I branched out from the park on just one occasion, on which I took the day's photo of the little outdoor cafe, but apart from that one brief diversion, I pretty much just looped around the park three times. My speeds were faster than they had been in a few weeks, and I just felt great. I headed home even more thankful than normal to live in the place that I do. 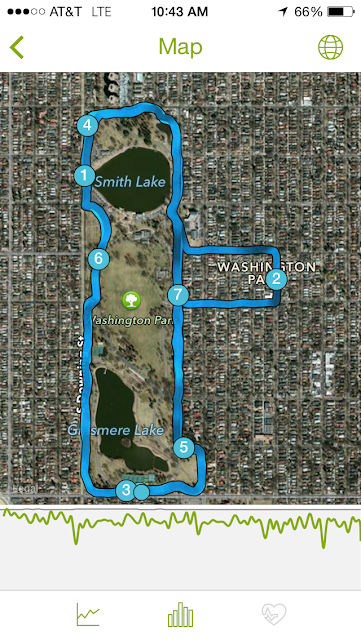