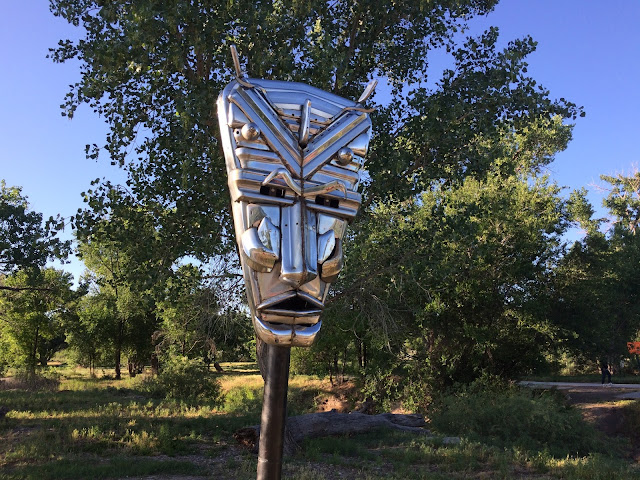 June 7, 2015
6.32 Miles in 1:03:38
Mood: Sluggishly avoiding being attacked by a cat.
Soundtrack: The Avett Brothers "Emotionalism" and "Magpie and the Dandelion"

After a gorgeous wedding weekend in which I ate with reckless abandon, I awoke Sunday morning knowing that my cousin was now married, and I badly needed to get in a run. (Even with this six mile jaunt, I still gained seven pounds from Friday morning to Monday morning.)

I could tell that I had been pushing myself a bit too hard both with lack of sleep and far too much food when I started out. I was sluggish and slow, but it was a beautiful morning, and I was excited to get out into it.

I had never run in Grand Junction before, and wasn't really sure where I was going when I started out, so I just began to move West. Then, after reviewing the map a little, I saw that the Colorado River was just ab tiny bit north, so I headed that direction guessing I might find something worth seeing. That was a solid move, as there are a good number of trails along the river, so I followed them, stopping every so often to check out the engorged Colorado which is living proof of just how much rain the state has received in the past month. It was raging and overflowing it's banks, which was pretty cool to view.

At one point near the river, I found this sculpture, and I immediately knew what I'd be using for this post. This piece of art is one of the most chrome things I've ever seen. It's shiny artificial nature contrasted greatly with all the verdant lushness by which it was surrounded. It looked super cool. I took about ten pictures of it to make sure that I'd get something that I could use.

One last thing that amused me happened right after I crossed a bridge over the Colorado to head back towards my Aunt's house. As I was walking up the path along the bank of the river, I turned and saw a little white housecat that was stalking me. It was hunched down and following me stealthily with it's eyes. If I were a mouse, I'd be terrified, but seeing as I'm a 6'3 dude, it merely amused me. Thankfully, the cat decided against pouncing, so I never had to officially defend myself. 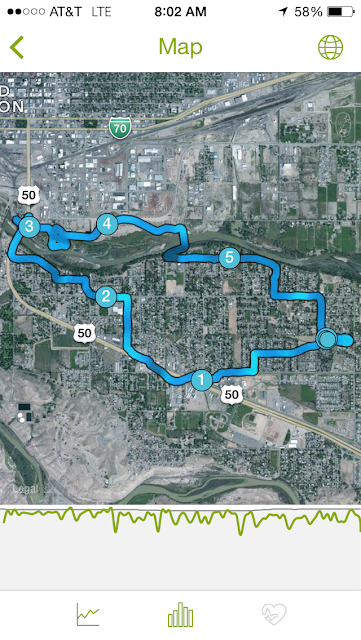