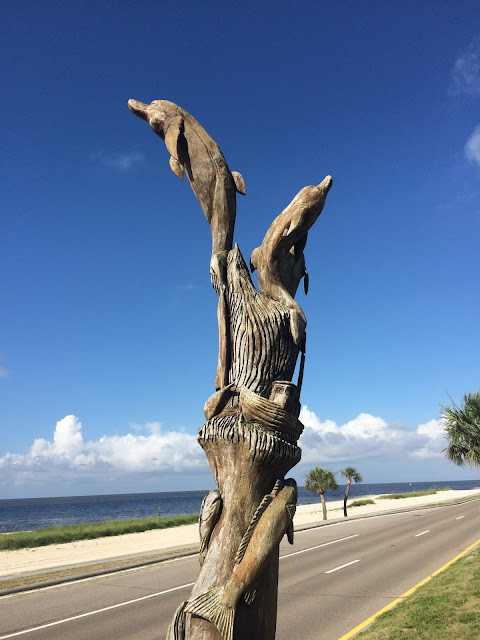 I had seen the beach quite a bit, so I decided to head a few blocks North, and then just run East for awhile. I found some lush vegetation, a park littered with wood carvings, and an awesome old cemetery with gravestones dating back to the 1800's. After nearly four miles, I headed down to the beach to head back towards the vacation house. I stopped in to the same gas station as I did on Monday's run, bought the exact same two waters from the exact same cashier, and as I was leaving, the exact same woman who was walking in on Monday as I was leaving walked in. I then proceeded to chug the two water bottles and soak in the Déjà vu.

The photo for this run was taken right after I left the convenience store. It was a dead tree on the median of Highway 90 that had been carved into dolphins and a ship. It fit right in at the beach...a little weathered, but in a very beachy way. 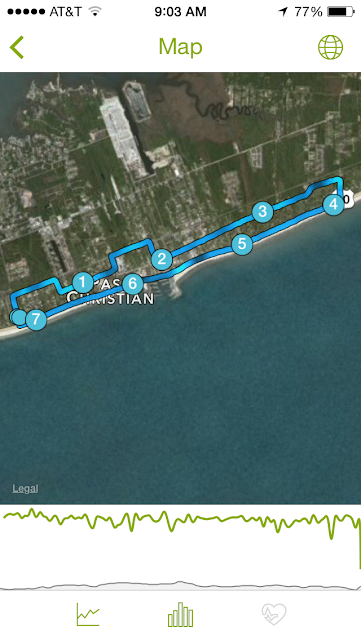