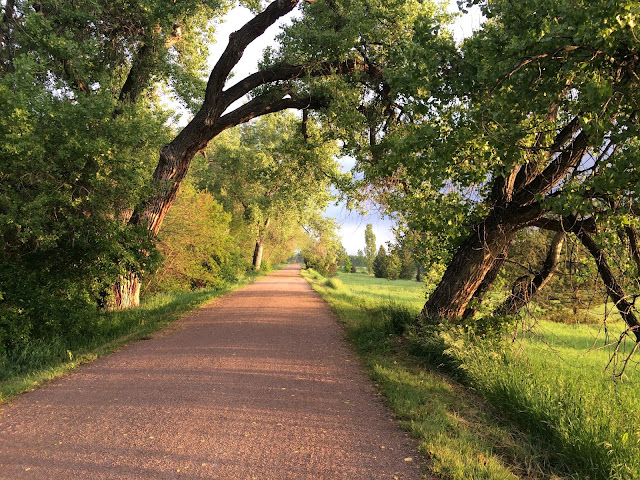 The fact that it rained nearly nonstop in May was aggravating, but if there is a good side to it...Colorado is greener than I can ever remember it, and it's really beautiful. It's a bit odd, as this arid state of mine is legitimately humid right now. Not Arkansas in August humid, but way more moist than we mountain folk are used to dealing with. Thankfully, it's not become so hot that the humidity is bothersome yet, and it'll probably dry up as the summer advances, but we Coloradans find ourselves in a weird green lush world right now, and I'm rather enjoying it.

Not much to post about apart from this lovely photo from the Highline Canal Trail, but I did have one very odd experience on my run today. I saw a man in a blue hoodie with his hood up, and I was able to track him for about two or three minutes, and during that entire time, he was staring nonstop at sprinklers spraying water onto a lawn. He was transfixed. Several people passed him by, and he never broke he gaze to look around, he just continued in his trance. It was like he was in a passionate love affair with irrigation. I couldn't explain it if I tried. Just a weird moment on an otherwise pleasant but forgettable run. 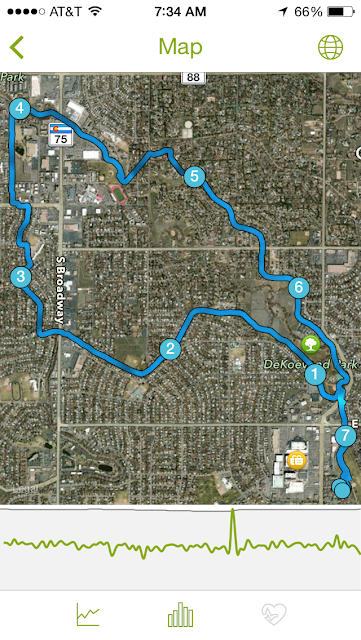