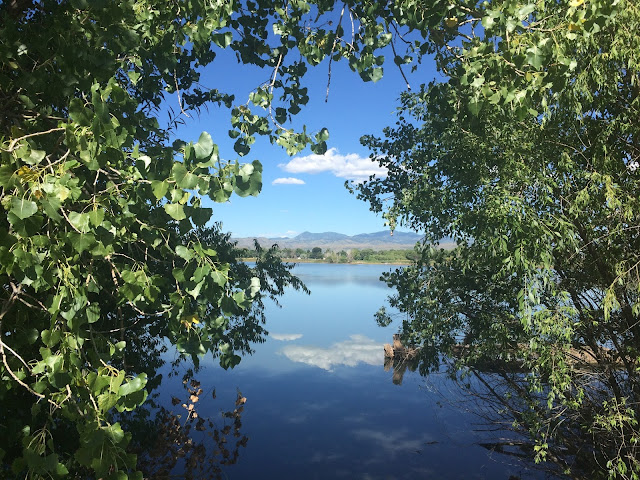 With the kids in Arizona and my wife spending the day at work, I had all the time in the world to spend on my running outing this Saturday. I took advantage by beginning at Sloan's Lake, and then just went where the winds (and my legs) took me.

Mostly they took me West into Lakewood/Edgewater, and I discovered places I had never seen. (Such as the world's longest cemetery.) There is an Olinger's Cemetery that I thought would never end as I ran down 26th Ave. It is impressively long, there is plenty of room for all of the people who are dying to get in there. (Play on words!)

This was an odd run, as a little over halfway through, my blood sugar dipped to the point that I had to start walking rather than running. I didn't feel terribly low, but I definitely didn't want to push it with hardcore exercise, so I walked for quite a while (It's why the sixth mile on the map is so long, as the running app was paused.) I finally found a Wal-Mart...salvation to so many including me and my low blood sugar. I bought a Hershey's bar, a bottle of water and a banana, and a few minutes later, I was back on my game. I never felt rushed, because I pretty had all day to be out if I wanted, so I didn't feel the need to get finished up and arrive somewhere else. That was a nice feeling.

The weirdest moment of the run probably happened when I approached Casa Bonita from the West. In all the years I have lived in Colorado, I have been to Casa Bonita many many times, but never have I approached it from the West side. Honestly, I'm not sure I would have believed you if you had told me that there was anything West of Casa Bonita...there is just no reason to go that far West on Colfax. Yet, there was the familiar pink tower with a gold dome sticking it's head up over the shopping center. I knew what it was, but it struck me as super odd to see it...even as I knew it was going to be arriving on the horizon.

Today's picture comes from Crown Hill Lake, which had a lovely path to run along, and as I was traversing it, suddenly this exceptionally beautiful scene just appeared. I stopped to admire it and take a picture, and I pretty much knew it was going to be the picture for this run...even though I had previously taken some pretty great pictures of a Firetruck Mailbox (which was amazing) and a sign for a Doll Hospital (which was amazingly creepy). I also knew that Casa Bonita was in my future, and still...this cool lake scene won the day because it's really pretty! 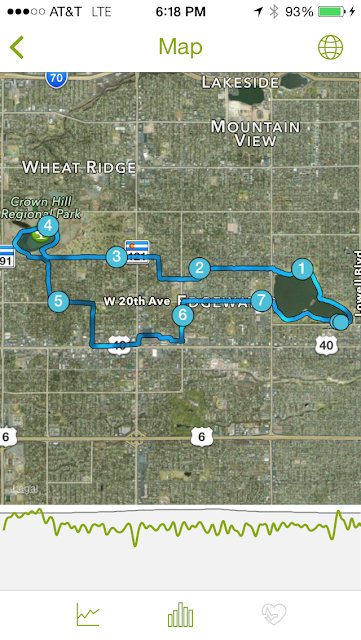