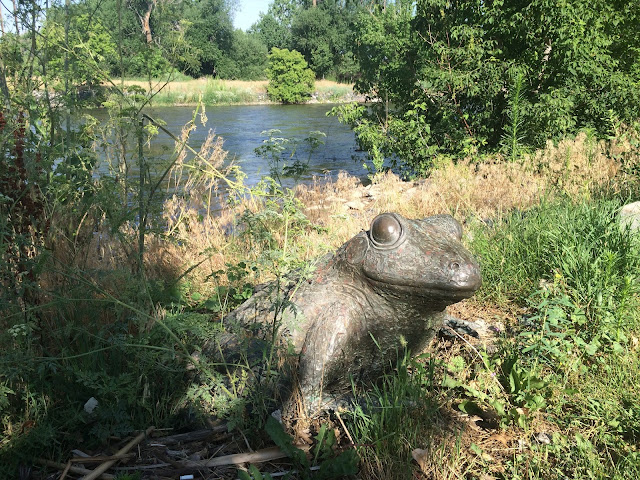 My original plan for this Sunday morning was to head up to Wash Park and run towards Cherry Creek to scout out the Cherry Creek Arts Festival, but after driving about 15 minutes north from home, I realized that I had forgotten my phone. I didn't want to run without my running tracker or tunes, so I turned around and headed back home to retrieve it.

My wife was planning on heading to work at 10:00, so I had a deadline. After wasting half an hour driving, I didn't have time to get in a full run near Cherry Creek, so I decided to drive to another park that has proven to be a pretty solid starting place for runs...Ketring Park. I headed to the West and then the South, and ended up jogging along the South Platte.

I had been back in Denver from camp for a day, but my mind was still largely in camp mode. It takes a bit of time to get yourself snapped back into a normal rhythm after a week at camp. Running certainly helped, as I got in a seven mile run...my first run in a week. It was amazing to see my family again, and it was nice to be back running, but there was definitely a part of me missing the fun and challenge of camp.

I found several new places I had never run before, and it was fun to be out an exploring. My favorite find of the day was this frog statue on the side of the South Platte. I think I'm glad I ended up missing out on the Wash Park scene for this run, as there was something serene and necessary about this run that would have been missing in the more urban setting a bit further north. 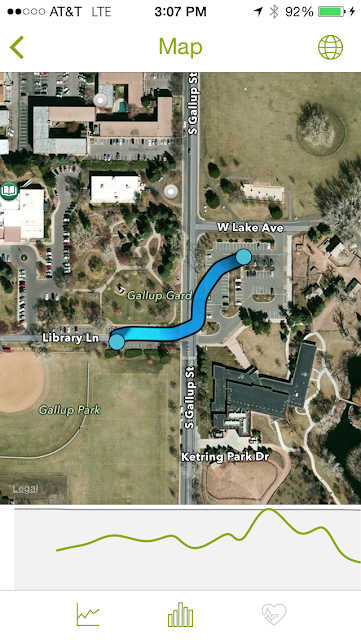 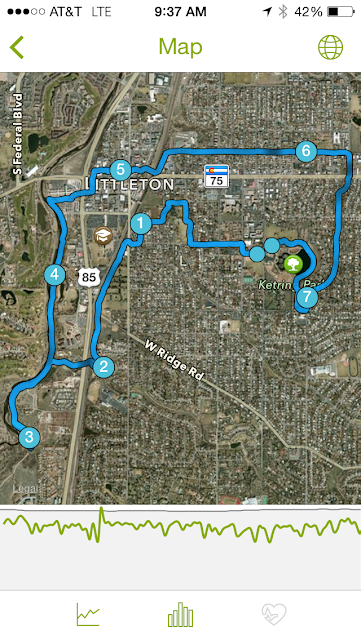