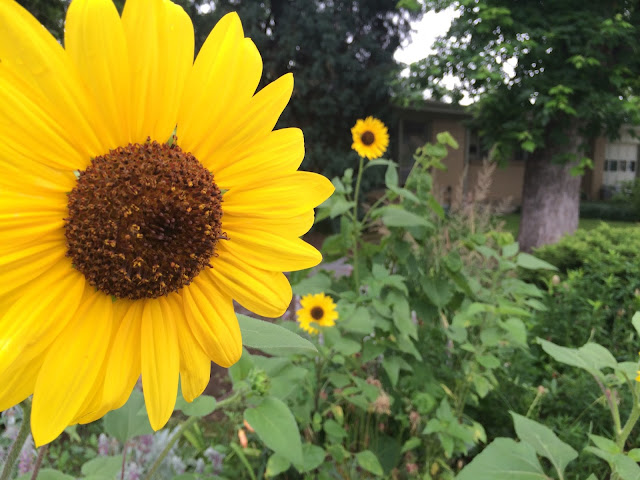 It's a little ironic to find such wonderful sunflowers on a cloudy and hazy day such as this, but I managed to do so. They were easily the most scenic thing I found to photograph on this run, although I did manage to find several nice patches of flowers.

Oddly, I also discovered two little libraries on this run that I had never seen before. I am amazed at how many of these are scattered around Littleton, even with as many different streets as I run, I still find new ones on occastion. These "libraries" are small little enclosed bookcases where folks are encouraged to take or leave a book. My favorite thing to do when I see these look for the first book title of which I take notice. The first one I spotted had a relatively dull sounding "Zone-Perfect Meals in Minutes" It's a little confusing, as I have no idea what a zone perfect meal is, but when you boil it down, it's a cookbook...something that seems like it should no longer exist in the age of the internet and the ubiquitous recipes that come with it. The second library had a more interesting title that I first noticed in, "Hell Hath No Fury". I don't know what the book is about, but it's bound to be more interesting that a cookbook, right? 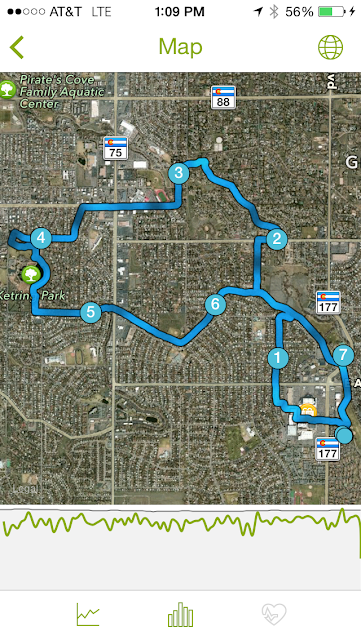