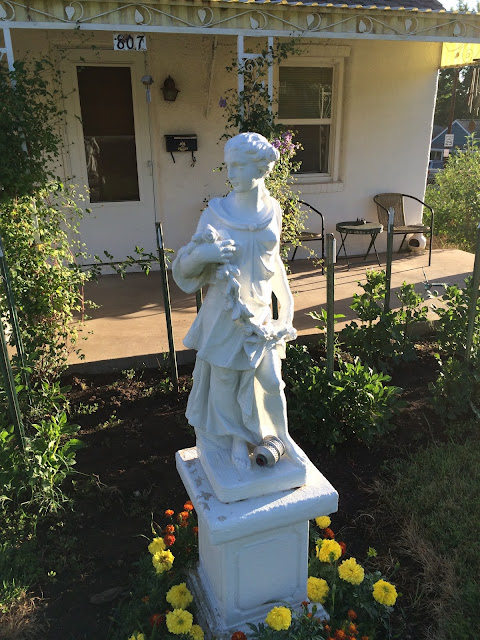 Oh the glory that is a new pair of running shoes. My old pair had been run into the ground. It was getting to the point that my legs were feeling the ill effects every time I went out. Old running shoes slow your running speeds, make your recovery time longer, and they just generally feel icky. I bought a new pair over the weekend, and this was my first outing with them, and they responded like champs. I was able to run longer and faster and I felt amazing when I was finished. There are few small things that are any better than getting out in a new pair of running shoes.

Today's photo comes from an area that is replete with white marble statues. This particular statue is super close to the nude woman statue from post 281. In fact, the blue house in the background of this photo is the house where that statue is located, and both of these statues are only a few blocks east of the crazy looking Native American statue from post 110. This particular statue is honestly a little boring, but it does look classy in this yard...which is well manicured and aesthetically pleasing. It's easily the least jarring of the marble statues in this area. 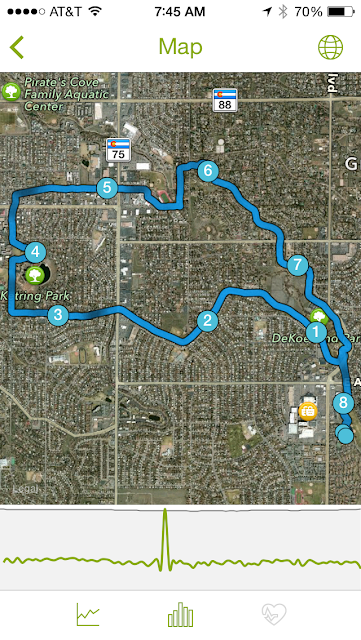