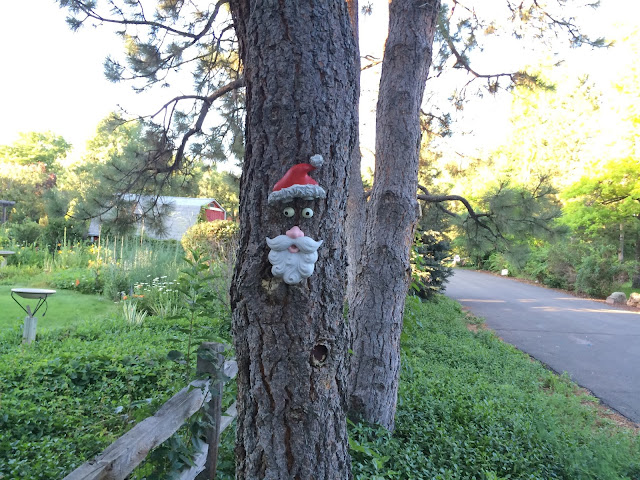 I had plans for today's lunch which would require me to take much more time off the clock running errands than I usually take for lunch, so to make up for it, I was determined to get into work earlier than normal today. I also was determined to still get in a decent run which meant that I would need to pick up the pace a bit today or just take a shorter run.

That determination to get back early led to me taking a slightly shorter run than usual, but at a much faster pace. I only stopped to rest or take a picture a tiny handful of times, and got back before 7:30 (when I often get back around 8) while still getting a full 10K in.

I somewhat cheated with today's photo, as I knew exactly where I was headed all run. I went to Cherryvale Street because I knew at the end of that street is this tree with a Santa face on it. I have no clue the significance of the Santa, but it amused me that it's up year round. So happy Christmas in July, everyone! 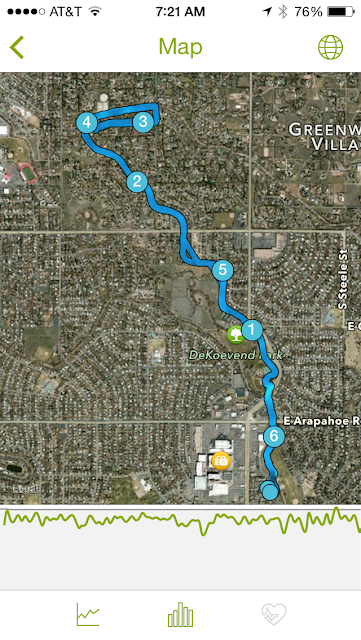