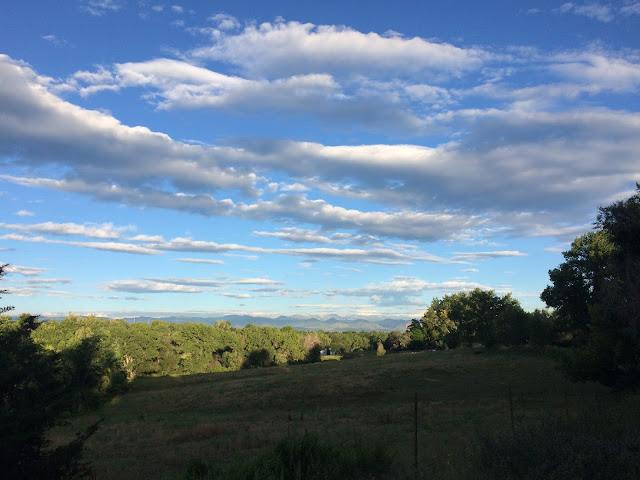 I made my running outing awkward completely unintentionally this morning, and I was only saved by the beauty of clouds. I stopped for a brief moment less than a mile in, as I wasn't feeling good about the music I was rocking, so I started looking for something new. As I played DJ on my phone, a woman ran past me. I found a musical selection I was happy with, and then I started back on the trail. The woman was running at a good clip just few paces ahead of me, but just a tiny bit slower than my usual running pace.

After about two minutes, I caught up to her, and I intended to keep at the same pace and pass her. However, I think she took my passing attempt as a personal challenge, and she sped up. I had gotten about two feet ahead of her, and didn't want her to pass me up so soon after I passed her, so I sped up in the hopes that I could outpace her. We both sped up to a really fast pace, while refusing to acknowledge each other despite the fact that we were running side by side at the exact same speed like we were the oldest of friends out on a run together. It was weird.

After about three quarters of a mile, I was feeling creepy. I wasn't trying to impress this girl or get her phone number or anything, obviously, but I felt like she might have thought I was trying to hook up with her. I didn't want to be a creeper, even unintentionally, and right at the moment I thought to myself that I might be really freaking this woman out. Just then, I noticed the beautiful scene in the photo above. I stopped and let her disappear in the distance while I took a picture of this bucolic scene on the side of the trail. I've never been happier to see awesome clouds. I took a little extra time to let her escape so far away that I'd never need to see her again, and then resumed feeling much less weird about my morning run. (Although I resumed at a much slower pace than the previous three quarters of a mile had been run.)

The other moment of interest from this run happened when I saw someone walking their dog down a path in an area that I had never thought was an actual trail. I passed the man with the dog and soon found myself traversing what appeared to be little more than a rabbit trail along a stream. After walking along the stream a bit (the ground was too uneven to run), I emerged in the middle of a large equestrian park complete with a sizable number of piles of horse poop. I avoided the droppings, and continued on my rabbit trail, and eventually emerged onto a residential street where the average price of each home was probably several million dollars. Their back yards are equestrian parks, for crying out loud. I realized the reason I had never thought that this direction was an actual trail before is because it wasn't. I was quite happy when I finally found myself back on Orchard Road, and continued West, resolved never to try and explore in that area again. It was beautiful, but the whole time I was there, I was worried I'd be confronted by someone wondering what I was doing there. That's not a relaxing feeling. 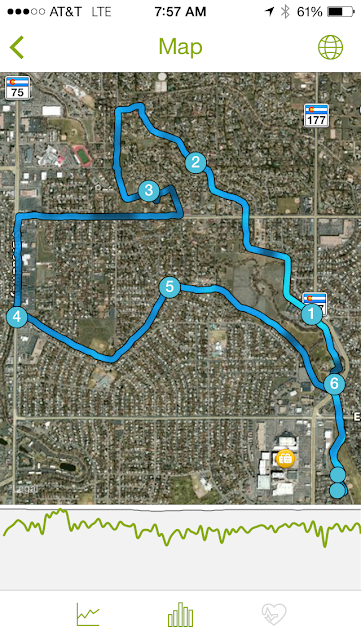