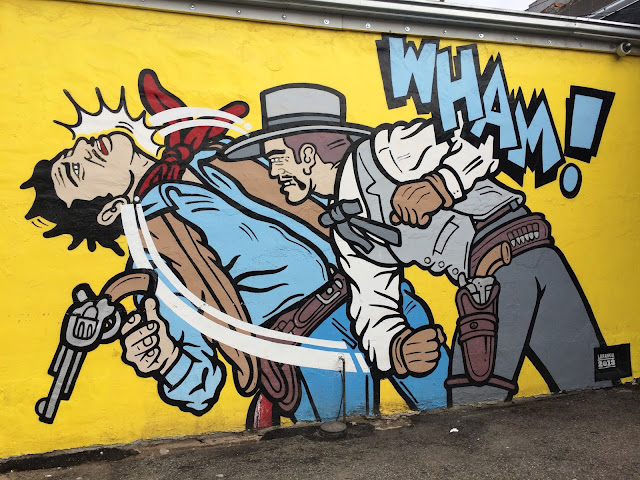 When I was a kid, the go to reference for the worst part of town was Five Points. My parents would talk about Five Points like it was Beirut. I felt like if I ever ended up there, chances were fifty-fifty that I would survive. Times have clearly changed, as I found myself running in a new direction, and suddenly I was in the midst of Five Points, and it was awesome.

The section of Five Points I went through looked like an art bomb had gone off. I found myself touring an alley where every inch of available wall space was covered with amazing spray paint murals. This cowboy mural was one of my favorites, but there were a ton of cool ones to view. I found myself taking a good 15 minutes to view all of the amazing art on display on the walls surrounding a random parking lot. It put me in such a good mood to have so much coolness on display to view for free. As I headed Southwest towards Downtown, I had a big dumb smile on my face.

I saw a lot of different parts of town on this run, from City Park to Five Points, to the Sixteenth Street Mall to the Capitol to Colfax and finally back to City Park. It is amazing how many different feeling neighborhoods there are in such a small area.

I was taking a longer run, as my entire family was out of town, so I was all alone with no one that was waiting on me to return, so I took my sweet time investigating places and I decided to take a pretty long 9 mile run. There was a reason I went so far beyond just feeling good...This run began my Sunday quest to exceed 50,000 steps in a single day. My previous high had been around 36,000 steps, and I was looking to crush that number. It took an insane amount of running, hiking, and walking, but by the time I went to bed Sunday night I finished with 55,403 steps and some very sore feet. 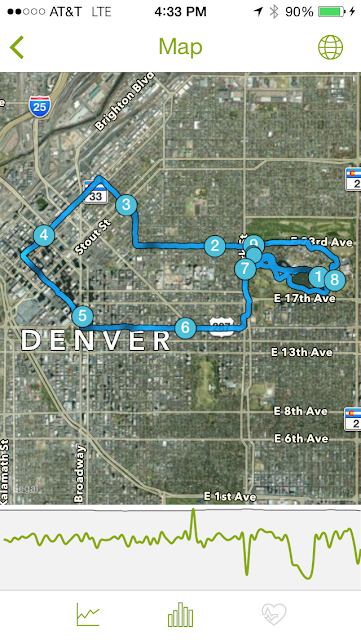