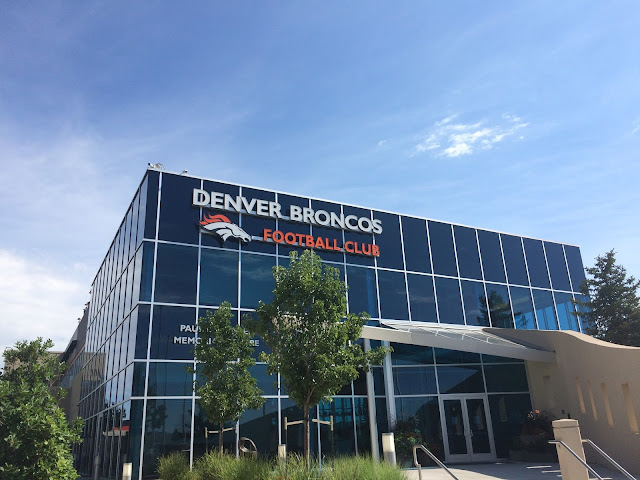 I drove to work on a Sunday. This is not behavior that I would normally recommend, but it worked well for my purposes on this particular Sunday. I parked in my work parking lot, went inside to use the restroom...a nice benefit of having a job there is the vast supply of clean bathroom facilities for my own personal use, even on a Sunday. Then while I left my car parked in the lot, I went for a run.

There was a reason beyond sanitary toilets for my beginning a run at the place of my employment. The Denver Broncos headquarters are only about two miles away, and on this particular morning, they were holding an open house to watch practice. I've never attended a practice at HQ, so I decided to check in to see what it was like. I was surrounded by a host of people in orange who, unlike me, were seemingly there to attend the entire two hour session. I spent about ten minutes watching my favorite football team stretch. This was very boring. I came to the conclusion that although I very much enjoy watching my football team play football against other football teams, I'm less captivated by that same group of individuals stretching their muscles in preparation to practice.

Also, there are very assertive men in official Broncos paraphernalia directing all of the fans exactly how to sit on the grassy knoll overlooking the practice field. These assertive men are not terribly nice. They appear to very much enjoy bossing people into straight lines. I would be bad at this job, as the primary requirement seems to be to yell angrily and not care if people find you off putting. I do not like to be off putting, so I would fail where these men succeeded, as they did have all of the orange clad faithful in very straight rows. Straight rows to watch men stretch...it's a wonderful life.

After leaving the Broncos facility, I ran through some nondescript streets. There were a few highlights such finding a Hindu temple in suburban Colorado...which was a little weird. Also, I found a street so marked with spray paint that it appeared to be a Jackson Pollack painting and I found a business with a back patio that was immaculately gardened as if it were auditioning to become one of the seven wonders of the modern world. Finally, I found the business home of Altitude Sports...the people who broadcast Avalanche and Nuggets games.

It wasn't an amazing run, but it was in a new place, and I did see Peyton Manning in the middle of it, so it was memorable. When I got back, I was able to get a large cup of ice water from my office before heading home. So to summarize...beginning and ending a run from work has it's benefits, stretching is not an exciting spectator activity, there are Hindu worship centers in Colorado, and the Broncos employ loud angry men to get their fans in orderly rows. I feel like we have all learned something today. 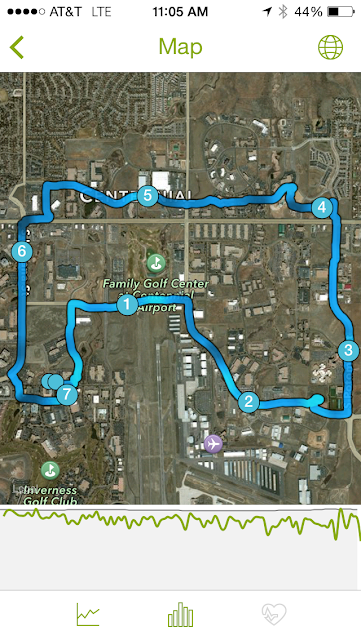