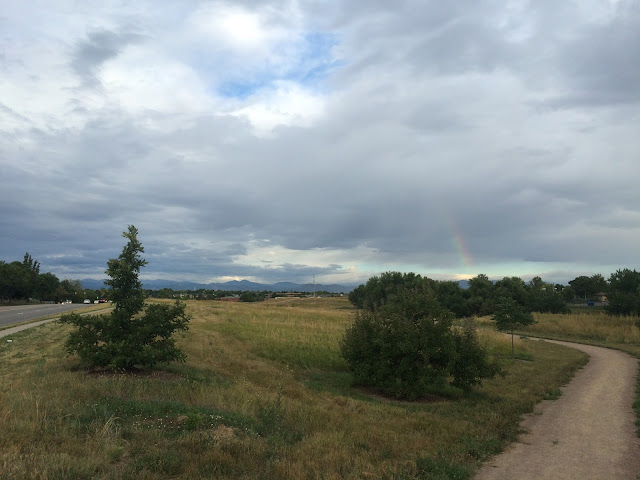 It rains so rarely early in the morning in Colorado that when a droplet hit my leg, I was actually confused. I started looking around to see if something earth bound, like perhaps an errant sprinkler, was spraying me. Then, as I started seeing more and more drops falling in the morning sun, I realized what was happening...but it took awhile.

I have been running very early in the morning ever since January when my shift at work was changed for me, and this is the first time it has even hinted at rain. It was very light, not enough to get me even a tiny bit wet, but it was definitely raining. A bit further west it was coming down hard enough to create the very rare Western sky rainbow. (As seen above) It wasn't much of a rainbow, but it was undeniably there and it was pretty cool, as usually you can't get a rainbow and the Front Range mountains in the same picture. I enjoyed the precipitation, but it's fine if it doesn't become a regular occurrence. 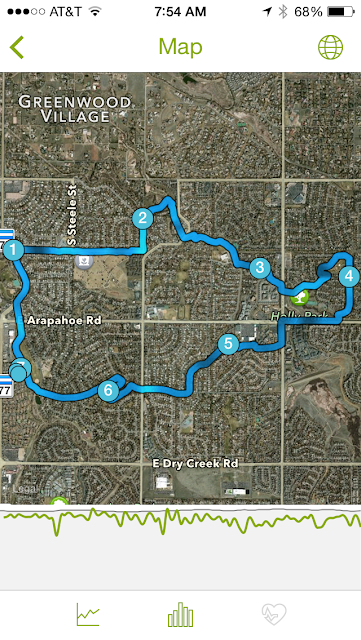