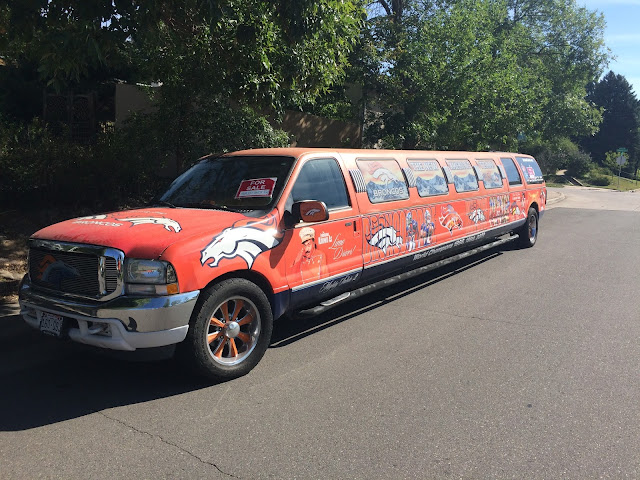 Sometimes, you just need to listen to Phil Collins. This was one such day. I didn't stray too far from the well beaten path of Wash Park, but Phil sang me along the way the whole time. The Tarzan Soundtrack is surprisingly an excellent collection of tunes to run with...except for a single song which features Rosie O'Donnell singing...an altogether unpleasant experience, and a track which I quickly skipped. Phil, however, is a very nice running soundtrack.

As for today's photo...even as big as a Bronco fan as I am...that SUV Limo is an abomination. It is for sale, and if you have an extra fourteen thousand in cash laying around, you can be it's new owner. Such an opportunity! I have to admit, I figured it would cost more than that, but apparently stretch SUV's are not as valuable as I would have guessed. That thing would be a monster to park, for sure. 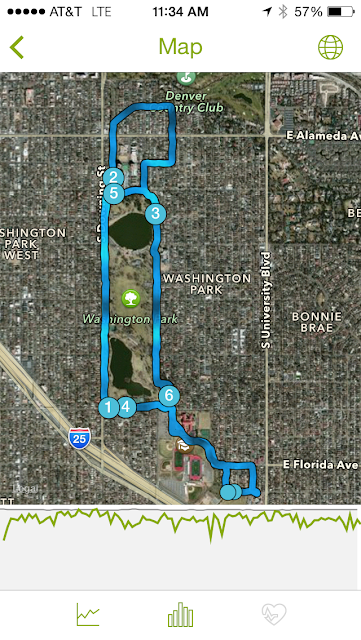