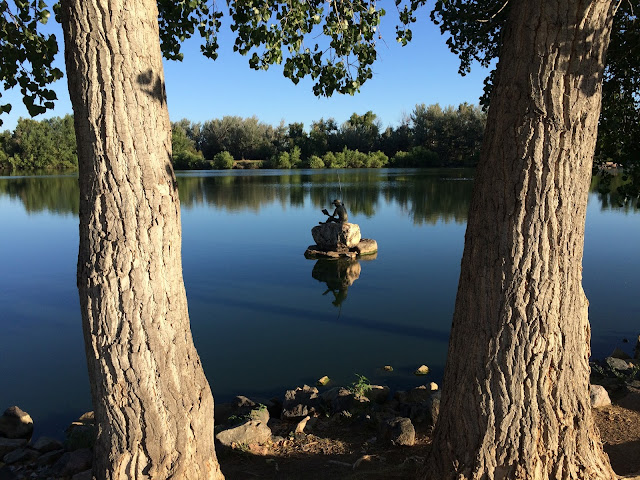 It's hard to get more inspired than being chased by a mom with a jogging stroller. This particular mom was very fit looking, and we were plunged into this pseudo melodrama (happening inside my head only) as we met at a stoplight this morning. We both were running from different directions this and were waiting to cross over Broadway to head down the Highline Canal trail. We exchanged a pleasant good morning greeting, and when the light changed, I took off and she took off right behind me. I didn't think too much of it until about a quarter mile down the trail I happened to look back and notice that I hadn't put nearly as much distance between us as I anticipated that I would have. Suddenly, I worried that she might have another gear, and horror of horrors...she might pass me. That would be emasculating. I've been passed by plenty of female runners, that is no big deal. However, to get passed up by someone with the added handicap of pushing a cart with their own progeny inside would be too much.

I pushed harder than I had all morning. My inspiration simply being stupid male ego. It was surely stupid, but also effective. I had one of my fastest miles late in this run thanks to this motivation. After about two miles of huffing it, she was no longer behind me. Likely, she left the trail at some point, but I prefer to think that I left her in the dust with my incredible speed. Either way, I avoided being passed, which is the result I was hoping for.

Today's photo is from a vantage point that I took a picture that won a photo contest with South Suburban Parks and Rec. I am beginning to think that I can create this picture at will, as I've done it several times now, and it always comes back as pretty awesome, so long as I take it in the morning with a bright sun and a still lake. This particular spot always looks awesome in pictures. I had assumed that I posted that picture on Run and Shoot, but a quick perusal of past posts makes it appear that I never did, so I decided to use today's picture because it is every bit as good as the award winning picture, and also because all the other pictures I took today were kinda meh. 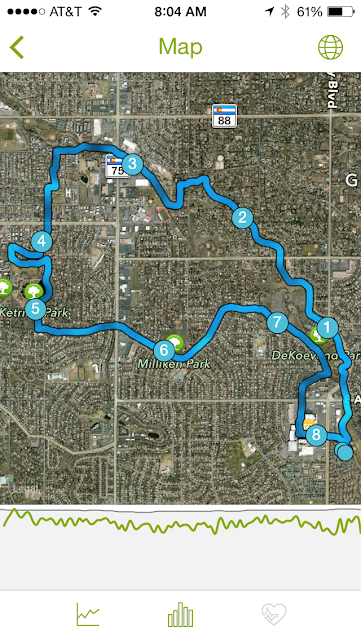