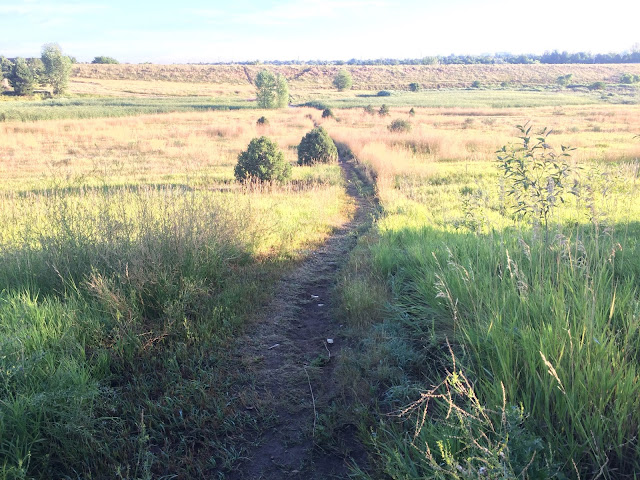 I was a mess today. Just a big, tired, heavy legged, way too much walking mess. I hadn't run since Sunday, so I should have been fresh, but for some reason, I had no energy at all. It was a disaster. I had no stamina. Plus, I didn't even take many interesting pictures. I ended up running mostly boring roads that felt entirely uphill. It wasn't a great outing. I still managed to squeeze almost seven miles of actual running into this slog, but sometimes they just aren't great experiences. We'll get em next time.