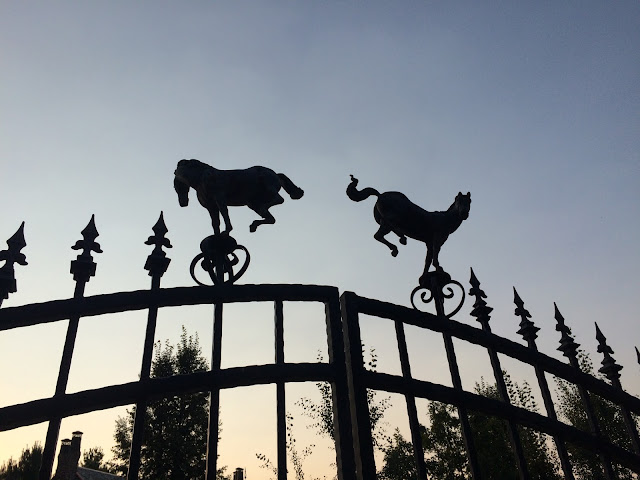 I did it to myself again. I just arrived at the Highline Canal Trail, and I stopped briefly to change my music when I was passed as I stood still by two women runners. I started up the music I wanted, and started chasing after them. They were setting a fast pace, but I pushed hard and got ahead of them, and then immediately regretted it. I didn't want to get passed up by them again, so I kept pushing hard for the next two miles, and they were directly on my tail for the entirety of this time.

I finally made it to the spot I had planned to exit the trail, and I stopped in exhaustion. I was about two and a half miles into my morning run and I was gassed. I walked for about half a mile and then began a steady rhythm of running for a bit and walking for a bit. It was a struggle for the rest of the morning because I had completely blown my wad keeping ahead of those ladies. Still, I managed to get seven miles of running in between bouts of walking, even if it wasn't very pretty.

I went much further North than I usually go, and I ended up in the middle of Cherry Hills Village. This is a highly affluent neighborhood, and one thing I've noticed about rich people neighborhoods is that they are not big on access. I kept trying to escape the main road I was on, but every street was a dead end. This is how I ended up so far North this morning that I hit the Southern Edge of the Cherry Hills Country Club Golf Course. It was a little frustrating not being able to find a way back to University Boulevard, but the cool part of heading so far north on Franklin St is that I was able to see some pretty amazing yards and homes that I'd never seen before. That is where today's picture came from as well, as one of the homes had a cool gated entryway with some horse statues at the top of the gate. I thought they photographed nicely, so that picture ended up as today's post. 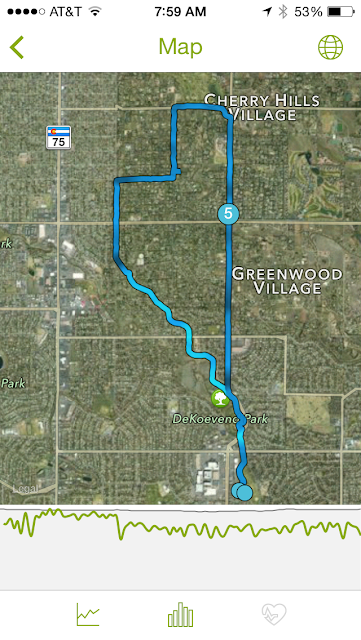