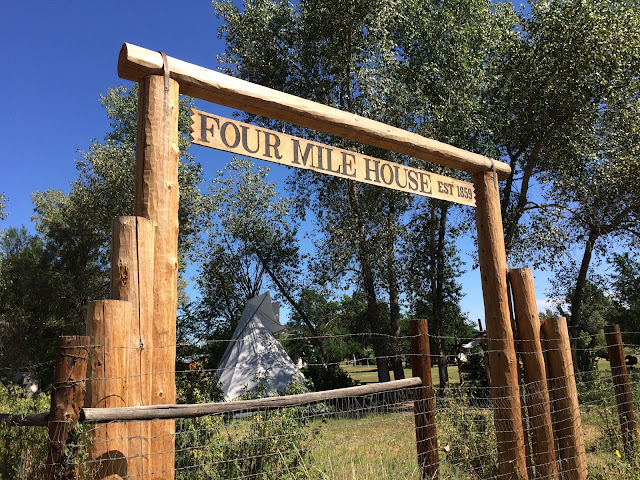 August 9, 2015
8.49 Miles in 1:19:08
Mood: Discovering old historic houses and new rugby parks.
Soundtrack: Band of Horses "Cease To Begin" and "Infinite Arms" and "Everything All The Time"

The Four Mile House is apparently the oldest standing building in Denver, dating back to 1859. It was the last stop for pioneers on their way in to Denver. People could stop in for a rest, a meal, or a drink. It was named because it was four miles away from downtown Denver. (I learned all of this on Wikipedia, so if it's wrong, you know why.)

These days the Four Mile House is a museum and farm, and I hope to visit it at some point. On this particular trip, I merely saw the fence and the cool looking sign. (Ironically, I found it at almost exactly the four mile point in my run.) Looks like it is some history worth checking out, but on this run it was merely an interesting site seen as I ran along the Cherry Creek Trail. This is a paved trail that I didn't really realized existed, but which I am now destined to spend more time exploring due to it's excellent views and wonderful areas for runners. I love when I find something worth coming back to when I wander off the beaten path. This run started on the well beaten path of Wash Park, but something was pulling me to go investigate further East, so after about half a mile, I abandoned the well worn path of Wash Park for mystery and adventure to the North.

Actually, the mystery and adventure had to wait a tiny bit, because about a mile and a half into this outing I had some gastric rumblings so quick and painful that I had to slow to a walk and make my way directly to the nearest restroom as quickly as possible. I had to mosey about half a mile north to a large church on Alameda and University. Thankfully, it was Sunday Morning, which I understand to be peak operating hours for a church building and more importantly a church building's restroom. A woman who didn't really understand why a sweaty guy in running shorts was asking her for directions pointed me towards the bathroom, and I thanked her quickly and about ten minutes later I felt like a human again, which was nice.

From there, I headed out and found the Cherry Creek Trail which I followed for a few miles. It is insanely busy with runners and bikers, and I very much enjoyed it, but I didn't want to get too far from my vehicle, so after a few miles, I left the trail and headed back west towards Wash Park. I found myself in Glendale and noticed I wasn't too far from Infinti Park, a place where a sizable amount of rugby happens, apparently. I had never been there, although I had heard about it, so I decided to go check it out. On the large practice field, a rugby team looked to be engaged in a practice session. The larger stadium area was blocked off with fences, so I could only see it from afar, but it looked rather interesting too. I definitely want to get back here at some point and take in the novelty of a rugby game. I will have very little idea what is going on, but it looks fun.

When I arrived back at Wash Park, I decided to take the long way back around to my car so that I could get one full loop of the park done in addition to the exploring that I had already completed. It finished off a long and fun run which added two new destinations for me to investigate further at some point in the future. I'll be seeing more of you at some point soon, Infiniti Park and Four Mile House. 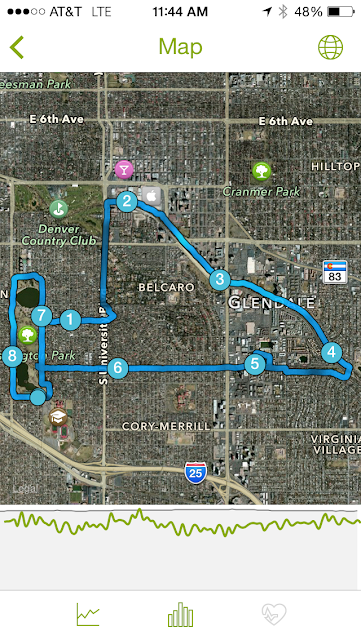