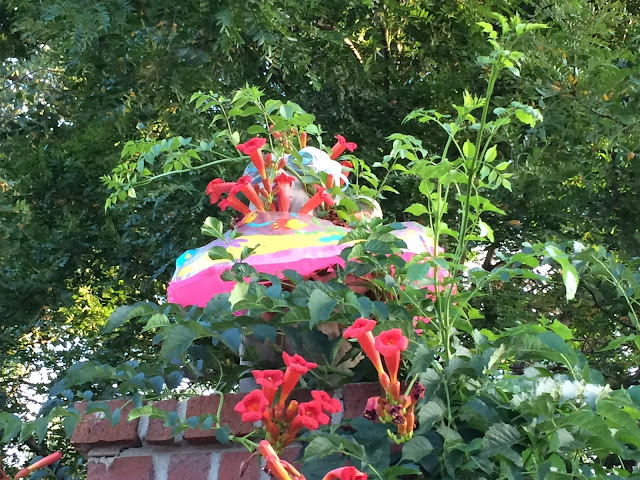 As I began running, I noticed that the first several people I encountered were all women. Then for some unknown reason, I began counting women and men. The oddest part of this counting was the first twenty people. They were divided evenly at 10 men and 10 women, but the odd part was that I saw five women, then five men, then five women, then five men. Then this weird rhythm fell apart, and I ended up seeing 35 women and 26 men total, with no appreciable pattern whatsoever.

Today's photo comes from the world famous (probably not actually world famous) Belleview Gargoyles. The person who lives there dresses them up seasonally. I have featured them several times before on run and shoot, including post 6, post 25, post 84, and post 192. This time, they are so covered in flowers that they are actually hard to see. However, under the flowers and vines, they are dressed in bathing suits. One has on a straw hat (that had blown in front of her in the wind) and a lovely woman's bathing suit and the other (pictured) is wearing an inter-tube and goggles. Glad to see that the gargoyles are keeping up with the fashion trends, and I'll continue to check in from time to time to see how they are faring. 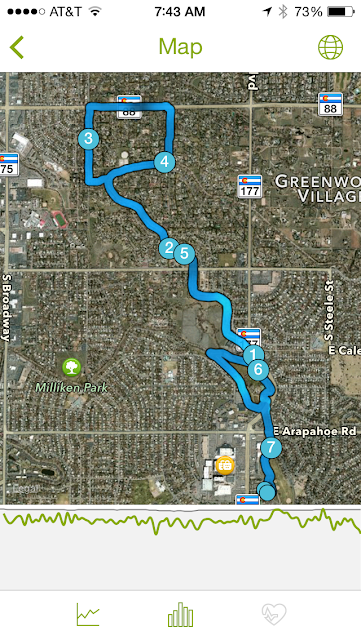